A conversation with filmmaker Elegance Bratton and producer Effie Brown

The Mason Center for the Art’s Visiting Filmmakers Series hosted a Q&A session on Thursday, Oct. 8, with filmmaker Elegance Bratton and “Dear White People” producer Effie Brown. The session included discussions on filming Black memorabilia, the background of Bratton’s film “Pier Kids” and his life as a filmmaker. 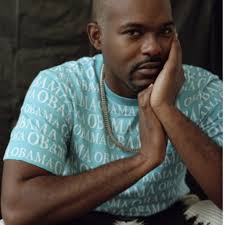 fers a glimpse into a community of LGBTQ+ youth — many of them homeless — that congregate in New York City’s Christopher Street Pier.

“[Bratton’s] integrity and his authenticity shines without accolades,” Brown said. “His humble beginnings entails what his ‘Pier Kids’ is about and why we are here today.”

Bratton grew up in northern New Jersey and lived with his mother. At the age of 16, his mother kicked him out of the house after finding out about his sexuality. She would only let him back in if he came back with a girlfriend.

“Eventually, I decided I had all my urges being in [New York City], so I packed my belongings in trash bags and went to the train station in the city,” he said

When he got there, Bratton realized he had nowhere to go and no one to help him.

”When I was at the station, I saw three Black gay men having the time of their lives,” Bratton recalled. “I assumed they were gay because they were being really flamboyant in public and acting in a way I never really thought you could. So I decided to follow them.” 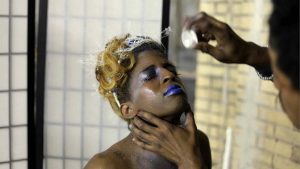 They led him to Christopher Street in West Village, a neighborhood in Manhattan. Years before, the neighborhood had been the home of the gay rights movement. For the first time, Bratton was welcomed and celebrated as a gay Black man — which pushed him to succeed.

“I was on the pier, asking myself what home is, looking for these real social connections,” Bratton said. “And then realizing in that moment: Home is this place where one is most deeply understood, and for me, that was the Christopher Street Pier.”

Bratton began filming “Pier Kids” during the summer of 2011 and finished in 2016.

“Pier kids is my term, I came up with it. By listening to the participants’ story in the film, the audience could understand what it meant to be one to them,” Bratton explained. “I had always written about what a pier kid is, so essentially I had evidence already.”

The production of the documentary itself also taught Bratton much about filmmaking. Bratton talked about something one of the participants in the film, Krystal, told him while filming. If he wanted to capture her story the right way, he had to make his camera her “friend.” That led him to realize that the people he was filming were not characters but participants. This changed the way he would make films moving forward.

“It reminded me of that childhood sweetness, how you would go through so much pain and turmoil but still end up as a good person, a person full of light,” Bratton said. “Which I saw as important to put in the story of ‘Pier Kids,’ especially showing the fears I went though when I was homeless — that a life lived outside is a life put at risk.”