“Lovecraft Country” cannot fit neat and tidy within one genre. It’s an experimental show where the writer obviously plays with the ideas of several different genres at the same time. Most publications have listed it as a drama/supernatural horror, but it holds elements of action, science fiction, historical fiction and more. If “Lovecraft Country” was an item on a menu, it would be a sampler where you could taste a variety of dishes in one.

The main character of the show, Atticus — or “Tic” as he’s called — starts on a quest to find his missing father in the Jim Crow South. In doing so, it’s as if he falls into an “Alice in Wonderland” type hole where he encounters mythical creatures, zombies and witches. He isn’t alone, though, and brings his old friend Letitia and his Uncle Greg with him. They both want to help Atticus but have their own agendas as well. 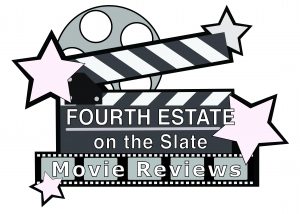 The nuances of this story might cause mainstream companies to shy away in fear that their larger audience wouldn’t understand the concept of the show. Despite this challenge, showrunner Misha Green was not dissuaded — and then HBO picked up the show during her pitch.

“When I first read Lovecraft Country I immediately knew it had the potential to be a show unlike anything on TV,” read Green’s pitch notes, which she posted on Twitter. “It’s not horror. It’s not scifi. It’s not fantasy. We’re not approaching this asking what it is. We’re approaching it wondering what it can be.”

“Lovecraft Country” was released in August, and has slowly but surely been gaining media attention. The show was released during an opportune time because it is set in the Jim Crow South and there has been much discussion around race and social inequality throughout this year. It’s like watching “Selma” or “Glory” but with a crazy twist.

This year has proven a challenge for the entertainment industry. Our world is heading in a new direction so it only makes sense that directors and producers would want to follow the trend of mixing genres and telling stories that haven’t been told before.

The cinematography is not exceptionally notable. Though the shots were standard, the story is intriguing once you get through the background and scene setting. While some shows focus on the specific angles, motion and pace of the shot, “Lovecraft Country” does not. However, this doesn’t take away from the novelty of the show because there is so much more going on.

This show seems like an answer to film enthusiasts who asked filmmakers to portray stories of Black characters besides the usual slave, gangster or servant narrative we often see from Hollywood. Shows like “Lovecraft Country,” movies like “Black Panther” and many more are starting to create a wider spectrum of stories for Black actors by Black writers.

Culture entertainment On the Slate
culture HBO on the slate tv