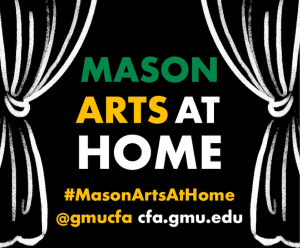 Photo Courtesy of the Mason CVPA

The College of Visual and Performing Arts has not missed a beat when it comes to keeping their Visiting Filmmakers series going. This past Monday, they hosted Erica Ginsberg, the co-founder of Docs In Progress, who spoke about keeping creative resilience during this pandemic.

Docs In Progress is a nonprofit incubator for those who want to get a start in filming documentaries. The organization works with a diverse group of filmmakers, from those learning the basics all the way to seasoned filmmakers who want to stay up-to-date with modern styles and trends.

Ginsberg started the meeting by talking about her own experiences when getting into filmmaking. She shared about her initial struggles getting into the field, working for the State Department part time and taking classes on the side as she slowly learned about the filmmaking process.

It wasn’t until 1999 that she got a chance to put her knowledge to the test. That year, while the U.S. was intervening in the conflict-stricken Balkans, she met someone who wanted to make a film about it. Five years later, Ginsberg co-produced her first documentary.

After this, Ginsberg was able to create Docs In Progress and create a place for people who were in a similar situation that she was once in. She originally didn’t plan on Docs In Progress becoming a 501 (c)(3) nonprofit organization; she just wanted to create a place to give filmmakers a start. Now, 10 years later, her project has grown immensely and become very successful with a youth summer camp, fellowship program and community film festival held annually.

After talking about her past, she got more into some advice for staying resiliently creative during tough times. One nugget of advice she shared is something many aspiring documentarians can relate to: Ginsberg told those in the meeting to use Netflix as a means of homework. She encouraged the audience to check all kinds of different content that the platform has to offer.

She also told the audience, “You have to separate who you are as a person from the work you create.”

Ginsberg mentioned a few other tips as well: make room to be inspired by others, have some screen-free time each day and do something each day where you have full agency.

“Remember that resilience is not a goal, it is a process,” she said.

And to those who feel unproductive during this time at home, Ginsberg had this to say: “There are some days where all I do is laundry, and that’s okay.” Sometimes, she theorized, the best way to keep creatively resilient is just to be a little productive, especially with all the current stressors.

“Go and make films, as best you can,” Ginsberg told those in the meeting.