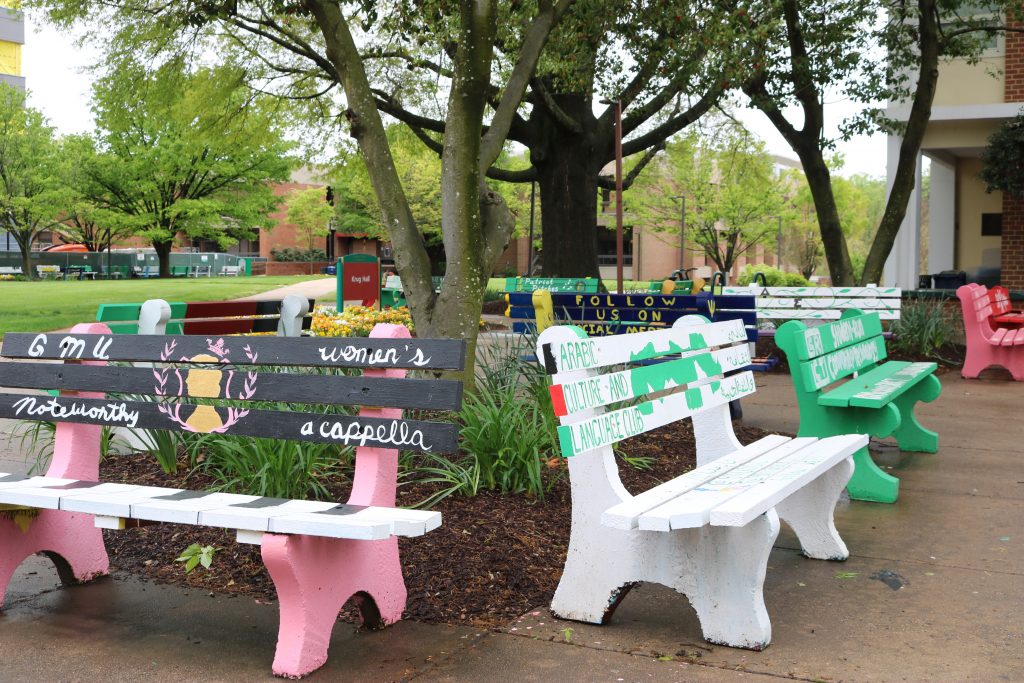 How groups are working to stay connected despite the distance

There has been talk about almost every stumbling block thrown onto college students’ paths due to quarantine — having limited time to move out of dorms, how their classes will be changed to an online format, what their grades will now look like and the uncertainty of tuition.

The logistics have been tough, but the loss of students’ social circles has been just as devastating.

With the in-person semester ending the way it did, Mason’s registered student organizations had no time for hugs and heartfelt goodbyes, and little to no discussion on how their group would move forward as members were split across the state, country and world.

“The coronavirus really sucks,” he said. “The club was a great outlet to have conversations that we don’t usually have with those we know … what we’re planning to do is start doing online meetings through Zoom or other programs. It won’t be the same though, I’m sure — it’s always better face-to-face.”

Sur continued, “We don’t have a moderator or anything like that so it’s a bit of nonsense, but it’s fun to talk about all that, especially since we don’t have anywhere else to express those views.”

Another sector of Mason dealing with the loss of their community are members of Greek Life. However, the Panhellenic Council is working hard to keep everyone connected.

“During this time, our council has worked to prioritize the members of our community by promoting overall well being and focusing on academic success,” Vice President to the Council Elizabeth Wanersten said

Wanersten spoke about their strategic uses of social media to keep in contact with one another as well as continue to work towards their philanthropic goals.

“We recently started a Panhellenic Academics page on Facebook, and have been sharing tips to help our members adjust to online courses, and also invite them to pursue additional academic endeavors,” she said.

She continued, “Through our social media platforms we have launched various campaigns, one of which being to recognize Panhellenic women working on the front lines. In addition we have partnered with the Boys and Girls Club of greater Washington and arranged a fundraiser where we were able to raise over $1,700.”

Mason’s Pride Alliance is working overtime to provide resources to all its LGBTQ+ members and those included in the community.

Vice President of Pride Alliance James Condo explained the organization’s mindset moving forward into the rest of the virtual semester.

“We were just kind of like, ‘well we still have to move forward’ and try and do things to stay connected and give people resources,” Condo said.

He continued, “Especially because so many LGBTQ+ people might be going back to homes that aren’t necessarily safe spaces for them.”

During quarantine, Pride Alliance will be planning for the upcoming fall semester. Just before Mason’s in-person closure, Pride Alliance had recruited their executive board for the 2020-2021 school year.

As conversations of support and advice could not be held in person, current members of the board sent letters to each recruit detailing how to be prepared for their new position.

Condo stated that while the organization is continuing to organize themselves for the fall, communication has been difficult.

“[It’s] so difficult because it’s just hard to organize anything when you’re hundreds, thousands, whatever miles apart,” he said. “So I think that definitely has been an adjustment we’ve had to make.”

President of the Association for Women in Mathematics (AWM) Cigole Thomas stated that initially she and her organization were apprehensive about how the rest of the semester would look for them. However, after their first online meeting, the girls knew their community would remain strong despite the circumstances.

“Above all it was a relief to be able to see and communicate with friends,” Thomas said. “This initial meeting enabled us to access the situation and discuss what we can do during this period of isolation.”

To stay connected and spend time with one another, AWM holds weekly virtual coffee hours and will be hosting a virtual origami workshop for their members on May 1.

“At first, we weren’t sure what was going to happen, so there was a lot of consideration about how to best reach people, but I think we stayed super calm during it all,” Powers said.

Powers continued, “We are having our same weekly events at the same times, just over Zoom. It’s been really awesome to connect in that way and know that our bonds don’t have to be broken.”

Jazymne Rogers, another member of Christians on Campus, stated, “Our amazing club staff will send out reminders to members so everyone can stay connected. We have also started a YouTube channel called Mid-Atlantic Christian Students, so we can continue to make content for students at Mason, and students at our sister clubs at other universities.”

Rogers explained that weekly Bible studies and ministry nights are available on Zoom.

“Although this method is very different, it is still great to see everyone and continue our fellowship,” she added.