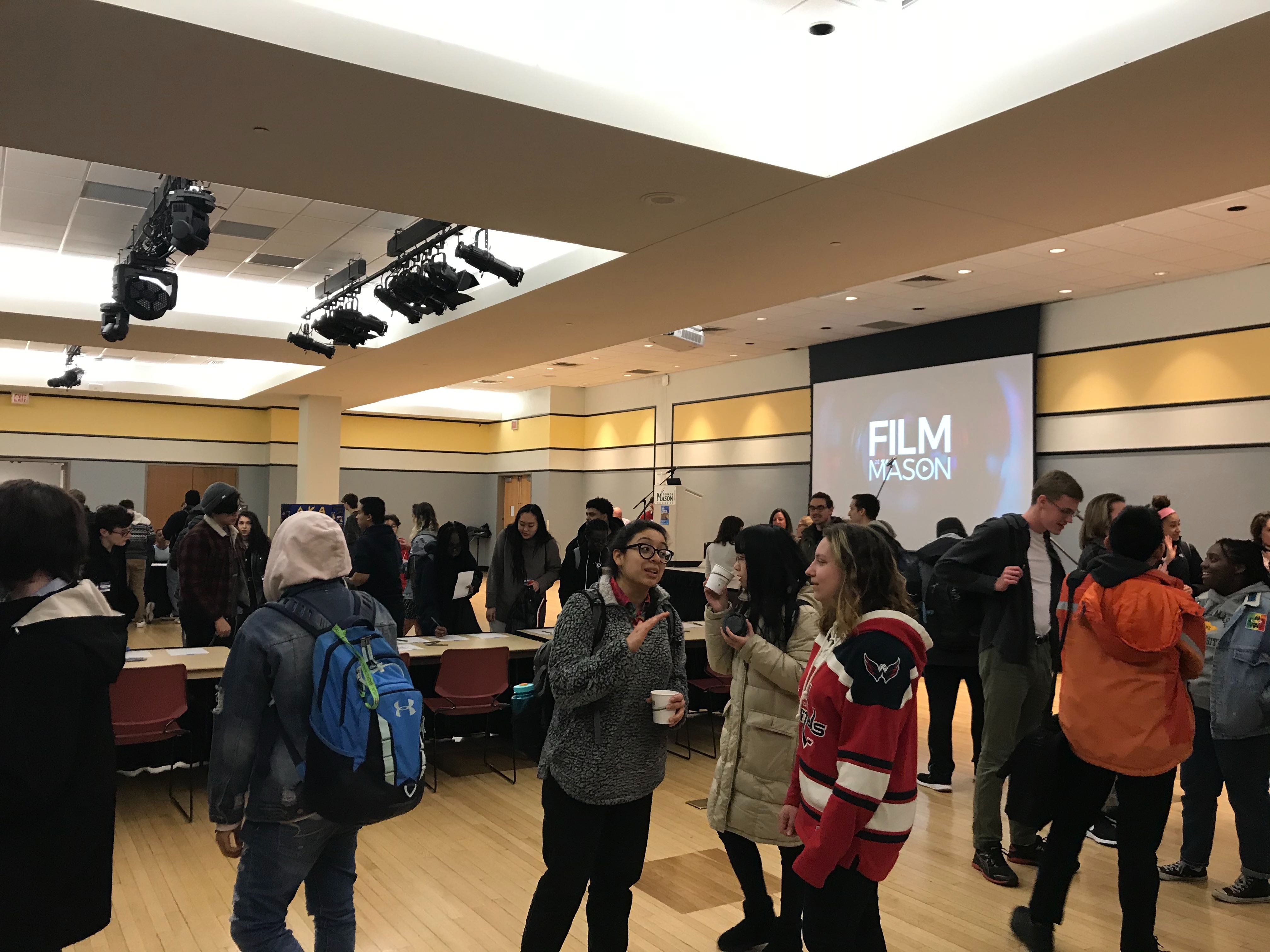 At the start of every semester, Mason film students come together to bring their talents to collaborate and make great films.

This year, the event, called Film at Mason Winter-Warm Up, took place on Friday, Jan. 31, in Dewberry Hall. The event saw a large turnout from Mason filmmakers eager to get a chance to put what they learned in class to use and showcase their talent. Aspiring directors, producers, cinematographers, editors and music composers all turned out to see what they could create together.

That’s why Taj Kokayi, a sophomore Film major and student ambassador for the Film school, made sure he attended this year’s event. Despite only being a sophomore, he had the chance to direct a project last semester and came to this event to see if he could collaborate again with other Mason artists.

When asked about the Winter-Warm up, Kokayi was excited. “It’s a great time to connect with other film students,” he said.

Although only seniors graduating in May are required to make a film, all the students in Film and Video Studies (FAVS) seemed eager to get to work because, as one professor put it, “The best way to learn filmmaking is to be on set!”

After getting a chance to socialize with each other and speak with the directors and producers about their senior projects, a number of FAVS professors went on stage to introduce themselves and give students some advice. Afterwards, directors came on to discuss their projects and their vision for the tone, cinematography and music.

The ideas presented by students for their senior projects were as creative as they were diverse, with topics dealing with issues as serious as freedom of expression and human trafficking to comedies and fantasy. For example, one student presented their idea of making a movie about a town where everyone is a clown!

Even though students knew of the topics selected by the seniors, many came undecided and wanted to hear from the directors and producers themselves. Moamen Ahmed, a senior in Film and Video Studies, hoped to find a project that inspired him at the event.

“We already know what the movies are because we got it in an email, but so far, there is nothing I really like,” he said.

While the Film at Mason Winter-Warm Up is an event generally only attended by film students, the showcase is open to students from all disciplines.

Even if you do not intend to work on any of the projects, seeing all the ideas that fellow Patriots have come up with is awe-inspiring, and you get to do that all while drinking delicious hot chocolate!