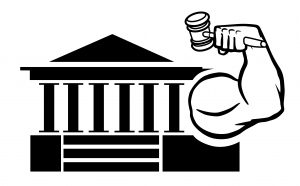 On Sept. 12, 2019, the U.S. Supreme Court officially ruled to allow enforcement of a new Trump administration rule that will prevent most Central American migrants from seeking asylum in the U.S. This new policy is meant to deny asylum to anyone who passes through another country on the way to the U.S. without seeking protection there.

The new order had been blocked by U.S. District Judge Jon Tigar in San Francisco two months prior in July. It was overruled by the 9th U.S. Circuit Court of Appeals, who diminished Tigar’s order so that it applied to Arizona and California.

Tigar later appealed when the 9th Circuit enforced the policy on asylum seekers in New Mexico and Texas, but the 9th Circuit again dismissed the order on Sept. 10, 2019. The Supreme Court’s action will allow the Trump administration to impose the new policy nationwide while the court case continues.

Mason’s Hispanic Student Association (HSA) commented on the ruling, stating, “HSA is utterly disappointed with the ruling because many of our members are from Central America and first-generation. This ruling does not reflect the principles of this country.”

HSA continued, “Our parents came to this country in hopes of a better future, however, this ruling prevents others from that opportunity. Nevertheless, we are here to support and empower la comunidad.”

One member of the HSA, freshman Arianna Acosta, voiced her opinion on the ruling.

“I think the Supreme Court decision to deny nearly all asylum requests from Central Americans and other migrants is inhumane and cowardly … They don’t only come here for the “American Dream,” but to avoid getting murdered by gangs, to avoid getting raped and left to die, to avoid having their sons or daughters being left motherless or fatherless,” Acosta said.

Acosta continued, “We live in a country where we can help and prevent these situations from happening to innocent people, but due to the ignorance of many people, America will continue to strive to be “great again” while denying immigrants the right to live safely.”

Another member of the HSA, freshman Joaquín Perez, voiced his concerns on the matter. “Being a Latino student, I feel for them. The United States has an interesting history of blocking immigrants from getting asylum, which is unfortunate based on what this country says to believe,” said Perez.

“The high court ruling leaves the Trump administration free to apply the new policy to immigrants who crossed the southwestern border from mid-July onward. It does not apply to those who arrived earlier or who enter the U.S. by boat or plane,” according to Politico.

Currently, over 45,000 people have been turned away from the United States as of 2018 and are now waiting in limbo across the border in Mexico, hoping their asylum claim passes. In the meantime, this new policy will go into effect.