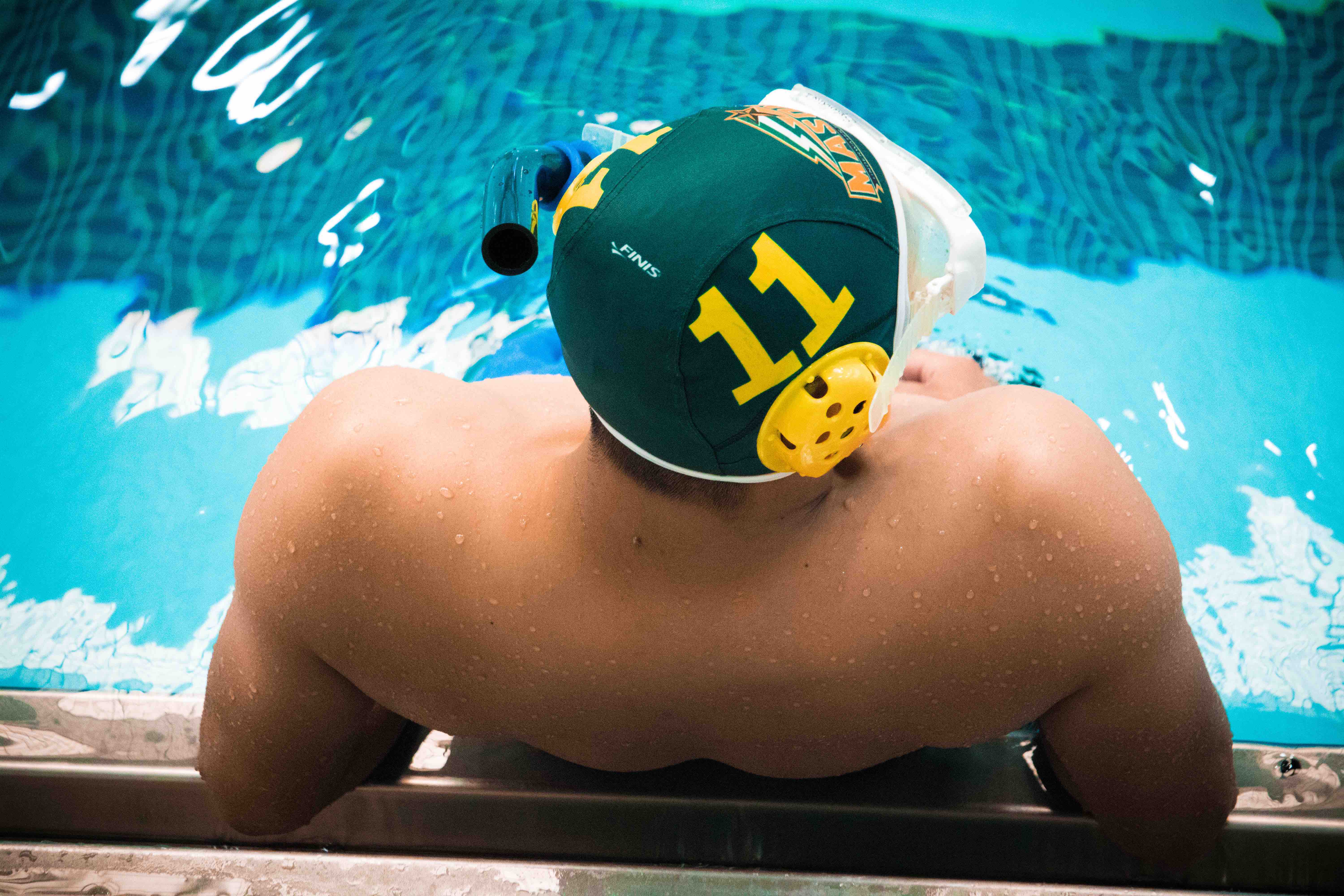 Underwater hockey … that’s an actual thing? You bet it is. Underwater hockey, or Octopush, as it is commonly referred to in the UK, is played at both national and international levels.

“They help us out a lot,” Brennen Leresche, the president of Mason’s Underwater Hockey Club, said. “They help coach us, because they’re typically the better players who actually participated in world level tournaments, so that’s pretty cool.”

Underwater hockey is played with six players in the water, with each playing the position of either a forward or back―or a mid position, depending on the setup of the players.

Equipped with snorkels and flippers, players use underwater hockey sticks, which are about a foot in length, to push a two-and-a-half-pound puck into their opponents’ goal. There are no goalies, so it is the responsibility of all of the players to defend the goalmouth.

Forwards always try to attack the puck, taking positions on the near, center and far sides of the pool in order to best their opponents.

Mason’s Underwater Hockey Club is open to all skill levels, as many people who come to school here do not have underwater hockey experience. Leresche and a friend of his were intrigued by the sport when they learned about it at freshman orientation. “We heard them talking about underwater hockey … and we decided we wanted to try something a little wacky.”

The club is responsible for about 30 percent of its own funding, as the rest is taken care of by Mason Recreation. The dues to be a member of the team are $100 per semester. Money is allocated to the equipment for rookies and communal equipment for those looking to try the sport out. It is also used for the transportation and hotels necessary for competing in tournaments.

Though the sport is not the most common, that does not mean that its players do not take it seriously. The team practices three times a week, incorporating scrimmages into practices to make up for the lack of competitive games that are played in the college scene. Leresche is in charge of such practices, making sure that the team starts and completes drills and activities in a timely and effective manner.

Though the Underwater Hockey Club does not see a lot of game time, the group participates in about four tournaments per year. The club traveled to UMass Lowell for one this past weekend to compete in a two-day tournament.

Underwater hockey is an intense sport.

According to Leresche, there are players who still have pains from past encounters with the puck. The puck can be quite painful if it comes into contact with a player, particularly if it hits them in the face. This is where the protective gear―such as gloves, ear plugs and mouthguards―comes into play.

Much like injuries, penalties can pop up when people play too rough. Leresche explained that underwater hockey, while competitive, is not exactly a contact sport. Body-checking someone or slashing at their hands can earn a player a penalty, but simply playing for the puck while being competitive and aggressive is not something that gets people in trouble.

The team atmosphere that the club cultivates is refreshing. “We all make fun of each other in the water so much, but out of the water, we’re always pretty good family,” Leresche said. “So we always forgive each other for the stuff we say.”

Why should people play underwater hockey at Mason? “You probably will never have another opportunity to,” Leresche said.

“You either like it or you don’t like it, but you can say you tried underwater hockey once.”