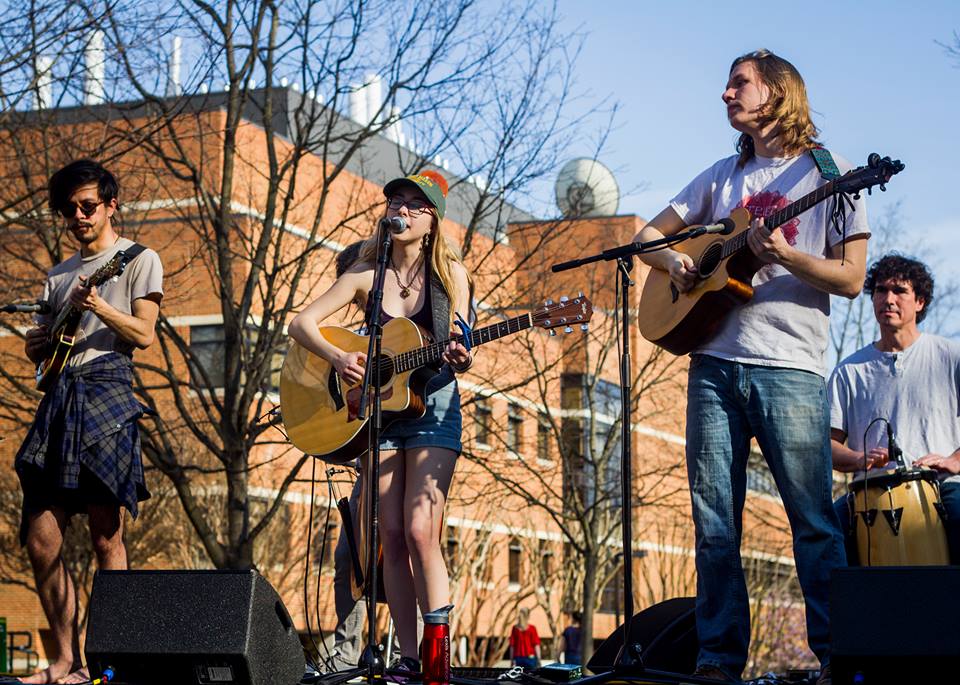 Senior Abby Rasheed’s favorite song she’s created, “Lunar Letdown,” from her debut album, “Carried Away,” starts slow. A guitar and tambourine can be heard in the background as a saxaphone steals the show, playing a melody that can almost be called mournful. As the drums and Rasheed enter, crooning about a man who “turns his head way too soon” and is always “down by the moon,” while strumming along on her acoustic guitar, you do not know what you are going to hear next—something that you could also say about the rest of the album and Rasheed herself.

“At this point, I’m not trying too hard to produce music from a particular genre,” Rasheed said. “I think eventually it would be a nice little challenge to try to make music for a certain genre …  try to play songs different than I’ve played before; but right now, I’m just kind of writing what feels natural and pushing myself a little bit.”

For Rasheed, who started performing when she was 14 years old, what feels natural can take a while to be heard by others. Songs for “Carried Away” had been in the works long before the album was released. One, a short acoustic ballad titled “Broken Furniture,” was released as a demo in November 2016, nearly two years before the album with its newer version came out.

“I feel like I worked on the album for several years, because I really wanted to make that happen, but I didn’t know that much about the recording process or how to get musicians to play with me on it,” Rasheed said. “I didn’t have the resources, and I didn’t make the time yet, so when I finally did it, I was really proud to get something out there. And we kind of did it ourselves, with a lot of help from a lot of different people [and] students. So it was very DIY but very fun and a good learning experience.” 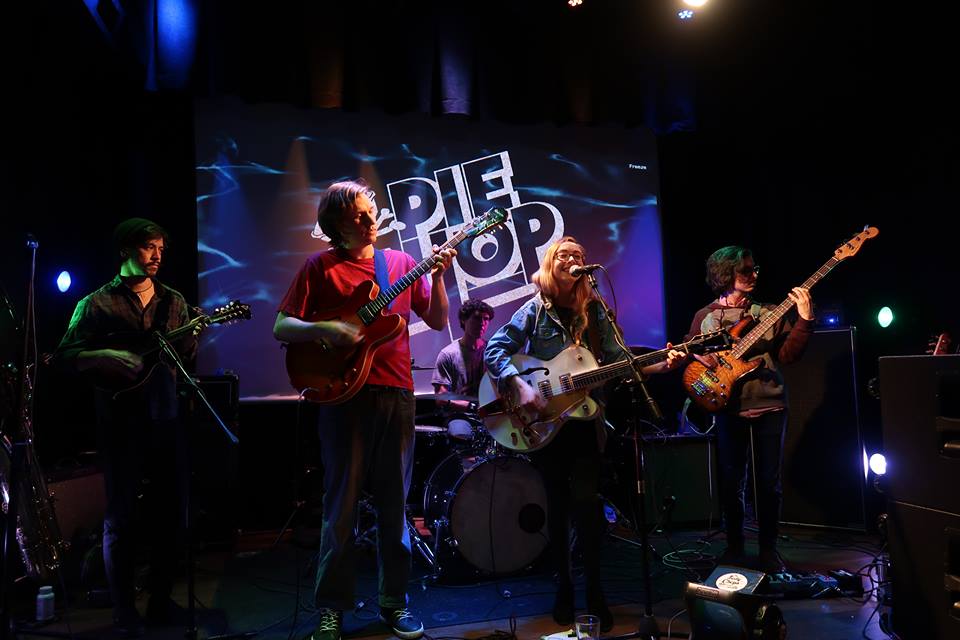 Some of the students heard on “Carried Away” are ones with whom she still plays often. Saxophonist John Longbottom, bassist Massimo Zaru-Roque, electric guitarist Jack Philipoom and congas, shaker and tambourine player Mark Rudnicki are now members of Abby Rasheed and the Sundry Collective, along with Rasheed and Nick Lee, who plays mandolin for the group.

“I play solo sometimes, but I do like to play with a band,” Rasheed said. “I prefer it. I think it gives it a fuller sound, and I think everybody enjoys it a little bit more, too, when we play. Everybody does have their own project that they work on, too, and then when we play in this band, I write the songs, and they help me make the songs a lot cooler.”

All of the musicians on the project are heavily involved in music outside of the group. Zaru-Roque is currently the president of Mason Noise, a music tech club on campus and the audio engineer behind “Hawaiian Brothers Forever! Presents: Hawaiian Brothers Together​.​.​. Forever!” a project featuring fellow Sundry Collection members Longbottom and Lee. Philipoom plays guitar for a group called Lake Anna, which Longbottom, Lee and the drummer featured on “Carried Away,” Patrick Foult, are all also involved in.

Rasheed had nothing but good things to say about her bandmates and praised their musicianship. “Jack and I have been playing together for a long time, and he is one of the best guitar players I know,” she said about Philipoom, with whom she has been performing since the demo of “Broken Furniture.” She continued, “He’s really good at jazz, but he can play anything, and he’s a good listener. I think that’s why I like playing with him so much, because he’s good at listening to what other people are playing and playing along tastefully, not overdoing it or noodling too much in it.”

Rasheed’s music is in part inspired by both the area that she is from and the area she lives in now. Staunton, Virginia is known for the American Shakespeare Center and Mary Baldwin University, as well as several festivals that are held there during the summer. She grew up there, participating in open mic nights and the local scene, which is where she got her start in music.

“And then when I came to college, immediately I searched for a music club, because I knew I wanted to get involved with that, and then I found the Music Productions Club,” Rasheed said. The club provides opportunities for music made at Mason to be heard by a larger audience, including fellow musicians and music enthusiasts. She became its treasurer her second semester, then the president for a couple of years after the one before her graduated.

“I’ve grown a lot at Mason, definitely,” Rasheed said. “The Music Productions Club … helped me become more confident in my leadership and in my playing. And then the guys I play with, too, they’re just really good, and they help me grow, too, because I want to be as good as they are at their instruments.”

Currently, Rasheed is working on some new music that she hopes to debut soon. “I’m working on writing some stuff, finishing some songs, and then there are also songs we have in our sets we’ve been playing for a while that we haven’t recorded yet,” she said. “Our sound also kind of changed this year, so I want to start recording again this summer, after graduation.”

Rasheed also wants to go on a tour sometime this year. “We went on a really small one last summer, so I want to plan a bigger one this year,” she said. “Maybe not in the summer. It might happen to be after that, but it’s something that I really wanted to do for a long time. And I’m hoping I’ll get to do [it], because … being able to play in different environments for new audiences, that’s a dream.”

Abby Rasheed and the Sundry Collection have several performances coming up soon. They will be playing Plazapalooza, a music festival at Mason hosted by the Music Productions Club this Friday, April 19, as well as “Hometown Thursday,” a concert where both they and student band Cinema Hearts will be playing.