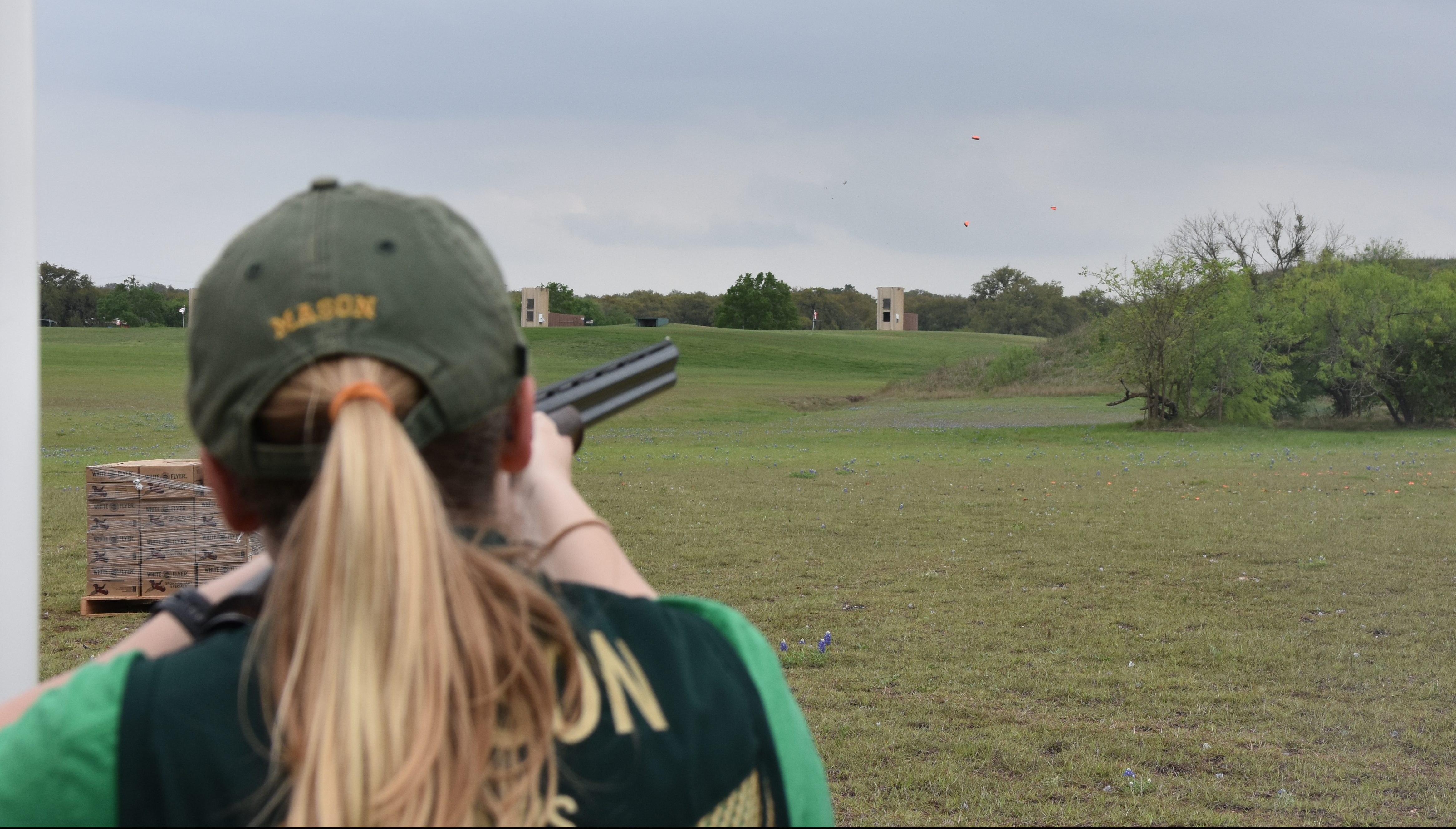 Three practices a week. A week-long national competition. Hundreds of dollars paid in dues. This is all part of what being a member of the Trap and Skeet Club at Mason entails—for the privilege of being able to shoot with the team.

“To me it is fun, it’s exciting, it’s something that I’m proud to say I do, and then it’s also a stress reliever,” said sophomore Lindsey Davis, who serves as treasurer of the club. “Just like people who play soccer, for example. Soccer, it’s just a game, but it means so much more because it’s something that they’re able to do and it’s something that defines them, and that’s how it is for us.”

Davis has been a member of the club since last year. “I was originally pistol shooting my entire life, and when I wanted to go to college I was just looking into different teams, and I saw the trap and skeet team and I thought, ‘Why not give this a try?,’” she said.

Trap and skeet are two different events that both involve shooting at a clay target that is thrown out of a machine, scoring points for each shot that is made. The club competes in American trap and skeet, international trap and skeet, sporting clay supersporting and five stand.

The club requires members to practice safe gun handling at all times.

“Our basic rules are you must have basic gun safety skills,” Davis said. “If you don’t abide by that then we will remove you from the team, and then there are other minor requirements throughout it, but that is our basic requirement to become a team member.” 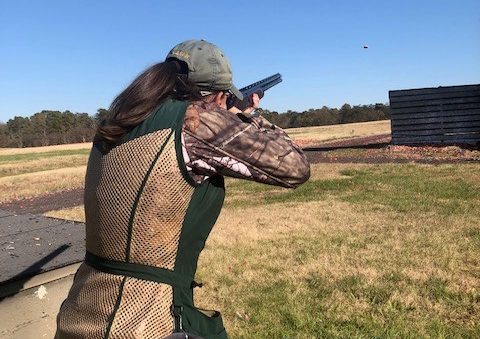 Other requirements including communicating properly with the team, being on time for practices and paying the $25 weekly dues that the club requires. “Basically what every other club on campus would have the basic requirements,” she said.

“Everyone definitely needs to put in the time to be successful,” she said about the time commitment of the club. “If you don’t put in the time, then you can’t improve. And obviously part of our goal is to make sure that everyone can improve to the best of their abilities. … It’s partially muscle memory, it’s partial learning, it’s … being able to interpret what’s happening on the field and you can’t do that if you’re only practicing one day a week.”

While shooting is expensive, the weekly dues are required for all members, even the members of their practice squad who cannot commit full-time to the club.

“Shooting is a very expensive sport,” Davis said. “It’s not like football, where you can buy 20 footballs at the beginning of the semester and be good for the rest of the year. Because we shoot … obviously you’d pull the trigger once and that ammo’s done, you can’t reuse it.

She continued, “Then clays, you break ‘em you have to pay for ‘em. So our club dues, while they are more expensive than other sports, if you do the math it’s actually a really good deal. [If I were] to go and practice for the same amount a week on my own dime, I’d be paying closer to, let’s say, 200 dollars a week compared to 25 dollars a week.”

In the end, the amount of energy and money that they give to the club has paid off.

“Everyone on this team has improved drastically, from the time they first began to the time that they are now,” she said. “Most of us on the team hadn’t even picked up a shotgun before they joined the team, or not long before. So people usually come to us relatively inexperienced, and then the team helps provide and bring them closer together and increase their scores.”

For Davis, what she likes the most about the club is the time that she spends with other members of the team. “My favorite part about it is probably the interaction with your teammates and then other teams in the area,” she said. 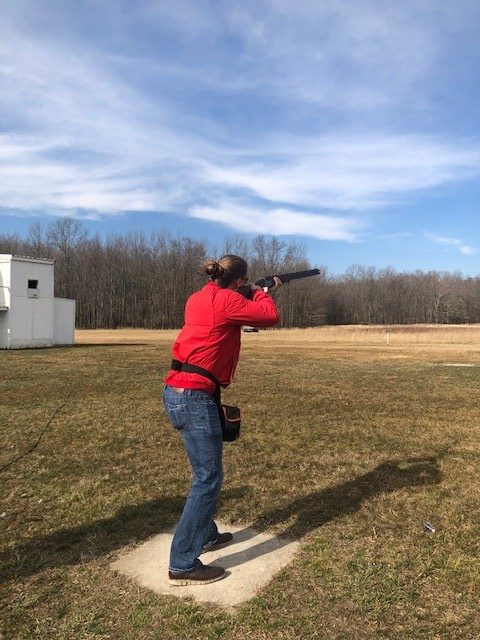 “We do a lot together, like we’ll have cleaning parties or we’ll go and have scrimmages with other schools, and just being around all these people with completely different majors, ideas, political views, all of that, like we all—you interact with people that you never would have decided to interact with before, so you really get a full well-rounded experience,” she continued.

This year, the club is currently in a year of rebuilding, as several members have moved on from the club due to events outside of their control. The team is currently recruiting more students to join the club.

Jewel Triggs reflects on her time at Mason