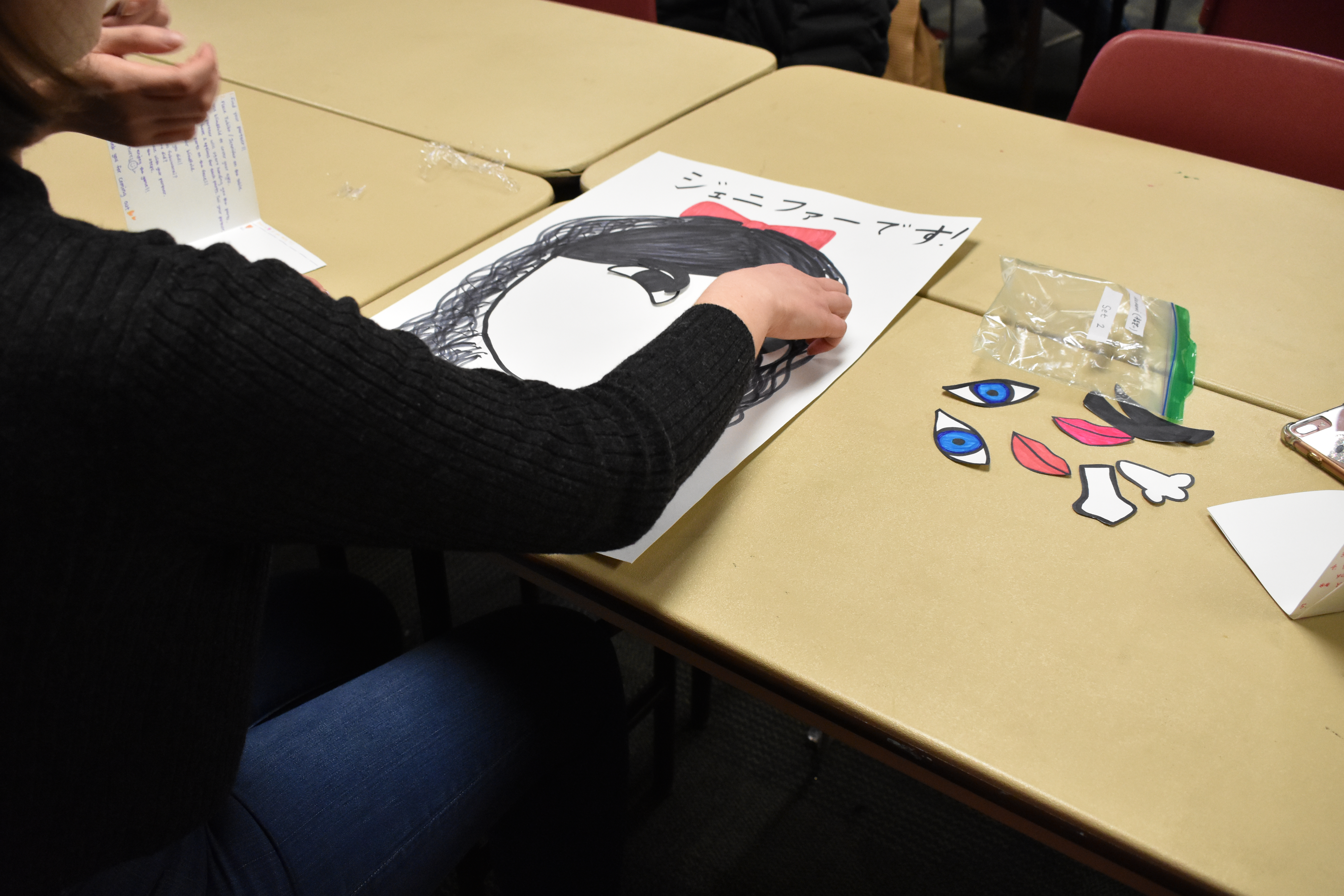 JSA, which has held origami nights in previous years, wanted to expand past just doing origami.

“We decided we wanted to have something that kind of went a little bit more past origami, and so we tried to expand on some arts and crafts and little games from Japan,” said Angel Umana, a physics major who serves as treasurer for the club. “So we just kind of bundled a few things together and called it a culture night. So the inspiration kind of just came from previous JSA origami nights and then just a few other people just pitching in.” 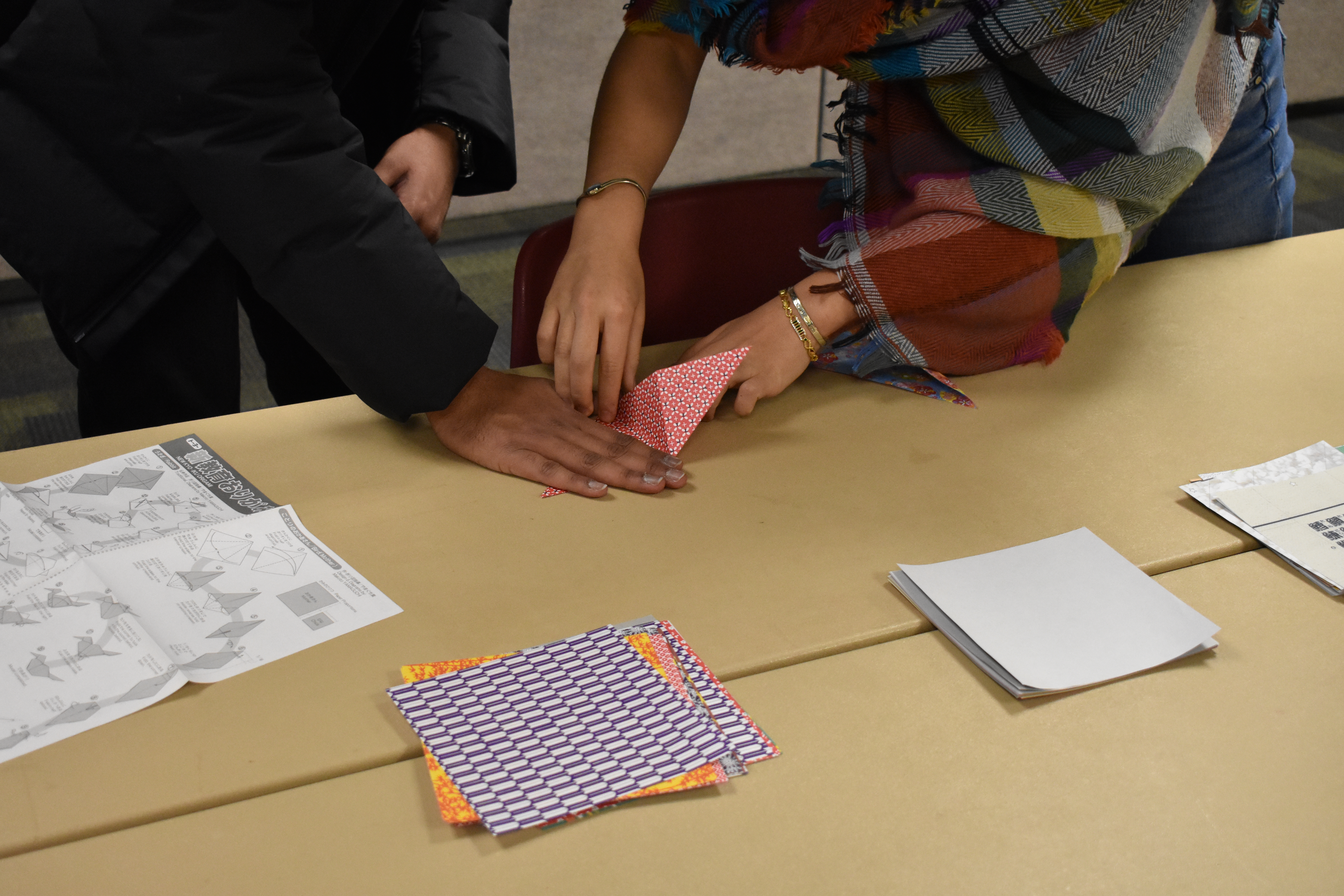 “Before JSA this year, they were really going after tradition,” said JSA president Kana Elder, a criminology, law and society major. “This time we wanted to expand more of the horizons showing Japan now and tradition (sic), so this is why we created this night.”

The event was small but lively, with laughter pouring down the hall leading up to the meeting room it was held in.

Origami papers and instructions were strewn across the first table, with students huddled close together to share their work. A screen in the front of the room showed less complicated origami designs than the ones provided at the table, explained Umana.

At another table, attendees could find Ayatori, a children’s game in Japan involving string to make shapes. At the same table was Fukuwarai, a game traditionally played on New Years, where someone is blindfolded and attempts to pin parts of a face, such as an eye or a nose, onto a blank paper face in a similar fashion as pin the tail on the donkey.

“It’s really interesting because usually with strings we would normally just use it for everyday purposes, but in Japan we also play it as a toy as a little kid and it’s really cheap and you can do it if you just have string,” said Elder. “We wanted to teach you some tricks that might impress your friends.” 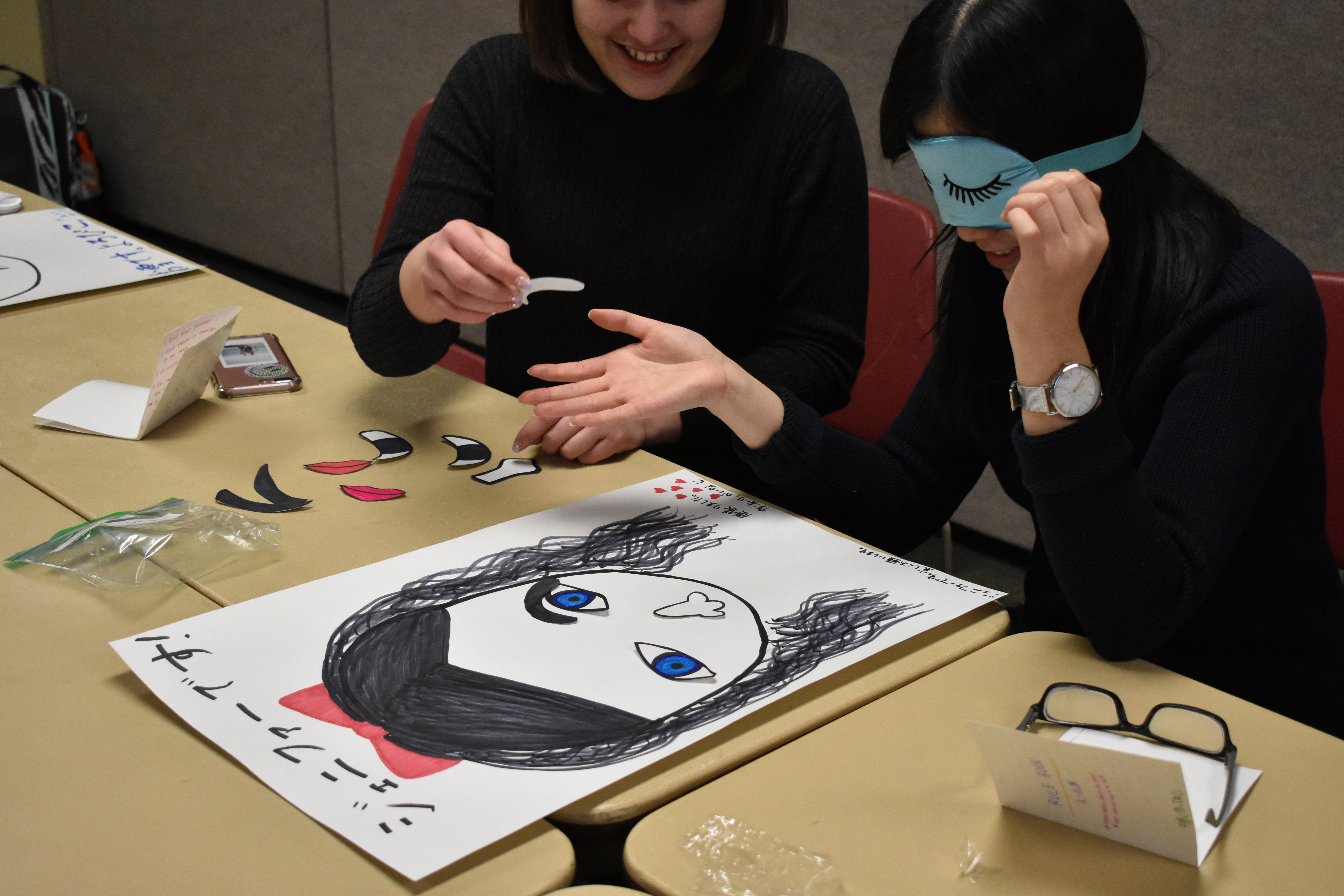 This is part of the organization’s effort to get students interested in “any kind of aspect of Japan and just have some appreciation for [Japan] while having fun,” said Umana. “There’s a lot of different cultures intertwined, but Japan and similarly with other East Asian countries, Korea and China, there’s a lot of elements of their culture we just don’t really find here in the West … What we’re trying to do as an organization is try to kind of showcase these elements that are just very unique to the culture of Japan that you don’t really find elsewhere.”