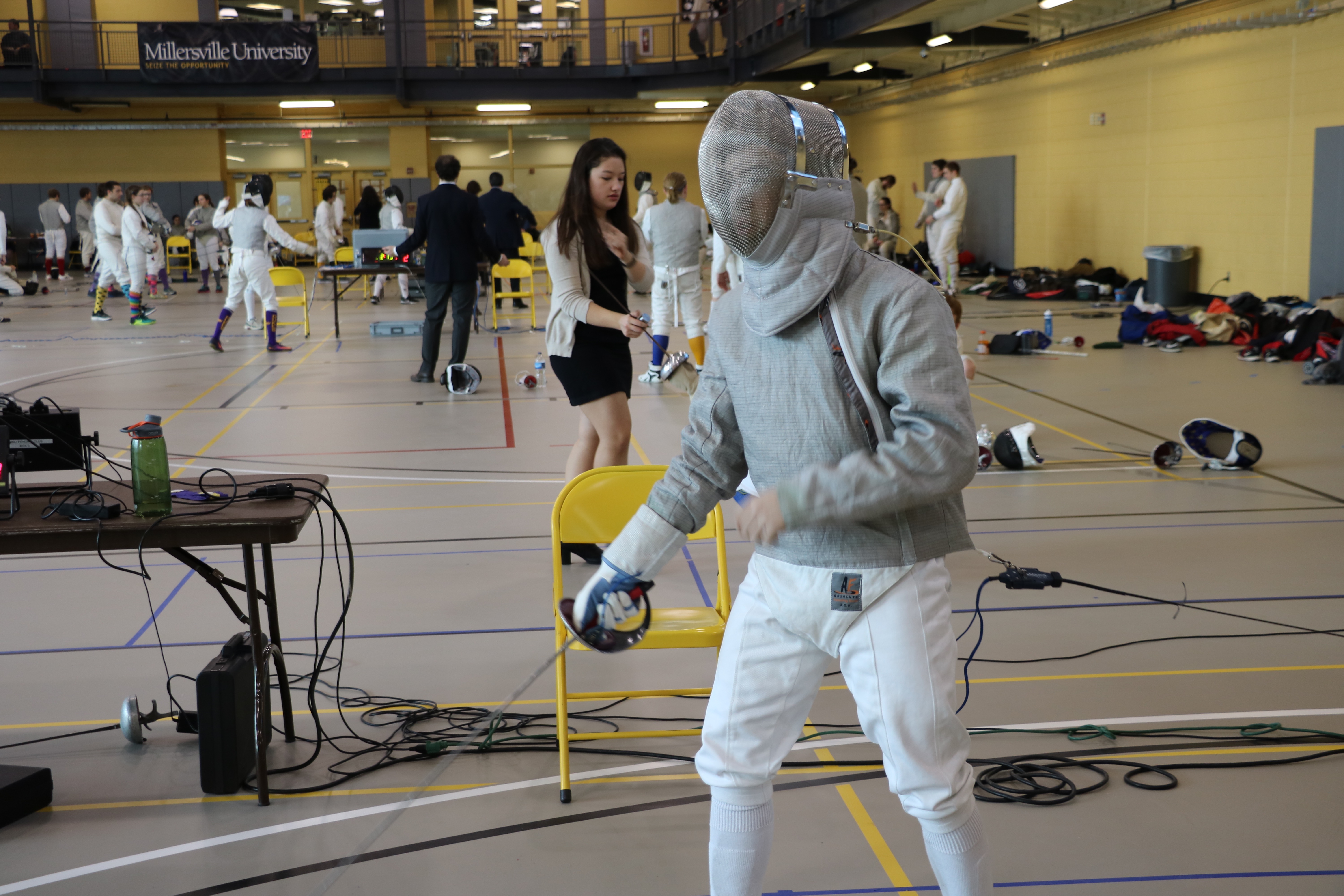 Fencing is the modern Olympic sport of sword fighting.

“The best way I would describe fencing is it is very fast-paced and your cliche sword fighting,” said sophomore Rodney Gentry.

“Last year, we were a very small club,” Gentry continued. “This year … the president [and I] basically built the club from the ground up. We have a lot of very friendly people here and a great atmosphere.” 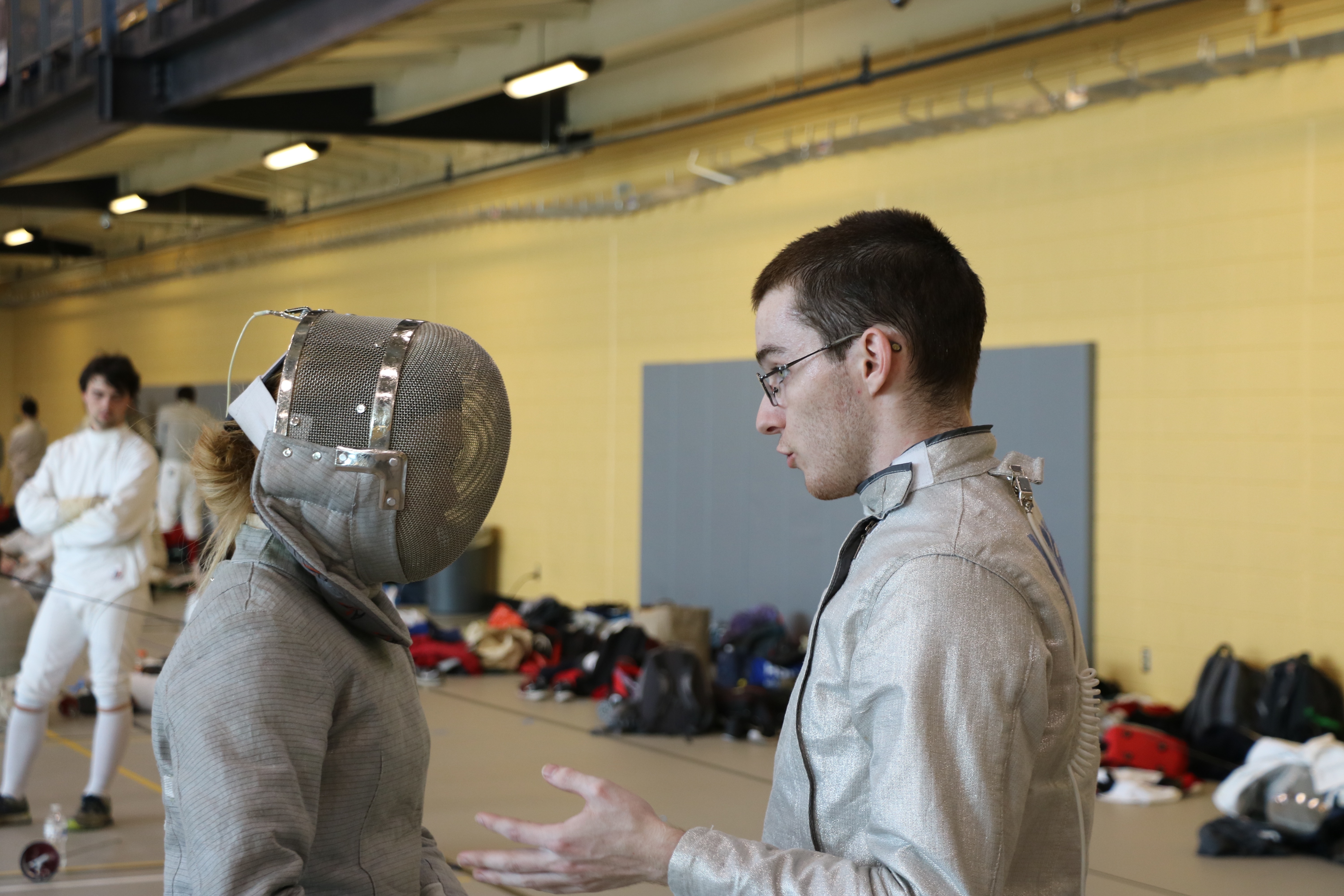 As club president, junior Alison Kliem both runs practices and deals with all the necessary paperwork. “I have them warm [up by running] in a circle and [stretching],” Kliem said. “For footwork drills, we just do basic advancing and retreating. … I want to work on … having them, after they attack, to automatically parry no matter what.”

Fencing is broken down into three basic moves: the lunge, the parry and the riposte.

The lunge is a basic attack. The parry is a defensive movement to block an opponent’s lunge, and the riposte is a counterattack.

“It’s broken down into three swords: the sabre, the epee and the foil,” Gentry explained. “All have different styles. … It’s a lot more in-depth than it seems at first glance.”

A foil is a lightweight thin, round, flexible sword. It is the tool most fencers start out using. The tip of the sword is used, and only the torso of an opponent can be struck for points.

“Personally, I did foil for about four years, and this is my first year with sabre,” Gentry said. “I gotta say, sabre [is] by far better, but don’t let anyone else here hear, because they won’t agree.”

Sabres are wider, heavier and less-flexible blades than foils. Hits are restricted to the upper body, but they include arms and head, unlike with foils.

“I like sabre, because it is very fast-paced and not very technique-heavy,” said Gentry. “Sabre [is] a lot faster than any other sword we do.”

An epee is rounded and slightly heavier than a foil. A point can be scored with a hit anywhere on the body. Also, unlike foils and sabres, epees do not use the right-of-way rule.

Right of way means the first person to hit their opponent gets the point. In an epee match, if both fencers hit each other at the same time, both players get a point. 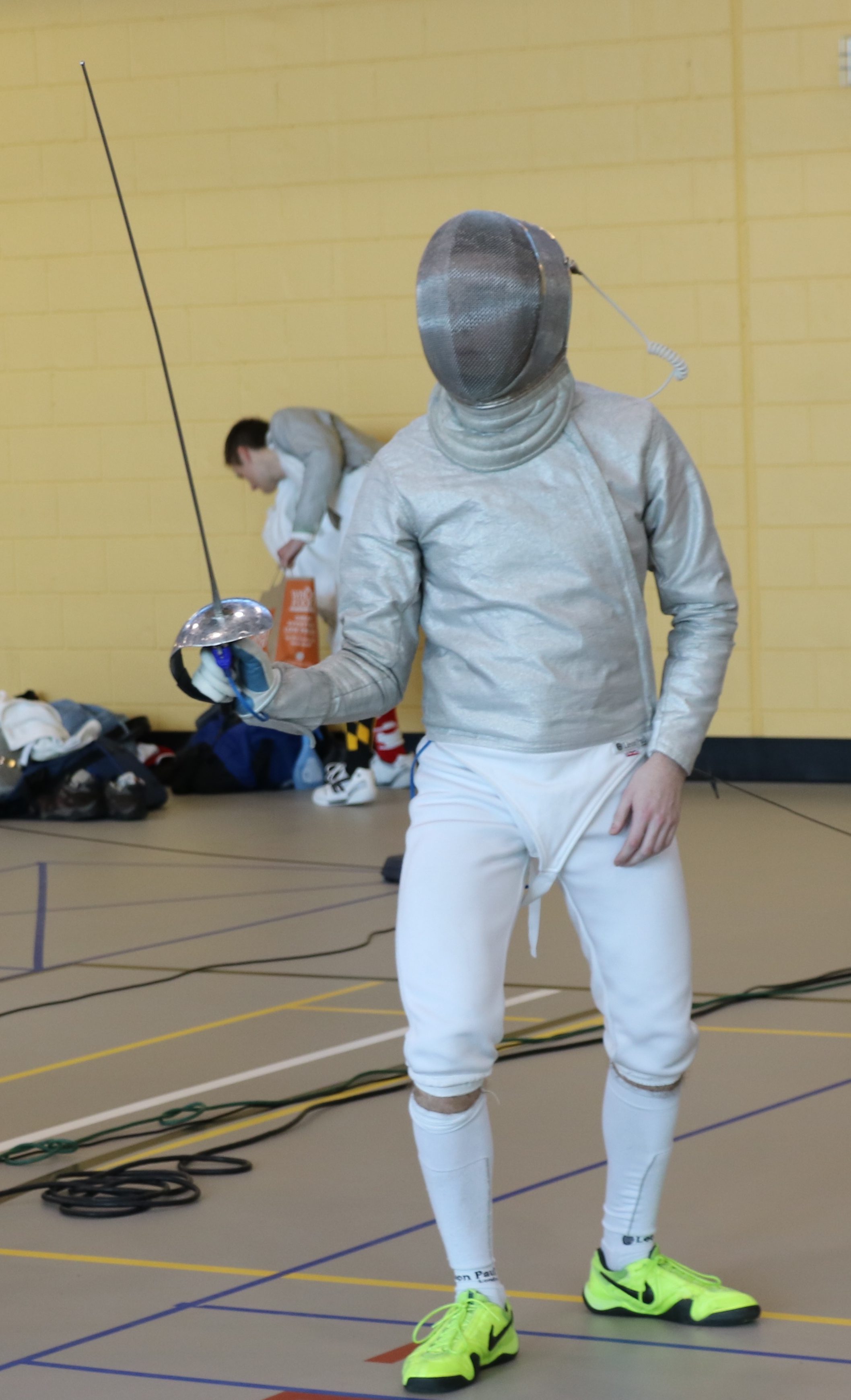 The fencing season lasts all year and includes up to six individual or team competitions. “The only bad part is they tend to be during exams, so it’s always a little struggle, but we seem to make it work,” Gentry said.

“We’re currently looking to host a tournament here, maybe two next year, so we’re excited for that,” Gentry said.

“We have our three teams,” Kliem said. “We have sabre, foil and epee. People on epee are going to go fence all the other schools’ epee teams. … Each fencer from each team will fight each other.”

Referees are hired to watch matches done in a pool of fencers. The school with the most cumulative points at the end of all the bouts is the winner.

Kliem has found the fencing club to be rewarding, saying, “I like all the friends that I’ve made. I’m proud of this.”

The team meets Wednesdays 8-10 p.m., Fridays 6:30-8 p.m. and Sundays 6-8 p.m. Practice is held in the upstairs workout room of the AFC. For more information, email gmufencing@gmail.com.

Dealing With the Dirty Work