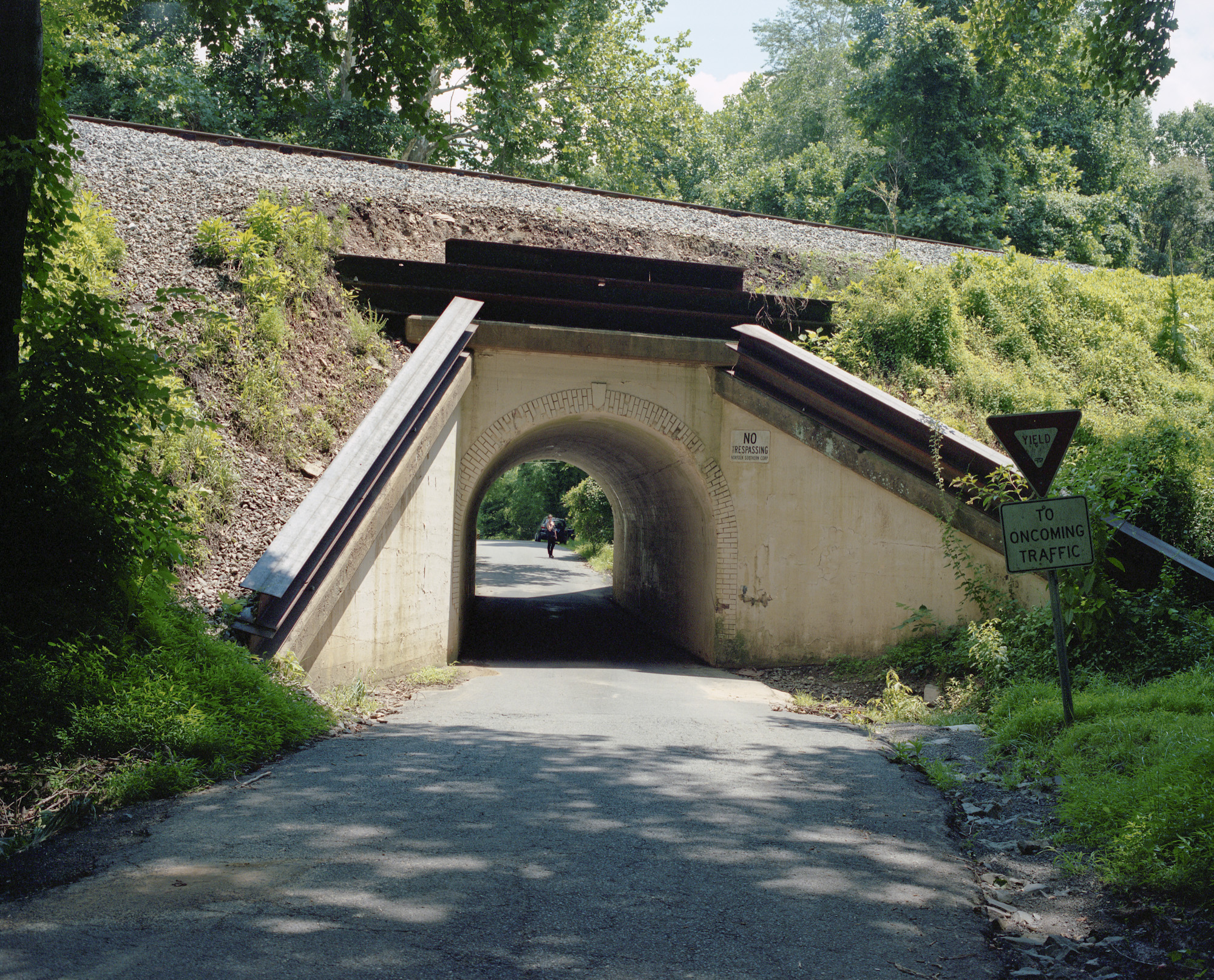 If you’re from the area, you may be familiar with an enigmatic figure called the Bunnyman. He’s a local urban legend, a cryptid of sorts. The story has numerous variations, all incredibly ghastly. He lives under a bridge (now known as the Bunnyman Bridge even on Google Maps, previously the Fairfax Station Bridge) and kills people with axes. He was an escaped mental patient, but was never caught. A single common thread runs through all of them: the ominous figure is wearing a bunny costume.

In any case, what if I told you that this cautionary tale is rooted in local history? The Bunnyman hopped through Fairfax County and into infamy on an October night in 1970, when a man dressed in a rabbit suit smashed the front passenger window of an occupied car with a hatchet. Ten days later, a similarly dressed man was seen vandalizing a house on a construction site, then vanished.

As reports circulated, sightings increased and the Bunnyman was born. However, leads did not pan out. No suspect ever materialized and the case went cold.

But with many other cold cases being brought into the light by new advances in forensic science, I figured it was time that we exorcise our own demons. Though we will never know his name, we can form a visceral photonegative of the person he might have been.

I present a new and much more sinister take on these events that occurred almost a half-century ago: The Bunnyman was actually a Klansman.

There are key differences in the accounts of the three witnesses that led me to this conclusion. The driver in the first incident said that the assailant was wearing a white costume “with long rabbit ears”. But the security guard from the second claimed it was multicolored. This discrepancy was likely because the driver saw the figure in his headlights, which may have intensified the white in the costume and muted the other colors, whereas the security guard had his eyes adjusted to the darkness and perhaps could see more clearly.

Many KKK uniforms, though mostly white, actually have three colored stripes around the sleeves and the base of the costume. Additionally, the hood has tails that drape back and are parted in the middle. If the figure was in motion these could be seen flapping as “rabbit ears”. Most damning of all, the passenger in the first incident described the subject distinctly as wearing a capriote, the pointy hood emblematic of klansmen. I put the most weight on her testimony as she saw him both up close and stationary, two conditions present in neither of the other accounts. Think about it: If a klansman is moving quickly, his hat is going to be folded back, removing his primary identifying characteristic and making him look like a bunny.

Motive? The Klan was active south of here, not five years prior. I believe the culprit was lashing out at the rapid urbanization/diversification of Fairfax. We don’t have info on the race of the car’s occupants but the car did have a Maryland plate; the Bunnyman could have singled him out for this reason. The construction site was probably vandalized because the Bunnyman also saw them as people who didn’t belong.

If my analysis is correct, then the improperly dressed murderer that local children lightheartedly tote around as our version of Pennywise was actually a vicious hate criminal. The Bunnyman, a distant and almost comical boogeyman, is the mask that has shrouded the true culprit. The Bunnyman loses his own identity and takes on a horrifying anonymity. And the scariest part of it all is that he will never, ever be apprehended.