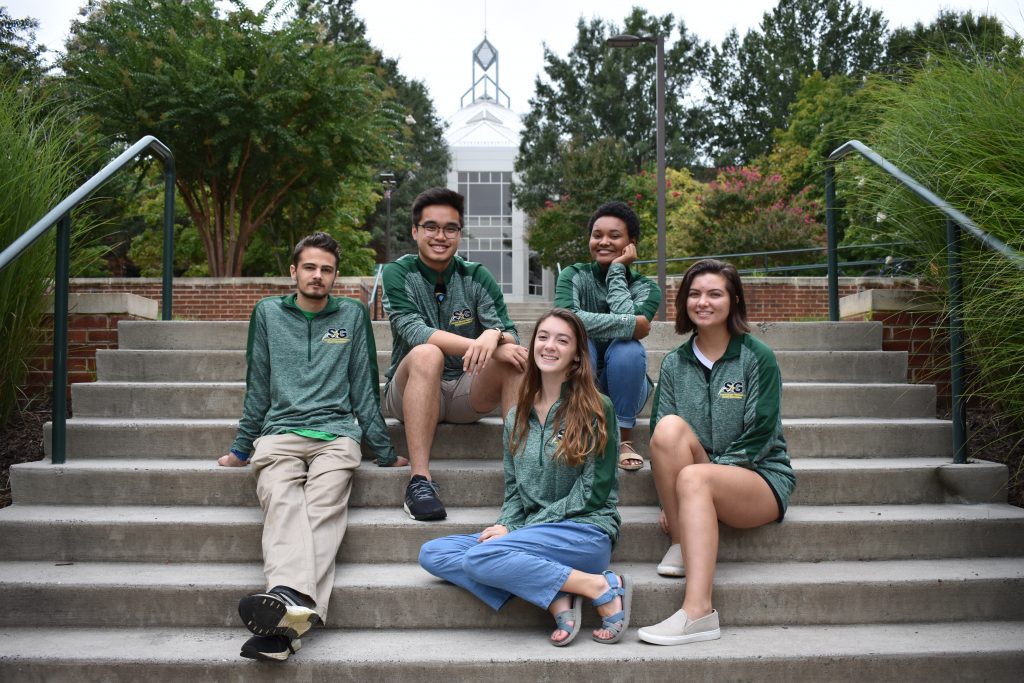 Whether you are a freshman or senior, are a commuter or on-campus resident, or have too much school spirit or none at all, Student Government works for you.

Student Government is composed of three main parts: the Executive Cabinet with 30 members (including secretaries and undersecretaries), the Senate that passes bills, and an Elections and Disputes Commission that handles all elections and interorganizational disputes.

Perhaps students do not know enough about Student Government to care. Possibly, some think it’s only for government majors (I know I thought that). Or even worse, maybe a few believe Student Government is totally useless! No matter the reason for the general apathy, all of it is far from the truth.

Student Government represents the students. If you received a citation unfairly, if you think Southside does not serve enough vegan options, if you believe faculty should post their syllabi when you register, or any other number of possible issues, Student Government will fight for you.

We should take Student Government seriously. It is important for us as students to be represented accurately, but the only way we can ensure this is to vote and participate. Student Government is very easy to join. Whether you want to be part of the legislation process or work with facilities in the executive cabinet, all you have to do is apply (or run). If being part of Student Government is not your cup of tea it is extremely easy to vote in the elections.

With Senate elections for student government coming up in a few weeks, I suggest everyone vote. It is easy to complain about issues in your community, but Student Government gives everyone the chance to do something about them.

All-Nighters Are For Owls