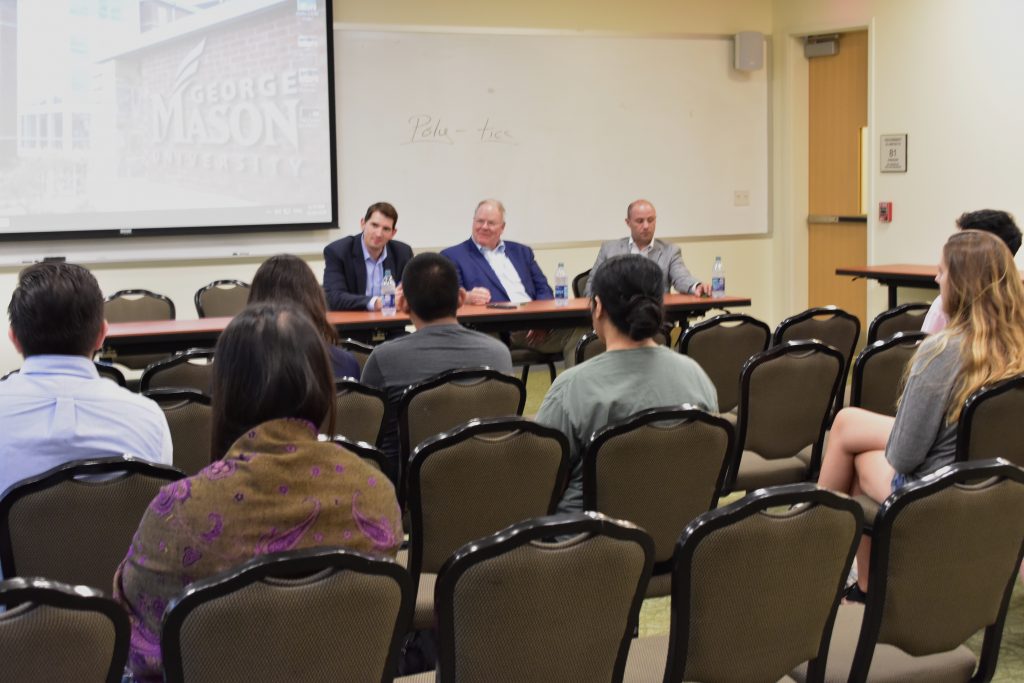 Events ran from Monday, Sept. 17 to Friday, Sept. 21. Government Week featured panels and talks with members of around 30 different government institutions. There were representatives from government institutions at the federal, state and local levels. Among these were representatives from the FBI, EPA, Fairfax County, Fairfax City and the Virginia House of Delegates.

Government Week’s events covered a variety of topics, like writing a federal resume and  navigating the government’s USAJobs hiring portal. There were also panels on ways to combine interests in the art, technology and business fields with work in the federal government.

On Friday, some students received  the opportunity to visit the Department of Justice and Environmental Protection Agency. While there, they were able to observe and learn from administrators, as well as receive a firsthand sense of the scope of work that is available in the federal government.

DeShan King, a Senior HR Specialist from the Office of Personnel Management (OPM), spoke about the goals of OPM in participating in Government Week. King said, “What we do is we go out to universities in different places to educate individuals on the overall federal hiring process … in addition to providing information about the different hiring authorities that we have in the federal government, how to write your federal resume, how to interview, and things of that nature.”

Neither invited speakers nor Career Services attempted to sugarcoat the realities of working in the public sector. Matt Myers, manager of Industry Advising and Employer Development within Career Services at Mason, described the goals of this week’s events.

“We want to give the honest perspective of what’s going on out there,” Meyers said. “It wouldn’t serve us or our students well to pretend that, ‘hey, if you apply for this job, you’re automatically gonna get it’ … We want to lay out realistic expectations because that’s going to minimize frustration. It will also help empower students.” 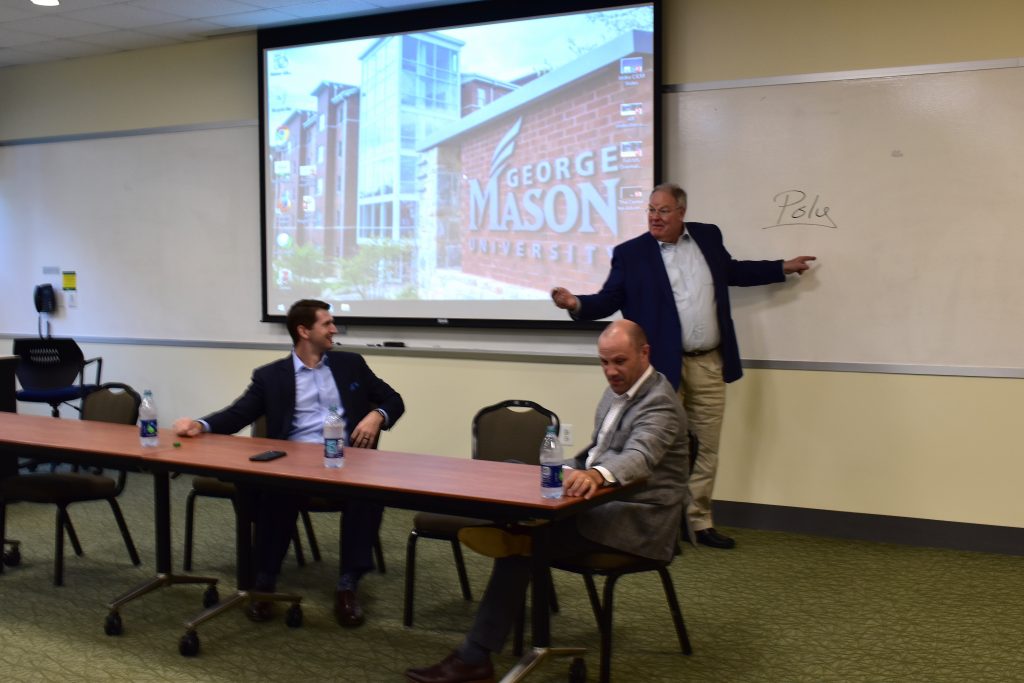 Events drew attendees from multiple disciplines who were interested in learning more about the public sector. After talks ended, students spoke with presenters and other attendees about their experiences and advice.

Veteran Jordan Schnebbe, a junior studying global affairs, spoke about the ways in which Government Week makes the federal government more accessible to potential applicants from across the United States.

“It’s a good resource,” Schnebbe said. “I came from Iowa, so there’s not as many resources that are really as good for just any sort of future references. It was a good way to connect. I talked to two speakers on the panel, the military careers [panel], and I got a few calling cards. …It was a good source of information.”

Tamirah Daniels, a sophomore studying Criminology, Law and Society, reflected upon how Government Week influenced her thinking about a possible future working for the federal government.

“It strengthened my want to be involved in government, like, meeting the ladies that came in, part of customs and border protection yesterday,” Daniels said. “It was nice seeing … what they brought to their fields. …It’s nice to see that everybody’s pretty much on the same page as far as integrity and wanting to keep things safe. …It just strengthens my want to be in [government] even more.”

Government Week is the first of several such events organized by Career Services, with Creative Careers Week, Non-Profit Week and Health and Science Week coming up later this year.