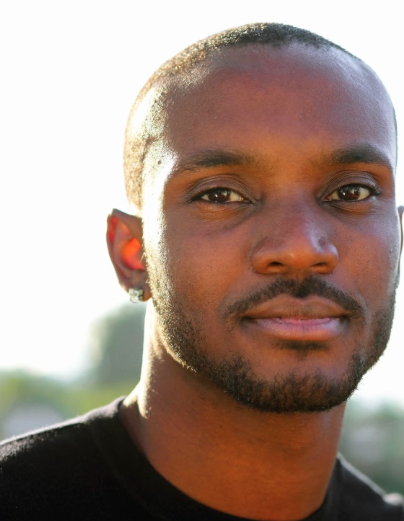 You were a part of Delta Chi and Mason Ambassadors – what made you want to join these clubs and what was your favorite thing about them?

I joined Delta Chi because upon coming to GMU, I was told that if I didn’t join a fraternity I wouldn’t have much of a social life. As a party hungry 18-year-old straight out of high school, I wanted to have the full “college experience”. I found that in Delta Chi. I found a group of people that I connected with. It was more than just partying, it was the brotherhood and the camaraderie that I found. I never felt lonely during college, and I had a solid group of brothers that always had my back, and I had theirs. We held each other accountable for our academics even when we lost motivation at the end of the semester. They became my best friends and people that I know I’ll be friends with for the rest of my life. I also gained leadership experience while in Delta Chi, becoming Vice President my sophomore year and getting elected President my junior year. Delta Chi gave me a well-rounded college experience.

I had been offered the opportunity to interview to be a Mason Ambassador right after I graduated high school. I interviewed my first week at GMU and got selected. I truly enjoyed my two years as an Ambassador. I made great friends and learned more about my school by giving tours and working open houses. It made me love and be proud of being at GMU even more than I already was. I was also able to meet some cool guys that I introduced to Delta Chi, and who eventually joined and became my brothers.

What made you want to attend Mason?

I visited Mason in 8th grade and immediately fell in love with the campus. I knew that that was the school I wanted to go to. I liked how all the buildings were modern and that it was only 20 minutes outside of Washington, D.C. Since I came from Long Island outside of New York City, it was important for me to be near a big city.

How did you know you wanted to pursue a degree in Cinematography and Film and Video Production while you were there?

Growing up I was a child actor for 6 years. I had a small but memorable role in National Treasure, appeared on Law and Order and national commercials, as well as starring roles in Knights of the South Bronx with Ted Dansen and Keke Palmer. During my time on set, I was enamored by the filmmaking process behind the camera. I wanted to be one of the people telling the stories and using my voice to entertain audiences. I decided not to renew my contract with my agents, and wanted to dedicate my time to telling stories from behind the camera. I’ve stayed committed to this passion ever since.

Can you tell us more about your upcoming comedy web series “Fre Yo” about two estranged Haitian-American brothers?

I decided to create “Fre Yo” after meeting another Haitian actor here in LA. My character dropped out of med school to move to LA and pursue his career as an actor. As a result, his strict Haitian immigrant parents disowned him. His older brother did everything his parents wanted him to do. He went to law school and became a lawyer. But after getting disbarred, their parents also disowned him. Now, these two brothers must reunite after they learn that they’re all they have left. It’s comedic with dramatic elements, and is an honest portrayal of the first generation Haitian-American experience. I serve as the showrunner (the term used in the television industry for the head writer and executive producer of a series) and as the star. It is slated to premiere during the fall of 2018.

I like to tell stories about topics that are important to me. My stories range from coming of age comedies to dramas revolving around social justice issues in American society. For example, my latest film, The Acquittal, tells the story of a white police officer who has been acquitted of killing an unarmed black teen during a traffic stop. The guilt of killing an innocent teenager eats him alive, and as a result he goes down a dark path of self-destruction. I was inspired to write and direct this film during the summer of 2016 when both Alton Sterling and Philando Castille were murdered by police on camera a day after each other. Also, I am currently working on a TV show based on the reckless adventures of my friends and I during high school.

What advice do you have for Mason students?

My advice to Mason students is to work hard and have fun. Make sure you have a balance of being a productive member of society and any organization you’re apart of. And always follow your dreams. No dream is too far or too unattainable. People always told me that being a filmmaker would be too hard and USC is too hard to get into, but I didn’t let it stop me, and now I’m in LA graduating from the best film school in the world, because I believed in myself and followed my dreams. 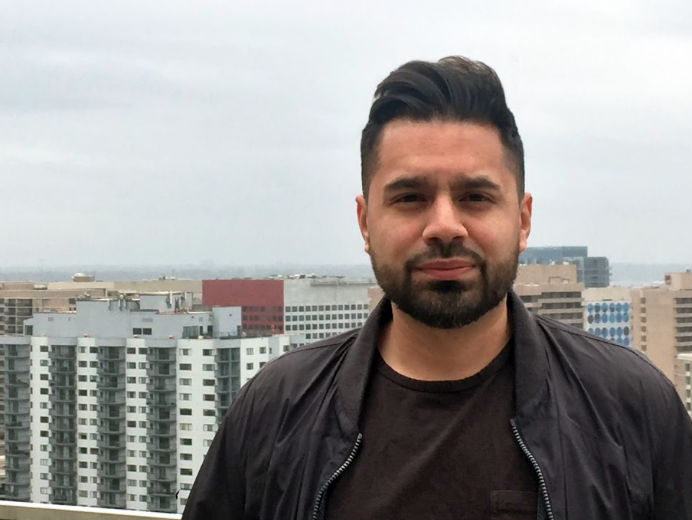 My time at Mason can be categorized in chapters. I did my undergrad here, I later worked as classified staff, I am now finishing my graduate degree and currently serve as an adjunct professor. I have experienced first hand it’s growth and am proud to play a part in the university’s continued success.

What have you been doing post-graduation?

I will be graduating this May, officially. Leading up to this, I have spent most of my time hunkered down in the School of Art’s studios working on my exhibition pieces, researching my thesis in Fenwick Library, and in the classroom teaching.

What’s something interesting about you and why is this important?

This past summer I returned from a year abroad in Germany. I attended Hfg Offenbach Art & Design located in Frankfurt. The year spent in Europe gave me immense perspective as to the direction I intend to take as an artist/designer, while giving me global context to the design industry abroad. My travels to numerous other European cities, museums, and art fairs has strengthened my knowledge base as an educator and aided in my personal growth as an artist.

Where did you grow up?

I grew up in Northern Virginia, attending schools in Arlington and Prince William County.

What would you like to see yourself doing ideally/what’s your vision for your future?

I see myself continuing to serve as a professor of graphic design. In addition, I intend to start my own studio practice, specializing in graphic art & design, printmaking, alongside chair design. Yes that’s right, chair design 🙂

What is your proudest achievement?

My proudest achievement, next to getting married, will be my first solo exhibition which will be held in the School of Art’s Fine Arts Gallery which opens on April 28, as well as earning my MFA.

What’s something/someone that’s shaped you and why?

Owning my own business in my early to mid twenties, I would say, had the most impact on me in regards to overall growth and perspective as a professional. Navigating through the financial and personal responsibilities that come with entrepreneurship, helped prepare me later in life with the realities that come with success, failure, change, and ultimately purpose. 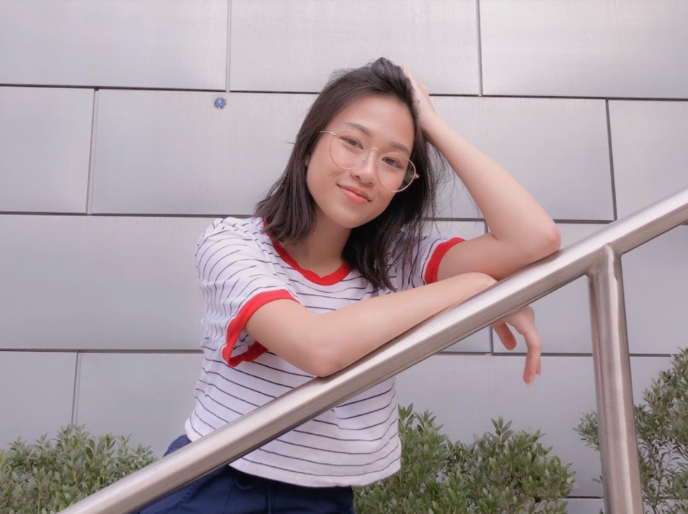 Where did you grow up?

I was born and raised in Fairfax, Virginia!

Why did you choose to go to Mason?

I chose Mason because the campus is near home, and I still enjoy the comfort of my bed and mom’s cooking.

What are you majoring in and why?

I am a biology major pursuing orthodontics, because I want to give the same amount of confidence to those that my orthodontist gave to me.

What is guacamomole and what inspired you to create it?

I like to incorporate my name when making usernames.  My nickname is Momo and my last name is Le, and it helps that I like guacamole, so guacamomole = guaca + momo + le!

When did you start making your own art and why?

Growing up, I always made art.  I sold them for a few bucks to my classmates since they wanted them. I suppose that’s when the little businesswoman in me began to show.  However, I always held off the idea of opening up an art shop despite everyone encouraging me to do it. It just seemed like a huge investment and I lacked confidence in my abilities.  Time, money, and self-esteem were not at my disposal in middle school/high school. But, last year I saw all my creative friends launch their own sites, which had me thinking, “Why not? Why not do it now?”.  I had the time, funds, and finally enough confidence in my skills to support myself, so why not finally open up shop?

What influences/informs your art and why do you think that is?

Ideas for my art pop up at random.  I am influenced by everything that surrounds me so I have to quickly jot down concepts the moment they come in my head while I’m out of the house. These concepts usually have something to do with puns or from my own experiences that I think would be entertaining to share.

Can you tell us more about Modern HERstory and how you grew to be a part of it?

Modern HERstory is a book that celebrates dozens of women, girls, and nonbinary folk, and their contributions to changing the world.  In 2016, I did the #StyleChallenge on Twitter with the objective of drawing myself in multitudes of styles. That’s how Blair Imani found me. We followed each other and by the end of the year, she asked if I was interested in illustrating a few notable women and femmes for the Women and Femmes History Month. I was all in for it.  My work debuted in March, and I thought that was going to be the end of it. However, Blair had something else in store. After finals were over, she proposed we develop what we had so far in to a book. And well, the rest is history. Or in this case, *HERstory.

How is representation important to you?

Representation, especially at this time, is imperative. We need an environment that accepts and appreciates all groups because for too long, we have only seen one standard for everything in media and it has discouraged minority groups who do not and will never fit into that niche. Brilliance does not belong to one group but media continues to act like it does, and this lack of minority representation silences an innumerable amount of people from pursuing their dreams because they feel like they do not belong and that they are unwanted. In reality, we need them. These people have stories to tell, perspectives to share, and their talents to put to work. They need to know that they are capable of being the main lead of their own story, and not just as a supporting role in someone else’s narrative.