How Mason women learn and teach in a male-dominated field

Female Science Technology Engineering and Mathematics (STEM) students have historically been the minority in their respective colleges. Mason faculty say the ratio of male to female STEM students at Mason is closer now than ever before. 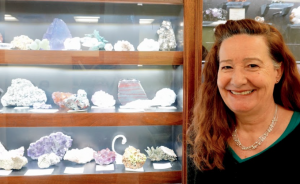 “Nowadays, I have as many women in my classes quite often as men,” said Julia Nord, a professor of Atmospheric, Oceanic and Earth Sciences at Mason.

The gender gap has narrowed slightly in recent years according to the National Center for Education Statistics (NCES). But Nord and Mason’s other female STEM faculty still hope to spread advice to their students during March — Women’s History Month.

“[At first] I didn’t think so much about being a minority,” said Nord, recalling when she was a student at the City University of New York. But she soon noticed there was a major difference in the classroom.

“When I went to my Ph.D., and there were five [students] working with one professor,” said Nord “I was the only female.”

Nord described being treated very differently at first until proving she could handle the work “as well as my male counterparts could do.” She advised students to find a subject they are passionate and interested in no matter the odds against them.

“Take a step back, and think about where your focus is, and that you can do this as well as any man can do it,” said Nord. 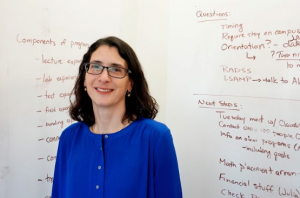 Jessica Rosenberg, associate professor in Mason’s department of physics and astronomy, and acting director of the STEM Accelerator agreed that science “is a great field to pursue.”

“It’s a ton of fun,” said Rosenberg. “Don’t let people tell you otherwise — that you can’t do it, or you shouldn’t… Find the people that are going to support you.”

Rosenberg described how many women in the STEM field have encountered negative opinions. During her first research trip as an astronomy student at the University of Massachusetts in 2000, her male advisor faced criticism from other men because he admitted Rosenberg into the Ph.D. program. Although she received unbiased support from her advisor, Rosenberg was forced to be aware that female students in STEM can be met with a backlash from their peers.

“A bunch of the telescope operators had said to him, ‘They’re just going to go have kids and not be in the field, why would you do that?’” recalled Rosenberg. 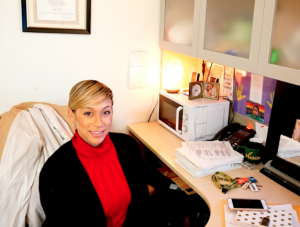 Assistant professor Kelly Knight, who works in Mason’s forensic science program and earned her master’s degree in 2008 from Virginia Commonwealth University, explained that she is often the only female in the room in a male-dominated field.

“For me, I’m actually a double minority, because I’m a woman of color in STEM,” said Knight. According to statistics collected by NCES in 2016, women of color made up just 13.2 percent of STEM degrees in recent years’ total graduations.

Knight said that some of the stereotypes are difficult to break, but “I feel like we are moving in the right direction as far as the way women are received into these fields.”

She recommends that women in STEM “learn how to push past [stereotypes], and don’t be afraid to be the loud voice in the room.”

Mason students in the boardroom