“Speak softly and carry a big stick,” said Theodore Roosevelt, America’s 26th president, speaking in 1901 about the importance of military power in international relations. This idea was Eliot Cohen’s inspiration for his new book about American foreign policy, “The Big Stick: The Limits of Soft Power and the Necessity of Military Force.”

Cohen spoke in Hazel Hall at Mason’s Arlington campus late Thursday, Feb. 8, at the invitation of the Center of Security Policy Studies as part of the 2018 speaker series.

As the director of Strategic Studies and a professor at Johns Hopkins University’s School of Advanced International Studies, Eliot Cohen has been a prominent voice influencing America’s foreign relations for over a decade. Cohen worked as a senior counselor to the State Department from April 2007, to January 2009, under then-President George W. Bush and Secretary of State Condoleezza Rice.

After receiving a round of applause from the full audience, Cohen discussed his latest work. He described the positive response to his book as “unexpected, but a pleasant surprise.” 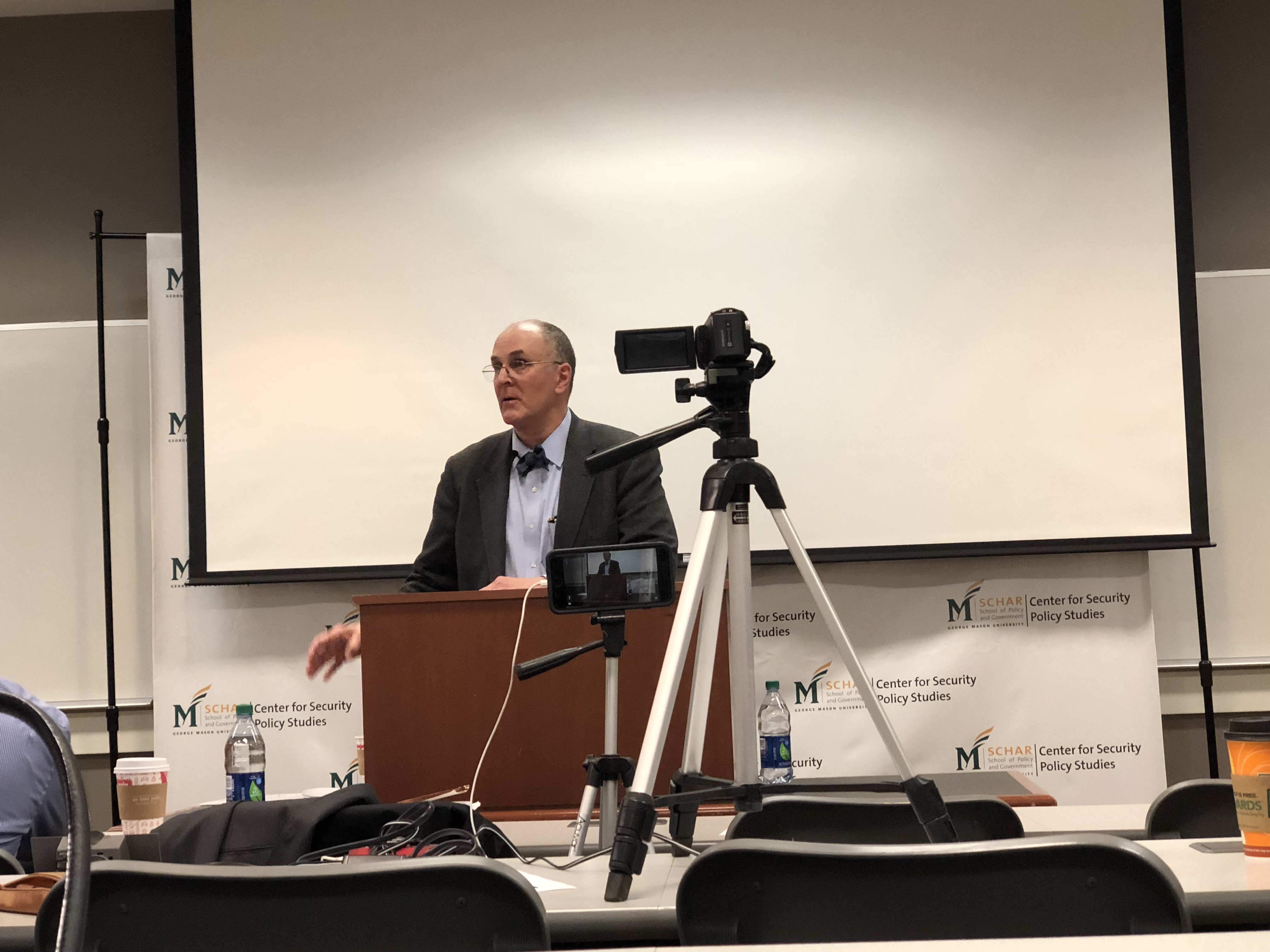 Cohen was very open when discussing the limitations of the current administration and his opinions of the president’s policies, branding himself a “never-Trumper” regarding national security. Though he considers himself a conservative, he no longer identifies with the Republican party because he feels that it no longer stands for its former conservative values.

The scholar voiced disagreement with President Trump’s current policies regarding North Korea and the regime’s rapid push for nuclear weapons. Calling the two options of denuclearization or “preventive war” presented to North Korea by the president, “foolish,” Cohen expressed his nervousness that the Trump administration is pinning Kim Jong-Un’s regime into a corner.

“The risks are pretty high,” he said.

After an explanation of his book’s major theme — that America’s strong military power is critical for an effective foreign policy in a world contested by regional powers — Cohen took questions from the audience about his own outlook on international relations and military force.

Cohen paused before responding to a two-part question that asked whether the U.S. should reevaluate its concept of packed terms such as justice, equality and democracy, and if the nation should come to the conclusion that such concepts might not be applicable globally.

Cohen stated that we would always be dealing with realpolitik — a theory of international relations focused on practical results rather than moral or ideological concerns. However, he also said that Americans should not relinquish the principles they proudly stand for, such as democracy and human liberties.

“It is sometimes our best weapon, and more importantly, [it is] who we are,” said Cohen. “We have finished with an era of strategic certainty, and are heading towards an era of strategic surprise… American statecraft is going to have to change and be able to adapt to uncertainty.”

Cohen described America’s current path as a two-way street — whether to accept the superpower role entrusted to the U.S. or be forced to react belatedly, bloodily and unsuccessfully to other global powers. He explained his belief in the greatness of the United States, but also its fragility. Finally, he recounted a famous anecdote from Benjamin Franklin.

“Well, doctor,” Franklin was asked as the founding fathers left the Constitutional Convention of 1787, “what have we got — a republic or a monarchy?”

“A Republic,” Cohen answered, quoting Franklin’s response, “if you can keep it.”