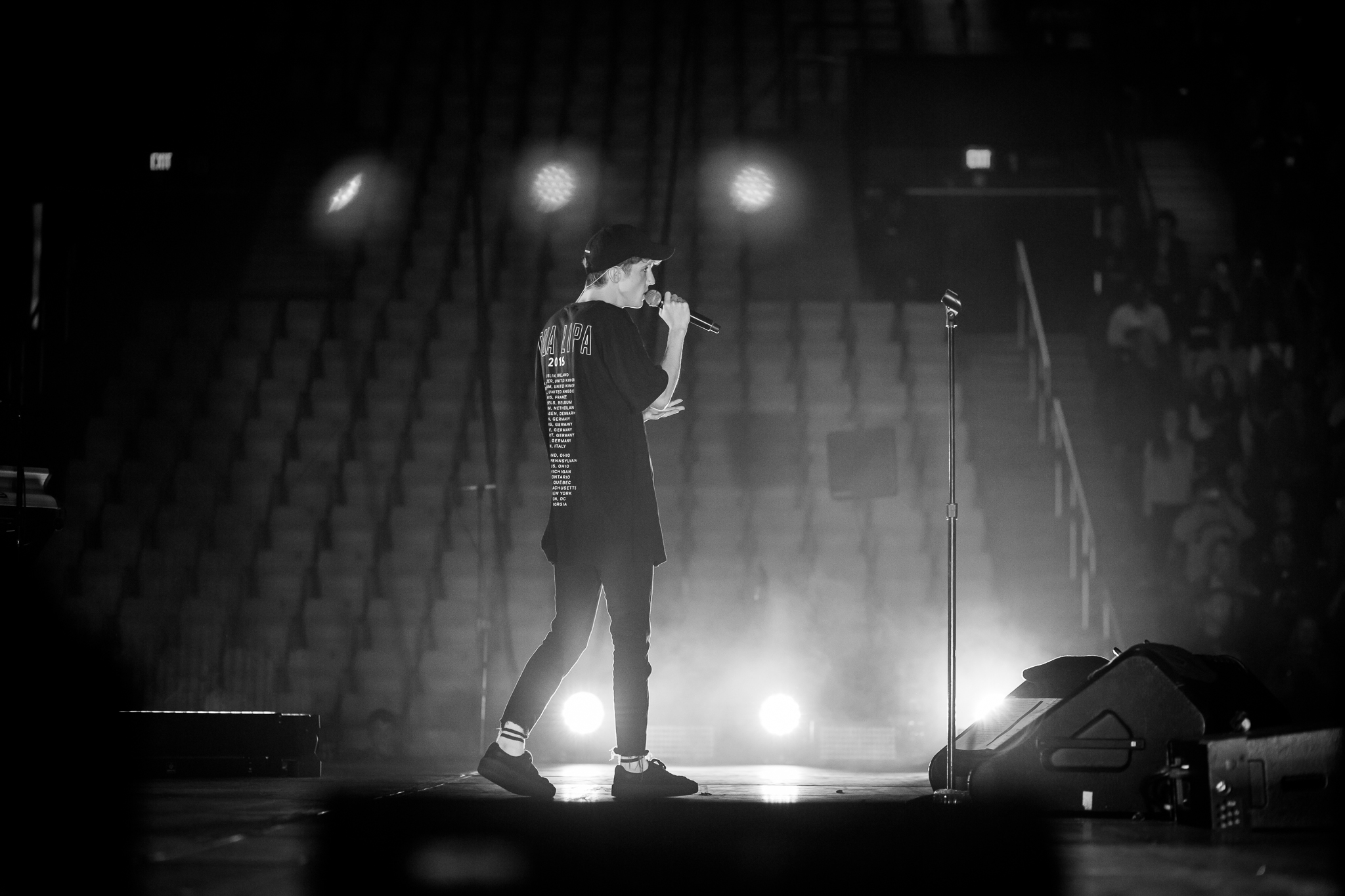 Death, taxes, heartthrobs. These three things are the precious few constants in an ever-evolving society. Just like death and taxes will always exist, so too will there always be a market for young male singers.

Never mind that Troye Sivan came out as gay in 2013 in a video on his highly-popular YouTube channel; his Nov. 17 concert at EagleBank Arena was dominated by young women.

From the moment Sivan took the stage in a baggy t-shirt and jeans to sing his hit song “WILD,” he commanded the stage with the charisma due an artist whose debut LP went gold in both the U.S. and his native Australia.

“Kiss me on the mouth and set me free,” he sings with his deep, mature voice on “BITE,” as the audience echoed emphatically.

But it became quickly apparent that they weren’t screaming out because they wanted to be with Sivan per se; he’s cute, to be sure, but that’s not wherein his appeal lies. He’s popular because his music perfectly captures the joys and pratfalls of modern love.

He’s 21, putting him on the tail end of Generation Y. Roughly half the arena was in their early 20s and could clearly relate to the lyrics of “COOL,” a song about a futile endeavor to try to appear Instagram-worthy to win a boy’s love. He feels inadequate (“I’m a spark, and you’re a boom”), and it ultimately comes crashing down with a plaintive “I was just trying to be cool/I was just trying to be like you.”

In his charming Australian accent, Sivan asked, “Are you ready to get a little bit sexy?” (The audience was, in fact, ready, save for the handful of parents chaperoning middle schoolers.)

As phone flashlights swayed in the crowd like lighters, Sivan sang the sultry “TOO GOOD,” about a one-night stand with a lover who’s “too good to be good for me.”

Before he sang “HEAVEN,” two fans handed him pride flags, which he eagerly tied around his neck (“My transformation into a gay Superman is almost complete,” he said.)

After the song, Sivan ran backstage to “wash his face” (vomit). Later in the show, he’d blame it on a “dodgy sandwich” he had for lunch.

“This is a sad song, but it’s a bop,” he said a few songs later introducing “THE QUIET.” He wasn’t wrong. “I’d rather be spitting blood/Than have this silence f— me up” he sang, backed by 808s and full of heartbreak.

“He’s not coming out for an encore,” the young man standing behind me said after Sivan finished his show. “He’s sick.”

But Sivan returned to the stage for one last song, performing “YOUTH,” the first single of his debut album, “Blue Neighborhood.” The song fit as a perfect coda for a night of millennial angst. “Cause we’ve no time for getting old/Mortal bodies, timeless souls,” he sang, meaning every word.

He, and most of his audience, were just barely (if at all) adults. But in an ever-changing world that made Sivan’s generation and the one behind it grow up at the speed of light, Sivan and the crowd clung to the halcyon days of youthful insouciance when time seemed infinite, before they had to worry about those constants, death and taxes.

Sivan’s concert wasn’t a teen pop blockbuster show, but rather an intimate gathering of a few hundred fans who came to lament the trials of being young and in (and often, out of) love. It was cathartic to hear our collective desires and fears translated into words by a silky baritone.

Sivan isn’t popular because, at least for the most part, his fans want to sleep with him. He’s popular because he gives a voice to the eternal plight of young love. He isn’t so much a heartthrob as a spokesman for Gen Y’s (and soon, Gen Z’s) search for love in the time of smartphones.

People like Sivan because he understands them. Death, taxes and the young person’s desire to be understood: the three constants for a generation in flux.