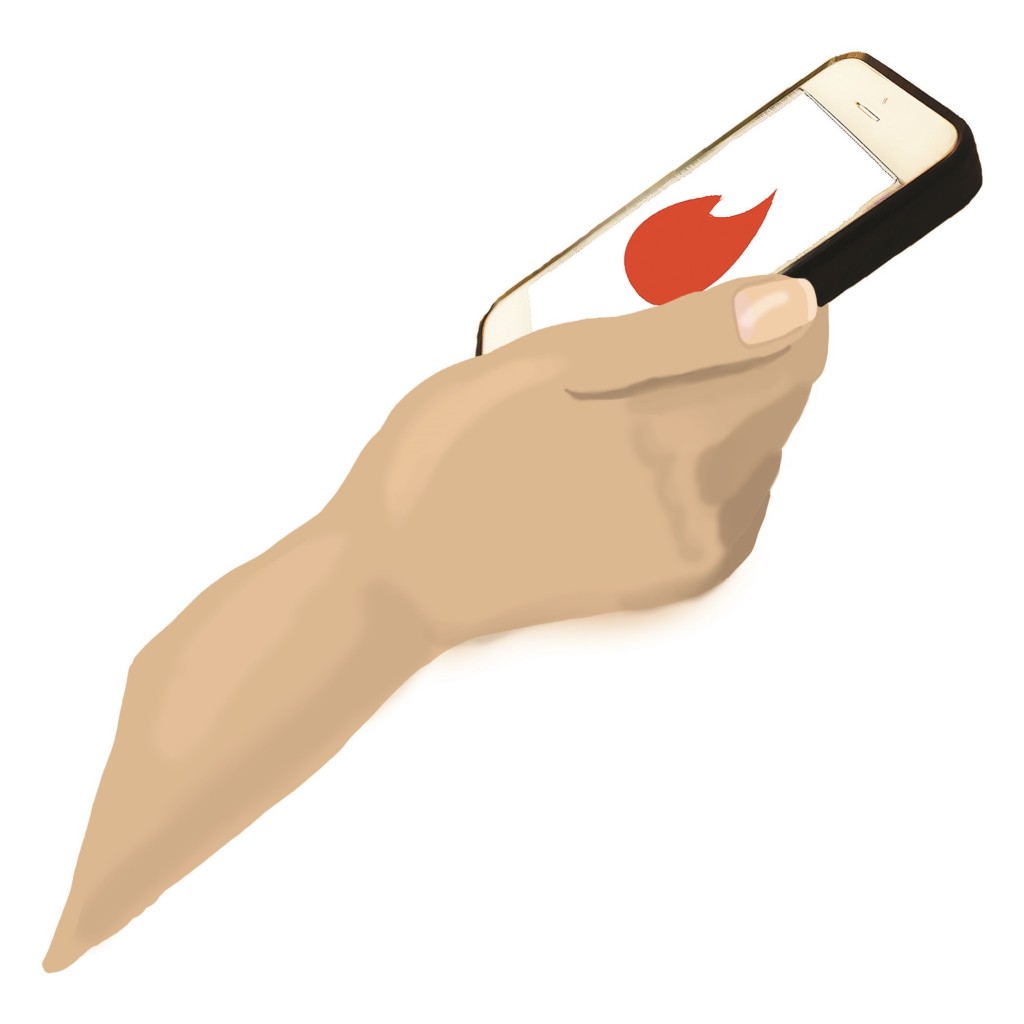 With technology advancing left and right, the trend has followed into the realm of dating.

Over the past few year, online dating websites, apps and services have been created in order to make finding a significant other as simple as swiping your finger. Dating apps like Tinder, Bumble and Grindr have a growing presence on college campuses, Mason included.

But should there be more concerns when dating online rather than in person? On March 21, Mason Police received information that a female student was raped in her student resident hall on the Fairfax campus by a non-Mason student with whom the victim met through an online dating application.

A survey by Pew Research Center found that 27 percent of Americans ages 18 to 24 use a form of online dating, which is up from 10 percent in 2013.  Aaron Smith, a researcher at Pew, stated that the rise in percentage is due to the appeal of online dating apps to our generation and the growing acceptance of online dating.

“They speak to the way young people are engaging in content,” Smith said. “They are location-focused, they are real-time, they include social networking and game play, so it’s a natural fit for them.”

This growing trend of online dating use was also noticed by Mason student Rachel Eddowes. As part of a group undergraduate communications research project, she is measuring user satisfaction on Tinder when meeting a date in person following virtual communication.

On March 31, the LGBTQ Resources held an event called “Swipe Left, Swipe Right” as part of Pride Week. The event was geared towards students who wanted to learn how to navigate through the world of online dating safely and successfully.

“The purpose of this event was to talk about some of the major dos and don’ts of online dating and creating profiles online,” Jordan Bayless, graduate assistant in LGBTQ Resources, said.

Bayless has noticed the growing trend of online dating apps for college students and credits it to the busy schedules that students tend to have.

“From what I hear people use dating apps because they are looking for someone to hook up with or feel that it is harder to meet someone in school, work, etc,” Bayless said.

At the “Swipe Left, Swipe Right” event, do’s and don’ts students should follow when dating online were discussed. Students are encouraged to be open-minded but careful when using online dating apps. Speakers at the event recommended using Skype, Facetime, or Snapchat before meeting up with someone for the first time. By doing so, students can be sure that the person they are talking to are actually who they claim to be.

Making sure that someone knows your whereabouts is also recommended. It is suggested that students choose to meet up in a public space like a coffee shop if safety is a concern.

“Be honest and let someone know where you are going and who you are meeting,” Bayless said.

Bayless encourages students to stay positive during their online dating experience, rather than being overly anxious.

“Don’t worry about the potentially negative things that could happen,” Bayless said.

Trusting your gut is also an important aspect of online dating, especially if the student is feeling uneasy. Bayless encourages students to trust their intuition and be honest with themselves and others, while holding on to their privacy.

“Don’t keep going on with things if you become uncomfortable,” Bayless said. “Don’t share too much personal information too soon like your address, phone number or family details.”

“The general rule is respect and to actually have an interest in the other person as a human being,” McCoy said. “And honesty is important- don’t just embellish who you are, just be your wonderful self. I think the rules of online dating are very similar to meeting someone in person and then going on a date with them.”

While McCoy has become more apprehensive since the recent reports of sexual assaults on Mason’s campus, she does not directly link it to online dating app use. She encourages students to recognize a larger issue that the reports may highlight.

“The reports make me more concerned and aware of the rape culture that we continue to perpetuate as a society,” McCoy said. “I hear people discuss the email alerts and they say things like ‘well, they probably were hanging out in a private place and the girl should have made sure it was in public so that didn’t happen’ or ‘I would never hang out with a guy from online in my bedroom the first night- that gives him the wrong idea.’ And that’s blaming the victim rather than recognizing that something in our society is off and needs to be healed.”

New App brings a platform to deliver and receive