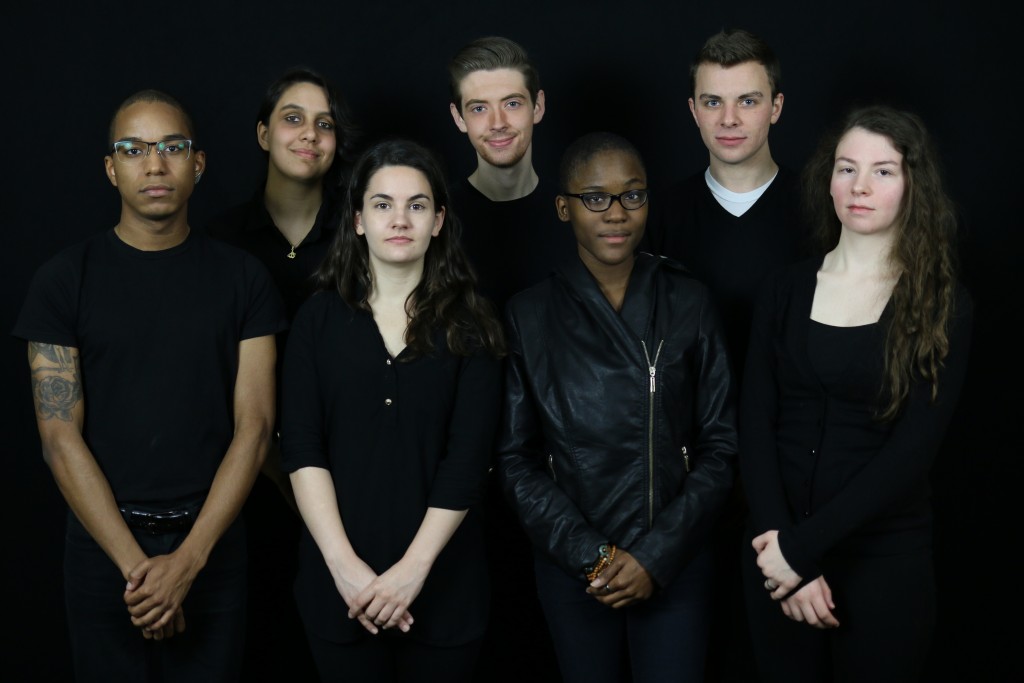 The Office of Student Media’s newest publication, Outlier Magazine, is taking a look into the uncensored minds of millennials and shedding a spotlight on diversity within the LGBTQ community.

Outlier was inspired by Outloud Magazine, Outlier’s sister publication, which was published by Student Media in 2011.

“What’s different from Outloud, here, is that it was mainly to educate allies on what being gay is,” senior and Editor in Chief of Outlier, Tom Shaw, said. “This [Outlier] is more of a celebration of being different within the community.”

The Outlier staff wanted to honor the Outloud’s legacy, but also talk about real issues facing diverse members of the LGBTQ community. The magazine will explore topics including global human rights, domestic advocacy and culture.

Shaw is the lightbulb behind the idea of Outlier, wanting to share with the community these experiences common among millennials.

Shaw began working the Office of Student Media over the summer and is currently the marketing and outreach manager for Student Media. He shared how the idea for the Outlier came about while he was working at the office.

“I was going through the archives, and it just so happen to be Pride Week, and [I thought,] ‘what better way to have a Flashback Friday than to show Outloud magazine?’” Shaw said. “It [Outloud] was a huge hit in 2011 and no one currently knows about it.”

Flashback Friday is when social media does a throw back and posts an old article or photo. Shaw’s post about Outloud was one of the most shared and viewed Flashback Friday posts in the student media website history.

From there, Shaw had some conversations with Kathryn Mangus, the director of the Office of Student Media, about how to get a magazine in the works that would continue what Outloud started.  Mangus was supportive of Shaw’s idea.

“I never anticipated to start something like this up again,” Shaw said. “But the amount of support we have received in Student Media has really motivated us to push forward with this project.”

A decade ago, people often learned about the LGBTQ community through what they saw on TV shows and movies, which was not always accurate. “Because LGBTQ people really weren’t out, all they knew was on television,” Shaw said.  “A lot of that was like ‘Queer Eye for the Straight Guy,’ ‘Will and Grace’ — a lot of conceptions of gay white men as very flamboyant.”

Shaw explained Outloud was a response to that. “I feel like a lot of the articles entries were geared toward educating the main demographic of a large majority of straight people, whether they are allies [of the LGBTQ community] or not,” Shaw said. “And that was really good for 2011. That was what we needed.”

Flash forward to 2016 and the LGBTQ community has a huge representation. “The media almost fetishizes being lesbian, gay or transgender,” Shaw said. “What we [Outlier staff] are doing is clearing up some of that representation or that lack of attention to very serious issues in the community.”

“Where Outloud was coming out, Outlier is about being different,” Shaw said. “We want to challenge the reader to think a little beyond what they think they know.”

Outlier will focus on the underrepresented and misrepresented voices in the LGBTQ community.  Shaw wants interested readers to know that more than anything, it is a magazine about diversity.

“Outlier looks at different levels of ability and disability, different socioeconomic classes, race, ethnicity, culture, political ideology and religion,” Shaw said. “We want to know the story of what it is like to be a gay Republican with an immigrant status.” The staff wants to share stories from demographics that are underrepresented by popular media.

Shaw pointed out that his staff has not heard of any other college-level LGBTQ magazines and are taking a big step in publishing stories for the voices not being heard, specifically in the D.C. area. “We are focusing on what is it like to be queer and a millennial in this region,” Shaw said.

He explained that Washington, D.C., is special because we are at a huge turning point in American history.

“Human rights are becoming a top priority for queer people,” Shaw said. “If a politician or business CEO doesn’t support human rights for queer people, then that could tank their company or reputation. There is a lot of weight in being a queer person today.”

Shaw said this is new for the LGBTQ community. “This community has so many millennials on the brink of making something happen,” Shaw said.  “[They are] experiencing things that no one else has ever experienced in our community.”

Outlier’s staff will also be sending the magazine out to top news organizations like the Washington Post.

“Our vision is that we incite a lot of what drives us into these different universities,” Shaw said. “We want them [the community] to not just look at gay white people as the poster people of this entire movement, and [to realize] that we need to talk about very ugly truths in a very honest way. But also really beautiful truths in a really great way.”

The magazine will challenge readers with op-ed pieces and imagery. “We will be doing a lot of raw, at the real images representing our articles and writers,” Shaw said. “You will see what our writers look like and see what the face of the queer millennial demographic appears to be. No one is the same, and that is the really cool part.”

Outlier wants to be an way for students to share their uncensored stories. “This isn’t a diary, by any means. These are narratives, but we really want to articulate that if you have a story, our editors want to help you write it.”

The magazine staff will be holding a launch party open to the public Friday, May 6. More information on this celebration will be shared on Outlier’s official website. “We will have speakers, entertainment and tons of copies of the magazine,” Shaw said.