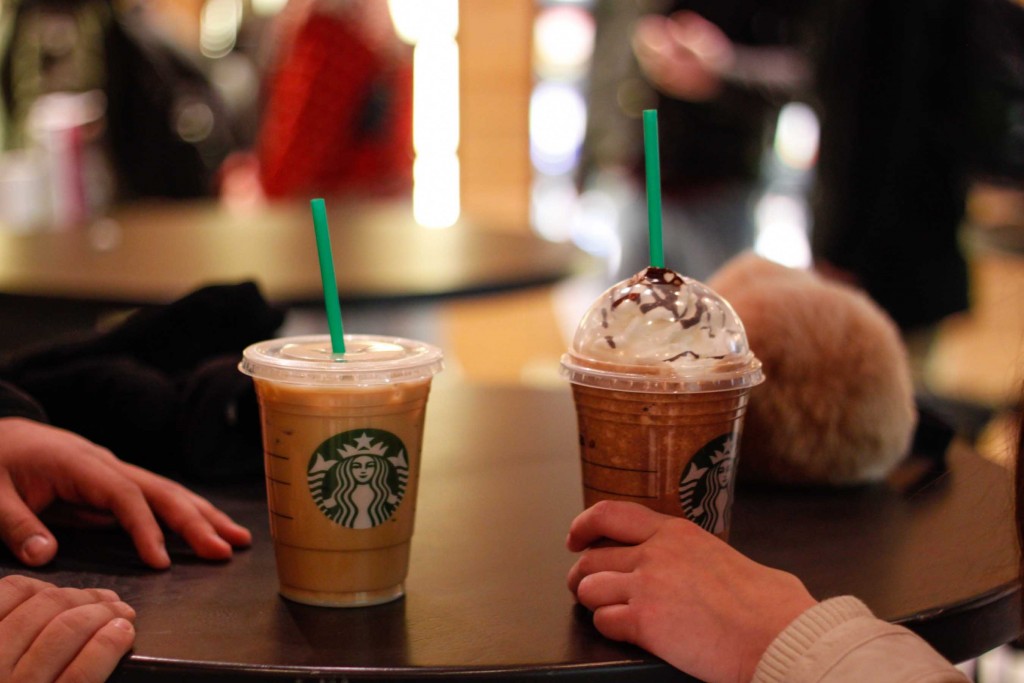 Sophomore Michelle DuMars and junior Alex Yuk went on their blind date on campus at Starbucks.  While we were pairing them together, we thought that their mutual sense of humor and outgoing personalities would fit well together.  They were interviewed separately about their date experience.

What is your major?

Who planned the date?

MICHELLE:  “First we began exchanging electronic mail and soon decided texting would be a more efficient method. He then asked me to get coffee. We both agreed on that activity, being that we both love coffee.”

ALEX: “We both kind of did, I suggested coffee and that was that.”

MICHELLE: “[We] instantly had communication issues due to the confusion on which Starbucks we were meeting at.”

Did you have a good time?

MICHELLE: “Yes, I did. The conversation never dulled and he was witty and clever.”

ALEX: “Yes, I had a good time.  Michelle is easy to get along with and fun to talk to.”

What were you expecting from this date?

MICHELLE: “I had no expectations due to the fact that I did not know him at all.  All options were on the table.”

ALEX: “I didn’t really have expectations. I don’t like to have preconceived notions about people I’ve never met. If it went well, then great, and if not, then no harm no foul.”

MICHELLE: “We could not get the location correct and ran all over campus. He also was excited that I was the Einstein’s bagel girl [Facebook GMU Crush Page reference].”

ALEX: “I thought the funniest thing that happened was when Michelle told me about how her friends Facebook stalked me and went through my profile pictures, and zoomed in on my junk. I didn’t care, but it reinforces my idea on why I think modern day dating is poop.”

MICHELLE: “We definitely got along very well; great conversation and it was an overall good time.  Our sense of humor clicked as well.”

ALEX: “I thought we clicked pretty well. I think she’s an extrovert and I can get along with mostly anyone, so it was easy to talk to her.”

What was the most surprising thing that happened?

ALEX: “I found out that she once wanted a birthday party where I currently work (which is a small and not well known place called the C Kids Club).”

MICHELLE: “It broke over the fact that we thought it was hilarious how bad at communicating we both were.”

ALEX: “I guess we broke the ice when I had to trek through the blistering winds from one Starbucks to the other and then back because I didn’t know there was a second Starbucks, and she didn’t know which one we were meeting at.”
What was something you learned about them that stuck out to you?

MICHELLE: “He worked at the C Kids Club in Ashburn as a birthday party coordinator which was a dream of mine as a child to have a party at that place.”

ALEX: “Well, she told me she has no friends but actually has a million who all carefully observed my junk.”

ALEX: “I signed up because I was bored.”