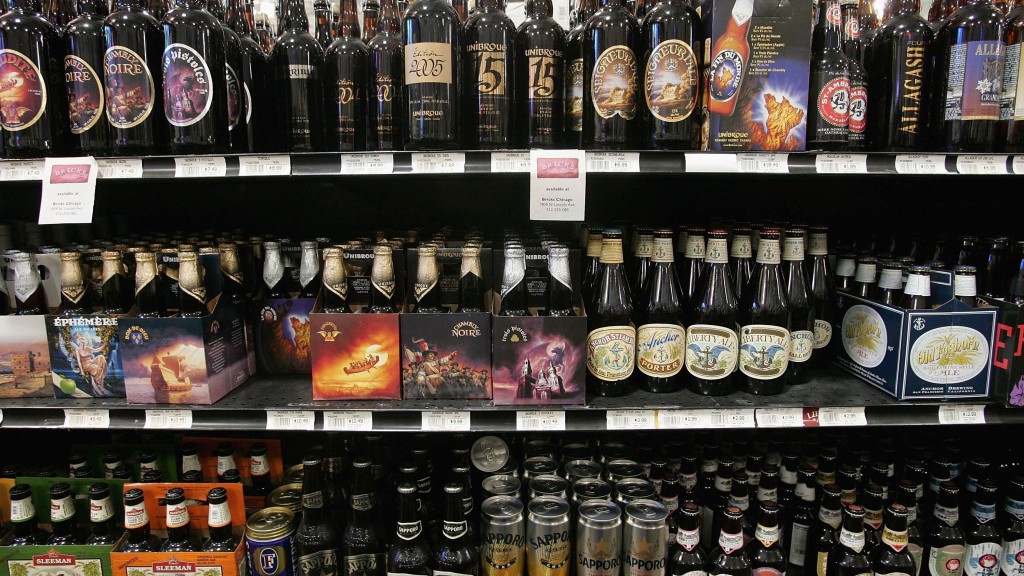 American craft beer has surged into the hearts and minds in short order. “Bring me your tired, your poor, your huddled masses yearning to drink free,” could just as easily be the inscription on the base of the statue of liberty.

American Craft Brew Association identifies craft beer as that made by a brewer that is small, independent and traditional.

America has fallen for craft beer because it speaks to our sense of freedom. Freedom to choose the beer we drink.

However around the 1985, start ups like the Boston Beer Company—the proud owners of Sam Adam’s—and family run operations like Yuengling began chipping away at the corporation’s stranglehold on the domestic beer market. This allowed an increase in beer options from a single pilsner option to the choice of pilsner or lager.

So how did we get from one, and only one, form of beer to a cadre of craft options that can seem daunting to comprehend with every grocery store visit? While today craft beer’s 17.2% control of the national beer market does not seem like a lot, it accounts for $33.9 billion dollars annually and 360,000 jobs.

The Brewer’s association defines a craft brewery in two ways, they must have an annual production of under six million barrels a year, and an outside beverage company cannot own more than 25% of that brewery. This makes things very simple for local favorites like Dogfish Head, Lost Rhino and Heritage (all a short drive from campus), as they are independently owned.

Lorton’s own Forge Brew Works even went so far as to run a successful kick starter campaign to crowd fund their business to keep major beer companies from buying a controlling interest in their brewery.

This trend begs the question, why would craft breweries be so resistant to funding from major beer companies?

It is because they’ve seen their colleagues scorned before. Several breweries we think are considered craft are actually at least partly owned and controlled by major beverage companies.

Miller owns Blue Moon and Leinenkugel. Shocktop, Redhook, Kona, Widmer Brothers and Omission beer are all owned at least in part by Anhueser Busch through their controlling interest in the Craft Brew Alliance.

These breweries are everywhere now, but this was not always the case. These craft breweries were at least partially owned by beer giants, but they were still seen as the competition. In order to protect the brands Miller and Budweiser, these craft breweries saw their production quotas and distribution based cut dramatically, much to the despair of craft brew enthusiasts.

We now live in a world where a South African beer conglomerate owns Miller and Anheuser Busch is owned by Inbev, a global beer company based in Belgium. These corporations control everything from Fosters, Stella Artois, Goose Island, Bass, Beck’s, Peroni and Strongbow Cider, as well as the brands named earlier. The major difference for their craft and import subsidiaries was that these corporations had no skin in the game. They did not care if Redhook or Blue Moon outsold Budweiser and Miller, they were in the business of growing all of their brands. Craft beer and its distribution was finally free.

Where does it leave the beer enthusiasts at Mason? Regardless of who is making them, these subsidiary breweries are often producing phenomenal beer, and in some cases unparalleled. They hold the full faith and backing of multinational corporations that allow them to grow at a rapid pace. But that is not what draws Americans to craft breweries; drinking a craft beer is a special experience.

Finding a new style of beer they have never tried from a brewery just down the road is an exploration, and this is the time we develop life long preferences.

Virginia is one of the fastest growing states for craft beers, so drink locally. I promise you won’t be disappointed.

OPINION: Why should I vote?