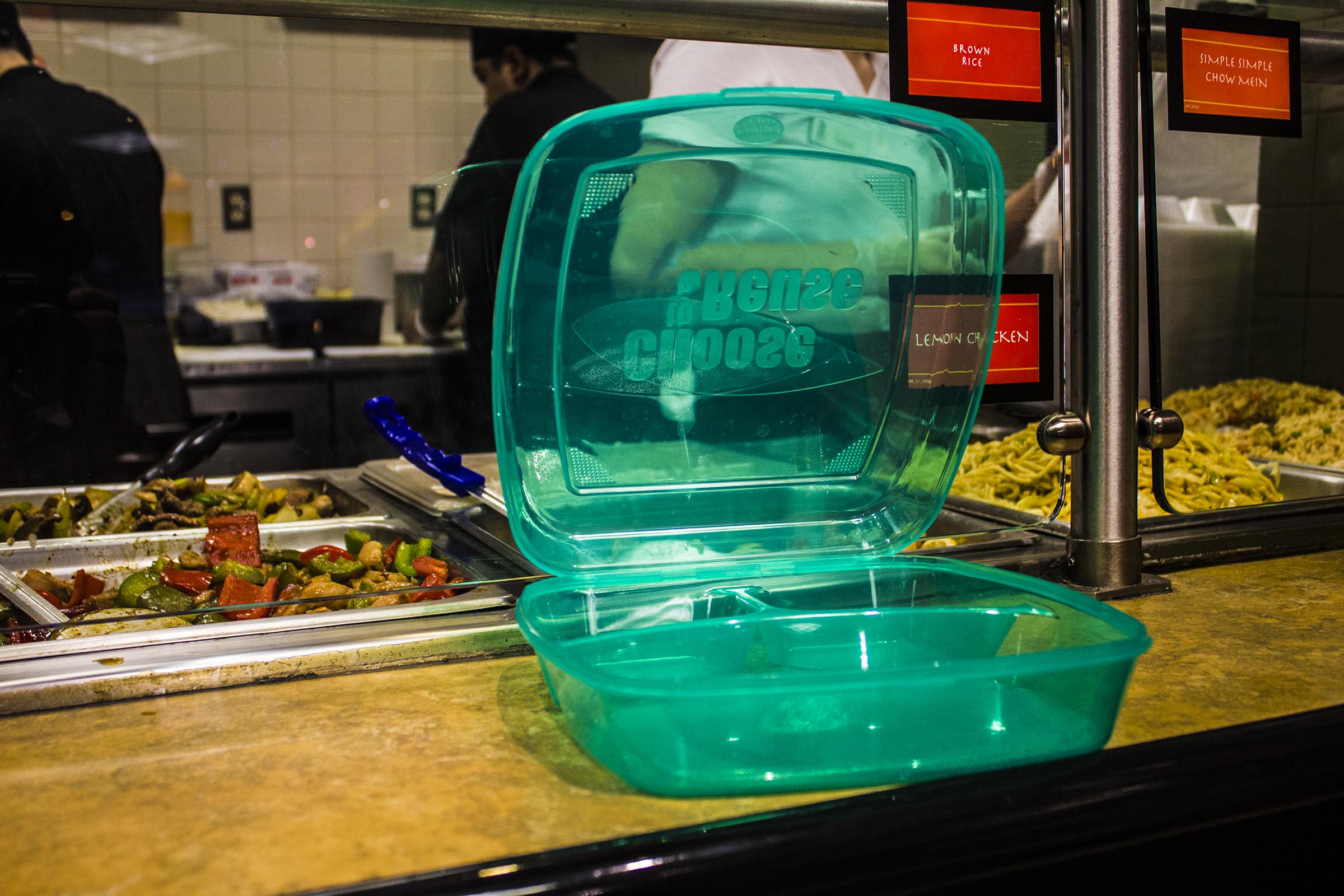 Two student-led programs on Mason’s campus, The Campus Kitchen Project and GMU Cups Up, are answering the call to go green.  Both programs are designed to increase sustainability in Mason’s kitchens and dining venues.

The Campus Kitchens Project allows university students to turn food donated from campus dining halls into meals for low-income families and individuals in the Fairfax community.

The program is an initiative of the D.C. Central Kitchen, a Washington D.C.-based organization that provides meals to homeless individuals and provides culinary job training among other services. It has so far been implemented on 36 college campuses nationwide, with Mason’s branch due to launch in mid-October, coinciding with National Food Bank Week.

“This project is really incredible in that it works to promote sustainability on all fronts,” said Clara Everett, the president of the student group coordinating the program at Mason. “By repurposing unused food, we are reducing needless waste and simultaneously helping those who need [food].”

The idea to start a Campus Kitchens Project at Mason has been gaining traction over the past few months. Everett’s group recently received a grant from Auxiliary Enterprises and receives support from multiple Mason departments and offices, including Mason Dining and the Office of Sustainability.

The Mason Campus Kitchen Project will be based in Southside, where student volunteers will prepare meals during off-hours. In addition to meal preparation, these volunteers will plan menus, organize cooking and delivery schedules and conduct community education.

Everett says the group also plans to compost or recycle much of their waste – increasing the sustainability of the project.

“It would be awesome if ultimately we end up using the composted soil to create or expand a garden at Mason,” Everett said.

The GMU Cups Up program, slated to debut at the end of the fall semester, will operate similarly to the existing Choose to Reuse program sponsored by Mason Dining. Participants can participate in the program by buying a reusable cup for sale in the Johnson Center. Every time the cup is used to purchase a drink at a designated Mason Dining facility, a discount will be given on the price of the drink.

“This [GMU Cups Up] is creating an environmentally-friendly alternative for getting fountain drinks on the go on campus and allowing hundreds of disposable cups to be put out of the waste cycle,” said Emily Novack, an environmental and sustainability studies major who is developing the program.

The idea for GMU Cups Up came from a group project Novack conducted during a New Century College course she took this past spring. She and a group of classmates were tasked with creating a project that would help increase sustainability in the community. They chose to focus on the large amount of disposable cups being thrown out daily in the Johnson Center.

“Single-serve disposable cups that are used around campus account for a lot of the litter and trash found on campus,” Novack said. “The cups in the Johnson Center can’t even be recycled due to the wax coating on them and the beverage residue that is usually left on them.”

According to Novack’s research, about 200 disposable cups were sold in one hour at the Johnson Center.

After presenting the project to her class, Novack brought the idea to Caitlin Lundquist, Mason Dining’s marketing and sustainability manager, to see if it could be implemented on Mason’s campus. Novack has been developing the project since then, with Lundquist serving as an advisor.

To supplement the program, Novack is also trying to create a smartphone app that will track the environmental impact of GMU Cups Up participants and offer additional discounts and coupons.