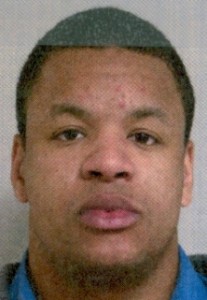 Sean Tyree, a registered sex offender, has been harassing Mason students in and around Fairfax City and County. (Photo courtesy of the Virginia State Police sex offender registry)

An email from Rose Pascarell, Vice President of University Life, was sent to Mason students last night warning of a sex offender that has been harassing female students in and around Fairfax City and County.

The man’s name is Sean Tyree. However, Tyree has been introducing himself to students as David Johnson.

“Mr. Tyree, a registered sex offender, reportedly has been misrepresenting himself as a Mason student and a member of a Mason fraternity. University and fraternity officials have confirmed that he is not a current student or fraternity member,” Pascarell said in the email.

According to Eric Heath, Chief of Police at Mason, the Mason Police Department has been working in conjunction with City of Fairfax Police and Fairfax County Police to ensure the safety of Mason students.

“After the incidents were reported to the GMU Police Department, our investigators worked directly with the reporting victims to ensure that the necessary summons’ were obtained in order to further charges against the suspect.  From the onset, our investigators have involved the City of Fairfax Police and the Fairfax County Police, specifically their Criminal Investigations Bureau, in order to share information that might help monitor the suspect and prevent these issues from recurring,” Heath said.

According to the Virginia State Police sex offender registry, Tyree was convicted in Aug. 27, 2010 on a count of carnal knowledge of a child 13 to 15 years old. Tyree is still currently on probation/parole and has also had two subsequent violations of the terms of his probation/parole which were failures to register as a violent sex offender in July and August of 2012.

Students have reported that Tyree asked them for personal information, including their phone numbers, and offered them rides to off-campus parties.

Shelby Barnes, a senior, said she was approached by Tyree at a Safeway near the Fairfax campus.

“He was asking me my year in school and telling me he graduated from JMU and was going to grad school at Mason in the fall,” Barnes said. “He just told me he likes to have a good time, play beer pong with friends, and stuff like that and then he asked for my number because he thought he would see me around campus.”

Barnes refused to give Tyree her phone number, after which he shortly left.

Pascarell warned students in the email to use caution and pay attention to their own safety, both on and off campus, as well as the other students around them.

Barnes appreciates the university’s timely notification of Tyree’s activity and the amount of social media attention it has received.

“I feel like the girls on campus, and guys, are taking this story seriously, especially knowing a few others who have been approached by him as well,” Barnes said. “It’s nice seeing everyone come together and warn each other of a potential threat in our community.”

Alexa is Editor-in-Chief at Fourth Estate and a junior majoring in communication with a minor in American government. Her content is brought to you by triple-shot vanilla lattes from Starbucks. Follow Alexa on Twitter: @alexaarogers
View all posts by Alexa Rogers →

New school of policy to be among largest in the nation