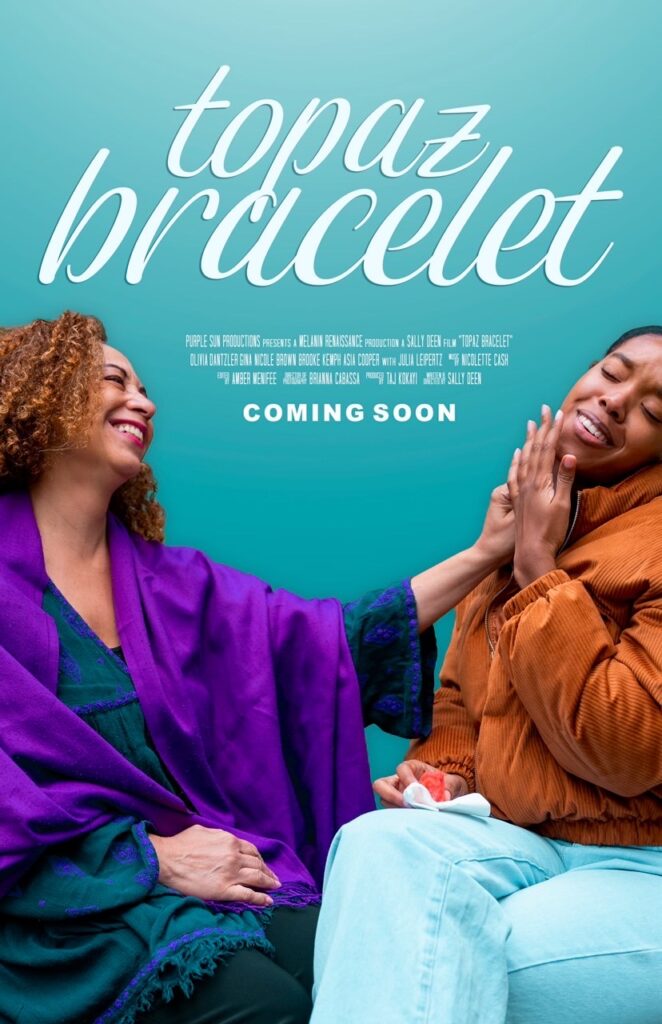 With her growing career in the film industry, 2021 GMU’s Black Artist of the Year, Sally Deen alongside producer Taj Kokayi demonstrate representation in cinema.

Purple Sun Productions recently released the film, “Topaz Bracelet.” This film depicts a young woman named Choyce portrayed by Olivia Dantzler mourning the loss of her grandmother and is on the path of retracing her steps. Choyce’s grandmother, who she addressed as Nana, gave her a bracelet with a topaz.

However, after awakening from a hangover, she realized the precious gift from her grandmother was lost. She informs her friend Kim about the dilemma so they search for the topaz bracelet places where they believed it would be. Feeling hopeless, Choyce makes her way to the bench at the pond she sat at with her Nana where she realizes she had the gift with her the entire time.

“I wanted to add in the element of familial love and along with that, self-forgiveness because I know my familial relationships are the most important in my life,” Deen said. “I wanted the audience to take away that a person’s legacy is more than just the things they left behind, it’s also about the memories you shared with them.”

Dantzler emphasized that this story was necessary to tell because of the importance of having a relationship with your elders. She hopes the greatest takeaway the audience will have is to be willing to make time for their elders.

“It goes to say that life isn’t guaranteed the next day, and you never know and that’s the hard truth,” Dantzler said. “So just be thankful for every moment that you had with everyone.”

One of the most common themes of this film was how Choyce had flashbacks of her with her Nana ever since she woke up from the hangover.

Gina Brown and Asia Cooper mention how it’s about the bonds you form with your elders that matter the most. Brown explained how this was the element of the film she favored the most.

“When I was sitting on the bench and I hugged Choyce–it was reminiscent of just a time in my life,” Brown said.

Asia also emphasized the importance of being home and how it brings your peace and that the bond you create with your family protects you.

“I do believe that making those memories and keeping them with you really tells you to bond with your family, especially during this COVID time,” Asia said. “It’s crazy, anything can happen, and being home is always a place to come back to.”

With this being her senior year at Mason, Deen will set the example of the importance of representation in the film industry moving forward.

Jalen Stubbs has been with the Fourth Estate since the spring of 2021 and serves as the Managing Editor for the 2022-2023 academic year. He is majoring in Communication with a concentration in Journalism and a minor in Sports Communication. He can be found on Twitter: @JalenStubbs_.
View all posts by Jalen Stubbs →