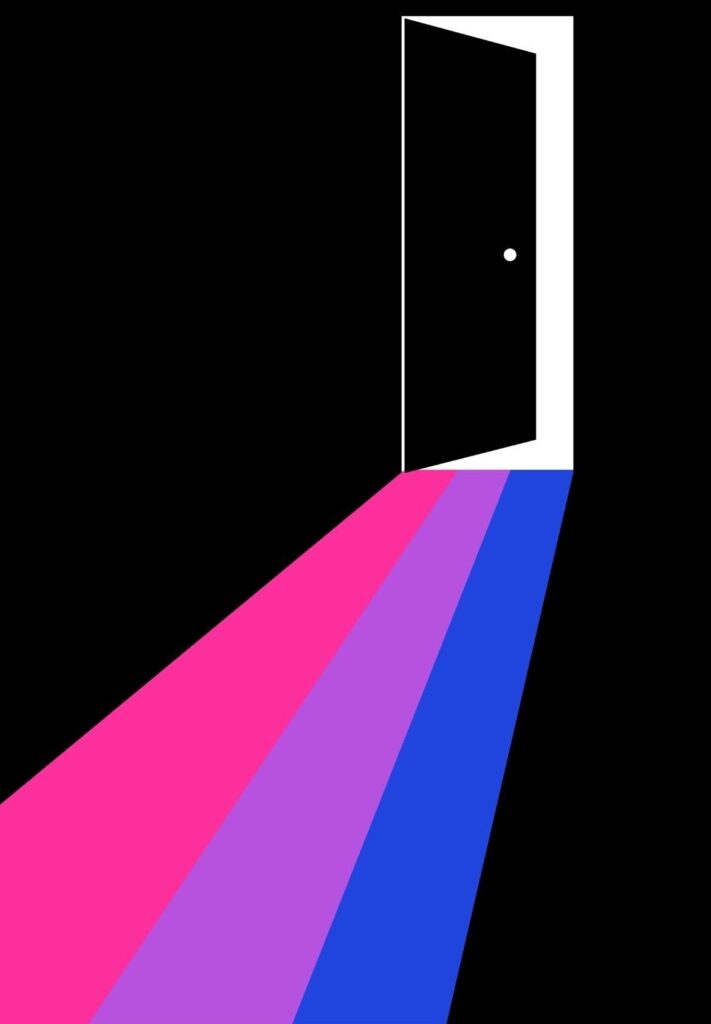 Coming from a Christian background and attending private school in Texas I never fully understood that women were an option for me. It was until I left that environment and came to school here in Virginia that I began to see things differently.

It was the fall semester in art class when I realized my attraction to women was evident. I was drawn to them as I was with men and I couldn’t deny it anymore. After a realization and talking with a friend, I decided to ponder choosing a label.

Choosing a label is DIFFICULT because they can define you in both good ways, and at times stigmatized ways. That’s just the way it is. But I encourage you to embrace it and just be you.

Upon choosing my label as “bisexual”, I quickly learned a lot and was questioned often. Some of the main questions that I was hit with were: What have you done with girls? Have you ever dated a girl? Are you sure?’

This was the reality of coming out of the closet. Although it’s amazing, I got asked a lot of questions. Some questions made me want to give more than a glare to the person who asked them. It made me feel angry and less accepted to be bombarded with so many questions. I would rather someone reply with “that’s cool” or “dope” than ask me so many questions.

Let me explain some more. Basically, in order to qualify as “bisexual”, you need to have done something with a girl. Frankly, that’s completely unrealistic in my opinion. I think the feelings and emotions you have are 100 percent valid in choosing a label for your sexuality. You don’t have to do something physical to be bisexual or any other label you may have. IT IS VALID.

I know some people may disagree with that opinion and bring up the argument of how do you know if that person is really gay then? I would bring up the same argument and ask: how do we know they are really straight if they are virgins? Emotions and desires should be more valid than something physical.

I always encourage people to explore their sexualities in a safe environment but, remember that exploring looks different for everyone. As a message to anyone in the closet or LGBTQ+ community: your label, your emotions, your feelings are VALID. Don’t let others’ opinions define you, just simply be you. Label or not, never stop being yourself.