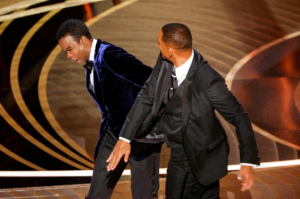 Every year, the Academy Awards celebrates some of the best films of the previous year and, chances are, you have already heard about this year’s Oscars ceremony.

Since its debut in 1929, it stands as a pivotal moment in an actor’s career which various generations of performers have longed to participate in. As such an important event, you would think it would have stood the test of time. Unfortunately, in recent years, that was not the case.

In 2021, the Oscars were faced with all-time low viewership, likely due to the COVID-19 pandemic which has decimated the film industry since early 2020. Since this was also a period of economic hardship, it is entirely possible that viewers were uninterested in glamorous award ceremonies celebrating out-of-touch millionaire movie stars.

Many wondered if this was going to spell doom for the Oscars.

Fortunately, this year’s Academy Awards ceremony provided a much-needed break from the cheesy acceptance speeches and stale social commentary characteristic of post-COVID awards shows. This break would come in the form of an altercation between two celebrities: Chris Rock and Will Smith.

The incident targeted actor Chris Rock, who was announcing the winner of Best Documentary Feature when he made a joking quip about Jada Pinkett-Smith’s bald head. It is important to note that she shaved her head after a long battle with Alopecia.

Best Actor winner and Jada’s husband, Will Smith, wasn’t having it. Seeing his wife in visible discomfort at Rock’s joke, he grew so upset that he stormed up to the stage and struck Rock in the face. Furious, he returned to his seat and proceeded to yell obscenities at Rock.

Will Smith has since apologized for this outburst, but unfortunately, the damage had already been done.

The incident, viewed by millions, trended all over social media in the form of sensationalized articles, tweets and memes mocking the situation. Smith also resigned from the Academy of Motion Pictures Arts and Sciences and has received a 10-year ban from attending the Oscars. While it may have been quite the ordeal for all those involved in the altercation, it may have been just what the doctor ordered for the evening’s ratings.

Statistics show that for the 94th Academy Award ceremony, viewership rose by 56% after a historic low in 2021. While this still means this year was the second least viewed Academy Awards ceremony in history, there is no denying that things are beginning to look up for the Oscars.

Additionally, this year’s Academy Awards were historic for reasons other than Will Smith’s outburst.

This year’s winner for Best Picture, “Coda,” was the first film hosted by a streaming service to win the award. Another groundbreaking moment, this time for the disabled community, saw deaf actor Troy Kotsur win the Oscar for Best Supporting Actor, making him the first deaf man to win an Oscar. Jane Campion, director of Netflix’s “The Power of the Dog,” became one of three women in history to win the Oscar for Best Director. The LGBT and Afro-Latino communities also had something to celebrate as openly queer actress Ariana DeBose won the Oscar for Best Actress, the only openly queer woman of color to do so.

Overall, this year’s Academy Awards were rather historic.

The future of the Oscars looked very bleak as economic woes and a global pandemic threatened its existence. Fortunately, now that Will Smith’s altercation with Chris Rock has sparked a new interest in the Oscars, perhaps viewership will continue to climb to new heights. With the Oscars increasingly reflecting a diverse array of people among its winners, it is safe to say that this upward trend may very well continue.