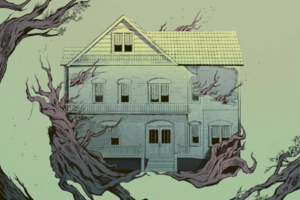 As presented in Carmen Maria Machado’s memoir, In The Dream House, the throws of Intimate Partner Violence can be difficult to escape, regardless of society’s expectations

Soul-stirring words from Brené Brown: “Pain that is not transformed will be transmitted.”  If you do not alchemize pain into healing, you will pass your pain to another. For this reason, abuse is cyclical.

Additionally, in our society, we don’t talk about abuse from intimate partners due to stigma, shame, and widespread ignorance. The issue compounds with conflicting social pressures (Why are you staying? Drop them!), creating internal conundrums involving broader societal pressures, which complicate the nature of the relationship.

How does this work? The abuser will pass their pain (typically feelings of inferiority or self-entitlement) onto the victim. Out of deep love for their partner, the victim may hold onto that pain. Out of a desire to preserve themselves, they may reject that pain.

As they remain exposed to abuse, initial feelings of indignant rage will fade as they become desensitized. It is replaced with internal uneasiness. Nothing I do changes the behavior, they think, Is it my fault? It must be… This feeling of unbalancedness and unworthiness leaves the subject vulnerable. They no longer trust themselves to have control over the situation, so they hand their power over to their partner, leaving them susceptible to abuse.

However, IPV comes in different forms.

Typically, people imagine a male perpetrator and a female victim. After all, women are disproportionately impacted by IPV. And often, their perpetrators are men. However, please be mindful that men can also be victims of IPV.

When consulting a study published by the National Center for Victims of Crime, there are similar rates of psychological aggression (46.5% of men v. 47.1% of women) and physical violence (27.5% of men v. 31.5% of women) experienced by both sexes.

In Carmen Maria Machado’s memoir ‘In the Dream House’, Machado voices the concept of “archival silence”. Archival silence is when a facet of human experience has not been inked into history books. Machado states,“I enter into the archive that domestic abuse between partners who share a gender identity is both possible and not uncommon, and that it can look something like this.”

In her story, Machado falls in love with a woman she chooses not to name. The woman is a silky blonde with a slim body, and a sultry, ragged voice to match. She oozes sex appeal. Basically, everything Machado isn’t.

Tongue in cheek, she reflects, “part of the problem was, as a weird fat girl, you felt lucky.” Lucky that a breathtaking woman such as this thought she Machado was worth her time.

The linear narrative becomes disjointed as she flickers in and out between memories; her girlfriend banging doors, colorful screaming, heated rampages, vulnerable moments where Machado was tucked away in the bathroom, begging the Universe to offer mental peace.

Those breaks in the narrative are a metaphor for how the trauma induced by her abuse has sent her emotionally spiraling. Regardless of her suffering, she stayed. Why?

For the same reason why “people settle near volcanoes because the resulting soil is extraordinary,” Machado writes. Hope.

At one point, she wished she had physical evidence of abuse, saying, “I wished that I had a police report, or a black eye. And I recognize that that’s really f**ked up but also there’s something about having clarity that feels intoxicating and that I think I wanted and continue to want.”

In a Guardian article, Machado muses, “Inherent to domestic abuse in queer relationships is the fact that no one is going to believe you,” she says, “because there is no narrative for this.”

Queer people don’t have the model of a mainstream LGBTQ+ abusive relationship to work with. Queer people don’t know what’s considered unhealthy behaviors for their same-sex/opposite-sex/gender non-conforming partner. And while some may argue that abuse is abuse, regardless of relational dynamics, the fact remains that there are complicating factors that distinguish heterosexual and queer relationships.

For example: having abusive partners weaponize their identity (outing their partners in areas where it’s not safe to be out – a scare tactic), fears of social ostracization, fears that discussing negative parts of the LGBTQ+ community will erase progress for the collective. There’s minimal dialogue for those experiences. So, Machado humbly offers a “rough, working attempt at a canon” – a conversation starter, a silence-breaker, an invitation for naked honesty.

By tipping the first domino, she has enabled thousands of people in the LGBTQ+ community to speak up about their abuse.

Our current narrative around domestic abuse is silence. Let’s overwrite silence so that we can offer hope to those suffering.

Never forget: Patterns are co-creations.  It takes two to create a pattern. But it only takes one to break it. Be the pattern-breaker.

Check out the following links if you or someone you know is in need of help.

AFTER A DRY SPELL, THE ACADEMY AWARDS ARE BACK IN THE SPOTLIGHT