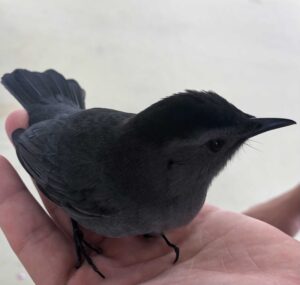 Time may be running out for these fascinating fliers, but it’s not too late to help them

Birds, some of the most colorful and majestic animals on Earth, are also some of the most endangered. Climate change, habitat destruction, pollution and even poaching have led to the extinction of 159 bird species, while others are critically endangered.

Thirteen of those extinctions in the Americas have taken place over the past 50 years, and only 18% of the most threatened birds are protected effectively from extinction.

Some of the most well-known endangered birds include emperor penguins, ostriches, kiwis and various birds from the parrot family. Though some of these birds have better chances than others, some — such as the emperor penguin — will likely be extinct by the end of the century or sooner due to global warming and greenhouse gas emissions.

The loss of these beautiful animals is not only heartbreaking, it is dangerous. Because birds indicate the health of the environment, they tend to be the first affected by issues and serve as an alert to humans that something is not as it should be.

They also serve as natural pesticides by eating bugs, decreasing the need for artificial pesticides. Many birds spread seeds, and some even pollinate flowers. Because of the many roles they play, losing certain birds would irreparably damage the ecosystem.

Volunteering at a local bird conservatory or Audubon society is a good way to help protect bird populations. It is also a good idea to volunteer to help with habitat restoration and join cleanup events at local parks, lakes and beaches. Volunteering takes only a little time, but its impacts ripple across many years.

Smaller scale ways of helping include properly disposing of trash and recyclables, boycotting companies known for pollution and animal testing, and using as many recycled products as possible. Refraining from cutting or pruning trees and keeping native plants will ensure nesting habitats for local birds. Installing birdhouses, feeders and birdbaths in your backyard will also serve as shelter for any birds that may need it, but don’t forget to keep dogs and cats away from the birds living there.

With more and more bird species’ populations rapidly declining, it is up to us to eradicate endangerment and extinction. We should have a future where people hundreds of years from now will know the joys of watching emperor penguins waddle along, seeing a scarlet ibis stretch its wings and witnessing a flock of hyacinth macaws take to the skies. A world without birds is a world that should never exist, and it is our job to prevent it.

McKenna Baxter is a Staff Writer of Fourth Estate for the 2021-2022 academic year. She is a senior majoring in Communication.
View all posts by mbaxter9 →

THE “ORIGINALS!”, A RED CARPET EVENT