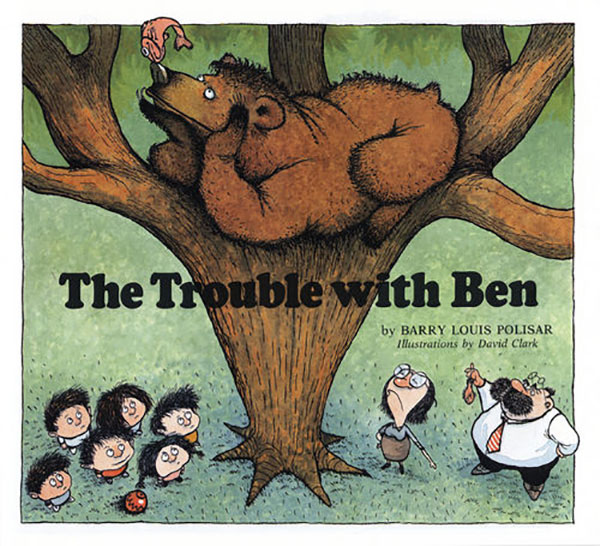 In an effort to raise awareness for different forms of performance art, the Hylton Performing Arts Center and the Prince William Public Library System collaborated to create a series of storytelling events entitled Hylton at Home Story Corner. In a virtual performance streamed on YouTube on Saturday, Feb. 20, string instruments played alongside the classic children’s book “The Trouble with Ben,” written by Barry Louis Polisar and illustrated by David Clark.

Members of educational music group Sound Impact contributed a pre-recorded performance for this edition of Story Corner. The musical composition was played by a string trio, with Rebecca Jackson on violin, Tiffany Richardson on viola and Danielle Cho on cello.

Young viewers also got the opportunity to learn about the types of instruments involved. “Violins, violas and basses are all alike because we all have four strings and we all have a bow which we draw across the string,” Jackson explained. “All of our instruments are hollow boxes and their shapes are alike. The main difference is the size, violin being the smallest and bass being the largest. We are all a part of the string family!”

The book was originally written to be performed alongside string instruments in order to bring the plot to life. Throughout, the trio illustrated the different actions and emotions described in Polisar’s story. For example, wintertime sounds consist of soothing music reminiscent of hibernation, mingled with sharp, icy sounds. In scenes where the main character played outside, the music included playful plucking sounds and melodies.

“Just like authors write the stories and books you read at home, composers write music to tell stories as well,” Richardson said.

The music helped the audience sense the main character’s feelings towards himself and others at different points in the story. In scenes involving anger and frustration, the performers made sure to direct all their energy into the scene. The instruments’ high and low pitches made the climax of the story evident.

The important message that viewers took from this performance is about the beauty of individuality and how being different is okay. For the composer and performers, this event was an opportunity to illustrate the message behind Polisar’s story.

“For this piece of music, I used a lot of different sounds and techniques to tell different parts of the story,” explained composer D. J. Sparr. “Music can help us feel and express our emotions.”