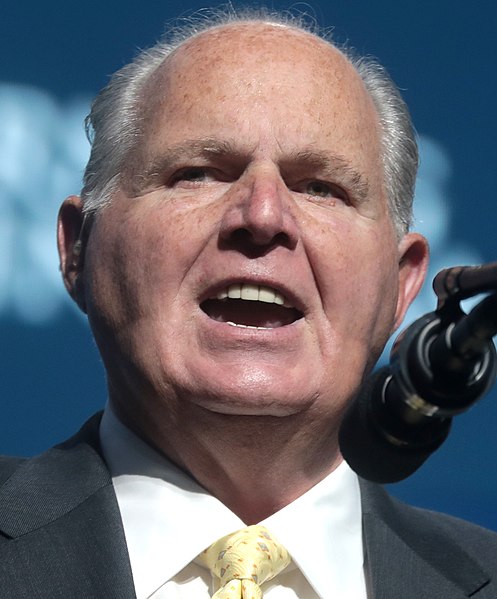 He was talented, and he knew it.

He dropped out of college to follow his dreams. He failed for years before finally breaking through. He captivated a massive audience and redefined his medium. He abused drugs and was embroiled in controversies. He married four times. He made more money than anyone could know what to do with. He died at the top of his game, with millions of fans and dozens of imitators, but no equals.

In other words, he was the quintessential American entertainer. Yet few people understand Rush Limbaugh that way.

The most obvious reason why is that he was politically conservative. You can’t separate Limbaugh’s talent from his politics, which is exactly how he wanted it. There’s a baseline expectation in American life that celebrities at least go through the motions of being politically progressive, getting arrested at climate protests and donating to gun control groups. Limbaugh made a career out of not doing that and mocking celebrities who did.

Another reason we don’t think of Limbaugh as an entertainer is his medium. Radio was the primary entertainment medium in the U.S. before television, but now we think of radio as a place for news, traffic and weather reports, or listening to other people’s music. When “The Rush Limbaugh Show” first came on the air in 1988, it was the first time in decades that many people heard original, entertainment content on the radio.

Comparing him to political commentators isn’t right. Rachel Maddow is an extremely successful political commentator, but she isn’t worth $600 million. And good ratings for her are about four million viewers, nowhere near Limbaugh’s 20 million listeners. Limbaugh was in a different league, more similar to world-touring musicians than cable news talking heads.

That’s exactly what he did for decades. There was always something subversive about listening to Limbaugh’s show. Snatching the radio waves out of the sky and piping them directly into your car or office made you feel like part of an underground movement. Limbaugh had his own lingo he used on the show — “drive-by media,” “Chi-Coms,” “Ronaldus Magnus” — that increased the insider feeling for listeners.

He also had a massive ego, coming up with many nicknames and titles for himself. “El Rushbo.” “Professor of the Limbaugh Institute for Advanced Conservative Studies.“ He claimed his show was broadcast by the “EIB Radio Network,” which stood for “Excellence in Broadcasting” — and didn’t really exist. He promised to argue with the left with half his brain tied behind his back, just to make it fair. He claimed his talent was on loan from God.

It all looks silly written out like this, but that’s what made Limbaugh’s talent so impressive. He performed with his voice, and his entertainment was only meant to be heard. He had a television show for a few years in the ‘90s, but it didn’t last. His talent was radio, and he was better at it than anyone, ever.

His show ran for three hours a day, five days a week, for 33 years. Naturally, running his mouth that much with the goal of being provocative got him into trouble. He said plenty of nasty things that I’m not going to defend. Pick any of his outrageous comments, and I’ll agree that they’re outrageous. Rush Limbaugh was not a role model, and he shouldn’t be a role model. But most of the people with the harshest opinions of Limbaugh never listened to his show.

Limbaugh’s show was nowhere near as crass and crude as shock jocks like Howard Stern or Bubba the Love Sponge (yes, that was an actual show that was very popular in the early 2000s). I first heard Limbaugh around age 11 because my dad would have it on. Limbaugh often spent entire segments on the Founding Fathers.

He had that special something that separates great entertainers from good entertainers: His audience felt like they knew him. Referring to him as “Limbaugh” in this piece to accord with newspaper style has been slightly uncomfortable. To listeners, he was always “Rush.” “Did you hear what Rush said yesterday?” “I was listening to Rush, and he was saying…” “Wonder what Rush is going to say about this tomorrow.”

His effect on our current politics is only beginning to be seen, and it’s not solely positive. But it’s hard to think of someone who got more ordinary people involved in politics than Limbaugh. His show thrived on his personality, but it also thrived on taking calls from listeners. Every week he had “open-line Friday” where the entire show was devoted to interacting with callers. That was the original social media. A commentator tells you what he thinks. Limbaugh let you tell him what you think, and tens of millions of Americans got to hear it too.

It was sad to see him slowly die of cancer over the last year. He was always a large, energetic man, and the disease left him skinny and visibly weak at the end. He ran the EIB Cure-a-thon on his show for 26 years, and it raised about $50 million for cancer charities. Regardless of his political activities, let’s hope the money he raised will help to eradicate the disease that killed him.

He was talented, and he knew it. And he talked into a golden microphone for three hours a day to make sure you knew it too. That was Rush Limbaugh, an entertainer for the ages.

HOW MASON MEN’S BASKETBALL SCHEDULE WAS UPENDED BY PANDEMIC