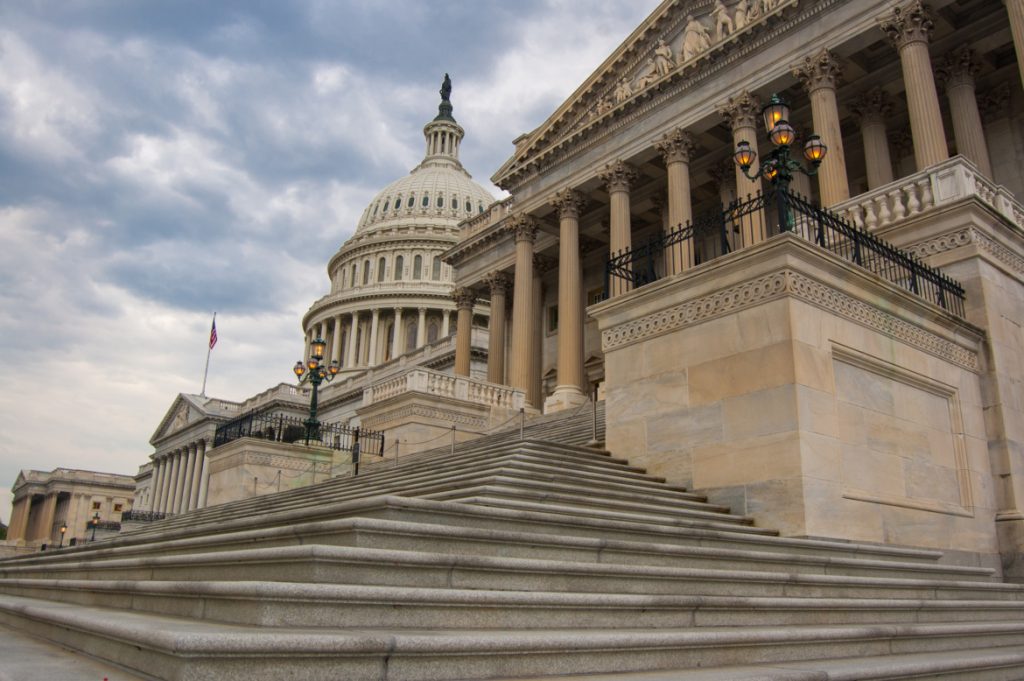 “Impotence” is the word that best captures the scene at the Capitol on January 6. Capitol Police fumbled and failed to stop insurgents from raiding the seat of the world’s oldest democracy. The legislators inside — many of whom are elderly — were led by bodyguards through the tunnels of the Capitol compound, away from the intruders who could have harmed them. The people we elected to lead us were dramatically reduced as they crouched beneath windows, praying they wouldn’t fall victim to the violence that had festered from their neglect.

The United States government was not the victim of some cunning strongman, but of its own sickly impotence.

The Republican Party has perennially admonished the public on the looming threat of big, powerful government. But Wednesday showed that we shouldn’t have feared the power of government — but rather its weakness, its ability to be easily subverted by opportunistic goons and fringe interests.

The spectacle on Wednesday was partially the result of a defeated president hopelessly clinging to power, but it was more the outcome of lawmakers who have consistently refused to exercise their own power, resigning themselves to a bizzaro image of “service.” For four years, we’ve watched the “stars” of the Grand Old Party, men who had long careers and even presidential ambitions of their own, cede their power to a dysfunctional presidency.

Senator Marco Rubio, once wunderkind of the Florida legislature, let his optimistic vision for a 21st century, multi-ethnic, family-focused Republican Party be subsumed by anti-intellectualism and paranoia from this administration. Senator Ted Cruz, with his hawkish instincts and near cartoonish reverence for the Constitution, submitted to a president who solicited the help of foreign powers (on that “perfect phone call”), betrayed the public trust and brazenly disrespected Mrs. Cruz. Senator Lindsey Graham, once a standard-bearer of the moderate wing of the GOP, genuflected for a man who he himself once predicted would destroy his party, a man who insulted his friend John McCain, all while drooling for but a few drops of the president’s power and influence.

Some call this political cynicism in the pursuit of power, but that simply diminishes the meaning of the word “power.” Power can be defined as influence, the ability to change things. These men ceded their own visions for the country in favor of Trump’s. That definitionally cannot be in the pursuit of power. They were after something easier, cheaper — something closer to position or prestige.

All the while, they argued they were serving their constituents. They had to go along with his fictions because their voters believed them. Many of them, like Cruz and Senator Josh Hawley, had to object to certification because, whether they liked it or not, their voters believed the election was stolen. It is this insecurity, this yellow-bellied spinelessness, that characterizes the American political aristocracy, precisely against the founders’ designs. When did the concept of service get subverted into gross indulgence of those you serve rather than leadership?

Many of those expressing this sentiment, particularly many new Trump-lite GOP House members seeking reelection, really were and are in this shaky position. But those of repute, those like Rubio, Cruz and Graham, were not. They were U.S. senators whose political careers predated and could easily outlive the president’s. They had careers and clout on their own. The 2020 election — where GOP Senate candidates in swing states consistently outperformed the president — proved this.

If this is the level of deference we see in relative political security, could we ever expect them to stand up to a real thug? Someone who was ready to use the coercive tools of government against them if they step out of line? History is filled with far more gruesome consequences for political bravery than mean tweets. Bar Senator Mitt Romney, who was bold in his assertion that to lead is to tell the truth, it’s hard to find examples of real political bravery from the Senate’s Republican members. Condemnation of the president only came when it was convenient.

Only late Wednesday night, when it became clear that Trump not only lost the election but will leave office in historic disgrace, did a few of these “stars” decide to play the hero on the Senate floor — too little too late. Even then, some stayed the course with their indulgence of the president’s lies by voting to sustain the objections to Arizona and Pennsylvania’s Electoral College votes. These officials are too weak to lead, too chicken to be charged with defense of the Constitution.

Americans should not fear those who seek power, but those who would give it up so easily. Leaders with true ambition, actual pride and a thirst for real power would have been far less enabling of Trump, and far less dangerous these past four years. While a delusional, lame-duck president doing anything to cling to power is dangerous, our more fatal malady is politicians clothed in awesome power and responsibility behaving as if they have neither.