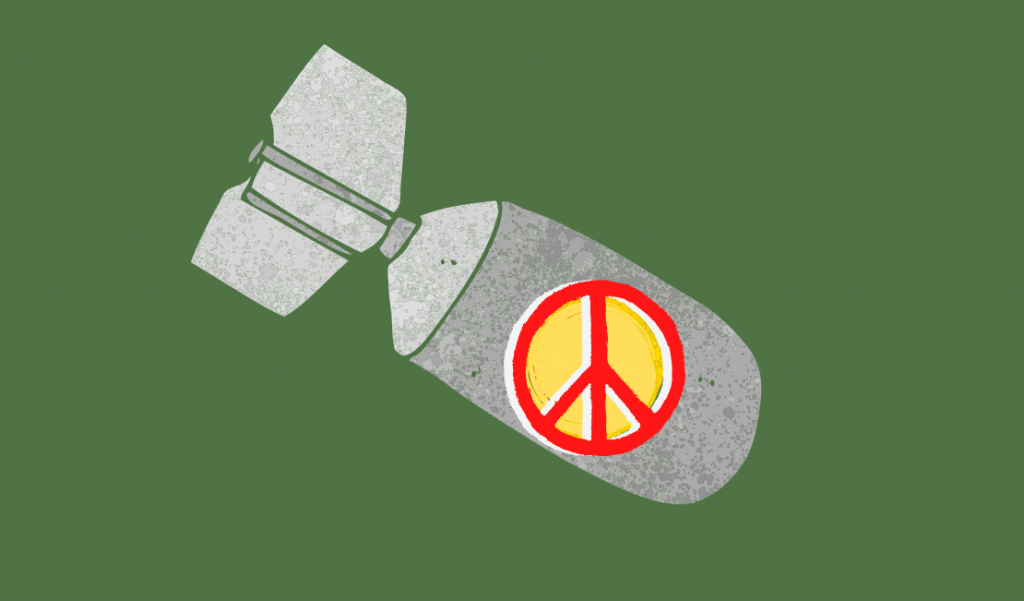 A mysterious, bright flash stopped the city’s people in their tracks. A roar deafened the city. The ground began to shake. These weren’t the consequences of a natural disaster, but rather something man-made: a bomb.

It was on that August day, 75 years ago, that the people of Hiroshima became the test subjects for the first use of the atomic bomb on a civilization. The force equivalent to 16,000 tons of TNT killed tens of thousands and wounded even more. The lucky ones were gone as soon as the atoms split. But the unlucky ones remained to witness the carnage left behind.

For the initial survivors, a blinding darkness would arrive all too soon. They would find most of their city turned to ash and debris. Those who were still alive were injured, and those who were not injured would likely fall ill to radiation poisoning. Three days later, the people of Nagasaki felt that same blast and were forced into that same darkness.

For the majority of the 20th century, we cared about who the next target would be. At the height of the Cold War, the U.S. and the Soviet Union possessed over 60,000 nuclear weapons. Thankfully, after the Berlin Wall fell, the nuclear stockpile began declining and nuclear anxiety began disappearing. Now, there are approximately 13,400 nuclear warheads worldwide. This is progress, no doubt, but it’s not where we need to be yet.

Sadly, nuclear apathy has only been growing, especially among young people. According to an International Committee of the Red Cross report, more than half of millennials believe that a nuclear attack will happen somewhere in the world within the next decade. However, these same millennials ranked nuclear war as their least concern out of 12 global problems. Young people know about nuclear weapons, they just don’t care about them in the face of problems they perceive as greater.

After decades of fear and uncertainty on nuclear weapons, eventually we just got used to the threat instead of trying to eliminate it. The threat didn’t go away, but our focus on the threat did.

I know that people don’t want to discuss another way our world sucks, especially right now. But these weapons aren’t going away unless we start to care. There is a path to peace, we just need to act on it. Progress may be painfully slow, but it’s worth it.

Over the next three decades, the U.S. is projected to spend $1.7 trillion on the maintenance and replacement of nukes, which includes the submarines, airplanes and missiles that carry them. The more that we invest in our nukes, the more our enemies are going to invest in theirs. Imagine funneling this money into building our country up, like investing in our infrastructure or clean energy, instead of weapons that will tear other countries down. Imagine a world where levelling cities isn’t a viable tactic that countries can use. Imagine a world where we don’t have to worry about a nuclear threat. That’s a world worth fighting for.

You don’t have to take it from me. I’ve never seen a nuke, never felt the blast, never even been worried that one would hit my area.

But George Booker, a British veteran, was one of the many “atomic veterans” that witnessed his government test an atom bomb. His advice is clear: “The onus is now on the young people, who are coming to take our place, to get rid of these weapons.”

Takato Michishita, a survivor of the Nagasaki blast, brings forth an uncomfortable truth that only those who know war can share. He pleads, “Dear young people who have never experienced war, ‘Wars begin covertly. If you sense it coming, it may be too late.’”

Every day a nuclear weapon exists is a day with potential for war to come. It’s not too late to act, not yet.

STUDENT PLANS FOR NEXT SEMESTER