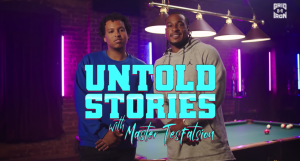 Master Tesfatsion can be described in one word: Texas. For many aspiring journalists and Eritreans living abroad, Tesfatsion is the embodiment of a dream come true. Usually, Eritrean parents want their kids to grow up and become doctors, lawyers or engineers. Tesfatsion, however, found himself working — and excelling — in the sports journalism scene.

Tesfatsion’s upbringing was not ideal. As a first-generation immigrant, Tesfatsion grew up in Section 8 housing in Irving, Texas, an experience he described as “challenging.” Despite the hardships, he refused to give up and credits his circumstances for allowing him to develop a work ethic that he carries with him to this day.

At first, the Texas native wanted to follow in Dave Chapelle’s footsteps and become a comedian or join the military to buy himself some time. All that changed when his senior year teacher at Jack E. Singley Academy informed him about the sports industry.

“Sports have always been something that I’ve always loved,” said Tesfatsion. “Being able to serve in this world the way that I do [has] been an incredible journey.”

Tesfatsion studied broadcast journalism at Arizona State University. It was extremely difficult to convince his parents that he wanted to study journalism, a profession that his parents still don’t fully understand.

During his time at ASU, Tesfatsion had an internship every semester and was eager to learn, going around asking everyone questions from the executives to the information technology department. Most notably, he interned for ESPN Dallas, Rivals, and the Arizona Diamondbacks, and also served as a sports editor for his school newspaper. These experiences were special, as they helped him understand how sports media works.

Now that he’s in the business, it’s safe to say Tesfatsion is a busy man. Asked about his typical day, he said, “It varies, but a typical day consists of waking up before the sun, 15-hour workdays … constantly on the grind, whether it’s creating content for Bleacher Report, or reaching out to others to make something happen. I sometimes need to remind myself to eat, take care of my body, and my mental health.”

Before joining Bleacher Report in 2018, Tesfatsion spent two and a half years covering the Washington Football Team as a beat writer for the Washington Post. Tesfatsion is now well known for his role as the host of “Untold Stories.”

“Untold Stories” put a unique spin on regular sports talk-shows. Tesfatsion casually interviews retired NFL players over a game of pool, and the player conversations are visualized to the viewers through illustrations. The show sticks out from conventional reporting because athletes express themselves, while Tesfatsion brings a level of comfort to the table that pushes media-trained athletes beyond their typical answers. 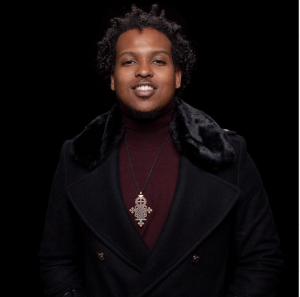 “You’re able to see athletes speak and share stories in a way that you’ve never seen before, and that’s always been the goal,” said Tesfatsion. “That’s something I’ve always displayed in my life, my coverage as a beat writer, as a feature writer, and now… on the screen, anything I work on … my goal is to make sure you see people [from] a very realistic perspective.”

Tesfatsion calls his show the “‘Rap City’” of sports, a reference to the exclusive music show on BET that showcased the talents of Hip-Hop artists through interviews and freestyles.

The pool hall is synonymous with the freestyle booth of “Rap City.” It serves as a safe space for athletes to be themselves.

He mentioned how athletes have really appreciated his show, and think of it as a cool concept.

“They’ve just really embraced it,” he said. “That’s the part [about the show] you need that I’ve loved so much.”

In addition to “Untold Stories,” Tesfatsion also sat down with the NBA’s regular-season MVP Giannis Antetokounmpo this past summer. He described the story in his own words as “a way to humanize the collective journey of Afro-Europeans.”

“In terms of authentic representation, it means a lot,” said Tesfatsion. “There’s a lot of joy from … utiliz[ing] my platform to share those experiences for people who are often underserved and misrepresented. It’s always going to be one of my favorite pieces I’ve ever worked on.”

Tesfatsion’s advice to aspiring journalists is to remember that athletes are humans. “Use your ears just as much as your lips … Make sure you’re listening to the subject because if you do, your follow-up questions will be a lot stronger.”

“It shows how much you’ve been listening, how much you know about the subject, and ultimately allows you to dictate and control where you’re taking the conversation,” he continued.

“I’m excited, I really think there’s a bright future for what we’re trying to do,” said Tesfatsion. “[The next step] is to make it a year-round event where all athletes are incorporated and not just retired NFL players.”

He is appreciative and grateful to be who he is today. “I’ll be able to tell my kids I made it to this position from nothing, so they can understand the importance of hard work and staying dedicated to a dream or a belief,” he said.

Although Tesfatsion took the unorthodox route to fulfill his calling, his experiences allowed him reach new heights, and his story serves as an inspiration for those who believe their passion can be the path to their dreams.