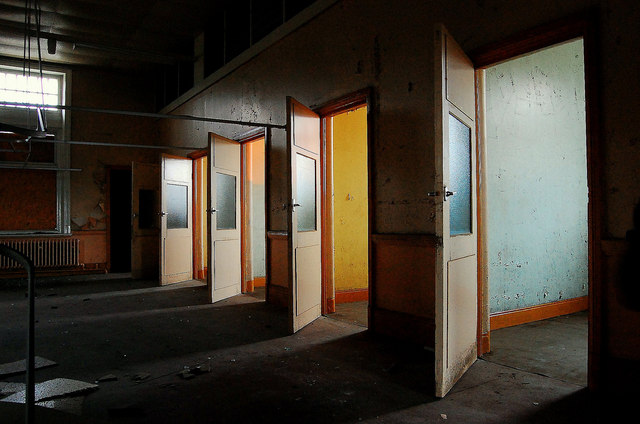 Albert Woodfox spent more than 40 years in solitary confinement in the notorious Louisiana State Penitentiary, nicknamed “Angola.” From 1972 to 2016, Woodfox’s entire world was encapsulated in a six-foot-by-nine-foot cell, trapped by weak evidence, an unfair trial, the color of his skin and his association with the Black Panthers. 43 years and 10 months spent in a cell the size of a king-sized bed. The last of the Angola Three to be released, his time in solitary stands as the longest in United States history.

A 2015 joint report authored by the Association of State Correctional Administrators and the Arthur Liman Program said there were at least 67,442 people held in some kind of restrictive housing. In this case, restrictive housing was defined by a time frame of 22 hours a day for 15 days or more. There are an additional 16,455 people confined for 16 to 21 hours a day for 15 days or more, bringing the total up to 83,897 people in solitary confinement for at least 16 hours a day.

However, Solitary Watch, an organization dedicated solely to solitary confinement, reported that determining the actual number of prisoners in solitary is an almost impossible task thanks to state-by-state variances, shortcomings in data collection and a lack of a clear definition of the word itself. Many studies also do not fully represent all the people held in solitary confinement in U.S. prisons, jails, immigration and military detention, and juvenile facilities.

Solitary confinement is often seen as a place for the “worst of the worst.” The reality is often much different. It is not only violent crimes that can get prisoners sent to complete isolation, but also small infractions like possessing contraband, testing positive for drug use, ignoring orders or using profanity. This is known as disciplinary segregation.

Solitary confinement is also a place for prisons to control minority and vulnerable populations, instead of protecting them as they claim to do. Those with untreated mental illnesses, members of the LGBTQ+ community and pregnant women have ended up in solitary confinement under the guise of protective custody. However, these prisoners are often subject to the same conditions as those in disciplinary segregation and other kinds of restrictive housing.

While COVID-19 is presenting a severe threat to correctional staff and incarcerated people, solitary confinement is not the answer. For many of us not in prison, medical quarantine means sitting at home watching Netflix, but for those behind bars, it can mean 23-hour lockdowns in a small cell with no air conditioning and no access to proper medical care. The threat of being placed in these conditions can also deter inmates from reporting exposure or symptoms of COVID-19.

“Society is in an uproar over having to isolate themselves in their homes for [a few weeks or months],” a Texas inmate who has been held in solitary confinement for 21 years wrote in a letter to Solitary Watch. “I wonder, after this is all over with, will they take into consideration that inmates have been in administrative segregation (isolation) for years, if not decades, in rooms the size of their closets?”

Prisoners sent to solitary confinement typically spend 22 to 24 hours a day locked in a small cell, no matter the reason. They are deprived of human contact, have limited access to rehabilitative or educational programs, receive inadequate medical and mental health treatment, have restricted access to reading material and personal property, experience extreme physical idleness and are subject to emotional and physical torture.

Solitary confinement can last days, months, years, or as in Woodfox’s case, decades. But the impacts last a lifetime.

Numerous studies have shown that solitary confinement causes psychological, neurological and physical damage. According to an article in the Journal of the American Academy of Psychiatry and the Law, isolation can be as distressing as physical torture.

The social isolation and sensory deprivation of solitary can induce paranoia, visual and auditory hallucinations, panic attacks, diminished impulse control and social anxiety. Preexisting psychiatric disorders can also be exacerbated, often leading to extended solitary stays. Rates of suicide and self-harm are also higher among inmates in solitary confinement than other inmates.

Woodfox’s 43 years in solitary made him suffer from claustrophobia, hypertension, heart disease, chronic renal insufficiency, diabetes, anxiety and insomnia. Years after his release, Woodfox, like many inmates who spend time in solitary, still carries several of these issues with him. Solitary confinement leaves a permanent mark on all who pass through it, their communities and the families of those who never make it out.

It’s time to end this torturous practice. Reducing the number of people going into solitary confinement in the first place, and eventually ending it all together, starts with reevaluating the infractions that send people to solitary, investing in quality mental health treatment and providing rehabilitative support. No human being deserves to physically and mentally rot away in a box smaller than a parking spot.

Get in the Bubble