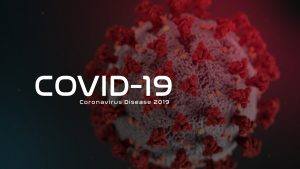 It came and went in just a few short days. It was late August in 2005 when the most destructive storm in modern American history rocked the southern gulf coast of the U.S. Right in the heart of the storm was the city of New Orleans.

Hurricane Katrina made landfall on Aug. 29, 2005, just east of New Orleans. The cost of damages and the loss of human life forever reshaped Louisiana and the lives of those who called it home. The storm eventually weakened into a tropical depression, and slowly faded away into the atmosphere. But what was left behind was a city in ruin, and over a million people left without their homes.

As the south prepared for Hurricane Katrina, one place served as the final means of protection for those who didn’t evacuate and chose to stay behind. That place was the Mercedes-Benz Superdome, the home of the New Orleans Saints.

Thousands of residents packed themselves into the Superdome for shelter dressed in the black and gold of their hometown football team. After all, there wasn’t a storm on earth that could take away the city’s love for their Saints.

On Sept. 25, 2006, the New Orleans Saints returned to their home city for the first time in over a year. After the cleanup efforts had paved the way to a repaired stadium, and the area was finally on the road to recovery, thousands filled the Superdome on a Monday night. This time, it wasn’t about survival. It was about football.

The Saints went on to win against their division rival Atlanta Falcons in primetime, and a few short years later, in 2010, they hoisted the Lombardi Trophy.

Sports have always been an escape. It’s an escape from politics. It’s an escape from the stress of our life and work that cloud our heads every day. It entertains us, it breaks our hearts and it gives us incredible joy. There has never been a period in our lifetime where the sports world just stopped.

The global health crisis of the COVID-19 pandemic has completely put a pause on life as we know it. Going out to restaurants, going out to the movies on a Friday night, visiting the mall with friends, even going to school has all been put on hold. Along with daily self-quarantine, the sports world has been put on hold for the foreseeable future.

The NBA, NHL and MLB all announced the indefinite suspension of their seasons. The Masters, the Olympics and the Kentucky Derby will be or have been rescheduled. The NCAA canceled all spring events, wiping out hundreds of games across the country, including March Madness. Mason’s men’s basketball team made the trip to Brooklyn for the Atlantic 10 tournament, and after defeating St. Joe’s in the first round, the A-10 canceled the tournament.

Thousands of senior athletes left without finishing their scheduled games. From women’s to men’s sports, across the world, the cleats, skates and sneakers of athletes have all been hung up indefinitely.

While some of us telework for our jobs, and some of us video conference ourselves to class, one thing has made itself quite apparent in recent weeks.

The world feels different without sports.

The times we want to kick off our shoes and watch a mid-week hockey or basketball game are now filled with countless hours of the Cooking Channel or PBS. But the love of sports remains even when the sports world itself is on hold, and in times of struggle and pain, we find a way to turn back to sports to bring us together. Just like Hurricane Katrina in the City of New Orleans, the pandemic of 2020 will come and go.

The hard times and struggles will take time to rebuild. But when the storm of coronavirus passes, and the world begins to reopen, the sports we love will take center stage once again.

And this time, it will be bigger and better than ever before.

The Kentucky Derby will race again. The Olympics in Tokyo will eventually go on. The NCAA, NHL, NBA and every other sports league around the country and across the globe will begin again.

While we look to each other for help and guidance in combating the uncertainties that lie ahead, we should take a moment to look at history to help us understand the best path to the future.

Just a few weeks after the Sept. 11 terrorist attacks that shook the world, President George W. Bush took to the mound in Game 3 of the 2001 World Series to throw the opening pitch. “USA! USA! USA!” filled Yankee Stadium, etching a moment that will forever be remembered in sports and cultural history.

The 1980 Olympics in Lake Placid, N.Y. saw the United States Hockey team defy the odds by upsetting the Soviet Union, which became known as the “Miracle on Ice.” Hockey in the U.S. took flight from that moment on.

Sports have historically lifted people from moments of pain and hardship, and if history is destined to repeat itself, be ready for when the pandemic of today comes and goes and life is restored to normal.

Sports are bound to come to the rescue, just as they have so many times before.

View all posts by Conor Forrest →