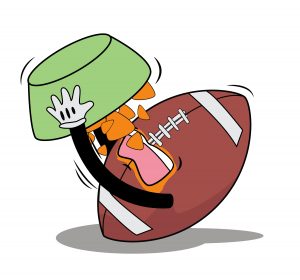 In the 21st century, materialism and television addiction have given rise to a massive, multi-billion dollar holiday: Super Bowl Sunday.

Now, football itself is as American as it gets, but that’s really only half of this event. See, the game isn’t what draws in corporations which provide the million-dollar ads that make the event what it is, rather, it’s the spectacular ratings. How many times have you heard someone say they only watch the Super Bowl for the ads? That’s right, the TV event that draws a third the American population to its screens is more about advertisements than it is football.

Oh, America, I love you.

To give some context to the money-making phenomenon of the Super Bowl, let me share some numbers. This year, 102 million Americans tuned in to watch the game. The American population is 327 million. To run a 30-second ad during the Super Bowl this year cost $5.6 million dollars.

So what do these numbers mean? That a game is used as a tasteless, gaudy parade for corporations to flaunt their wealth, while fishing for even more. Grubby billionaires sweat and salivate as nearly a third of the population is stuck to their screens, watching for the best, funniest ad, looking for the next boy dressed as Darth Vader to instruct them to buy their next $50,000 car. And this is treated like a holiday, celebrated in most homes.

A holiday about TV ads.

Is this our new pride as Americans? We invite our neighbors over, spend our paychecks on food and beer, for a “holiday” that is targeted at stuffing as many pretty items in our faces as possible?

If you’re not convinced, look at Christmas — a day intended as a religious celebration has become every company’s wet dream, where consumers are invited (and grossly pressured) to show their appreciation for loved ones through the buying of gifts.

What’s next? Will corporations continue to pervert holidays and other celebrations to make a buck? When will we reach the point where corporations just begin making their own holidays? Moneysgiving? Moneytines Day? How long will we, the consumers, continue to perpetuate this?

I think it’s already too late. Prove me wrong.

Why I March For Life