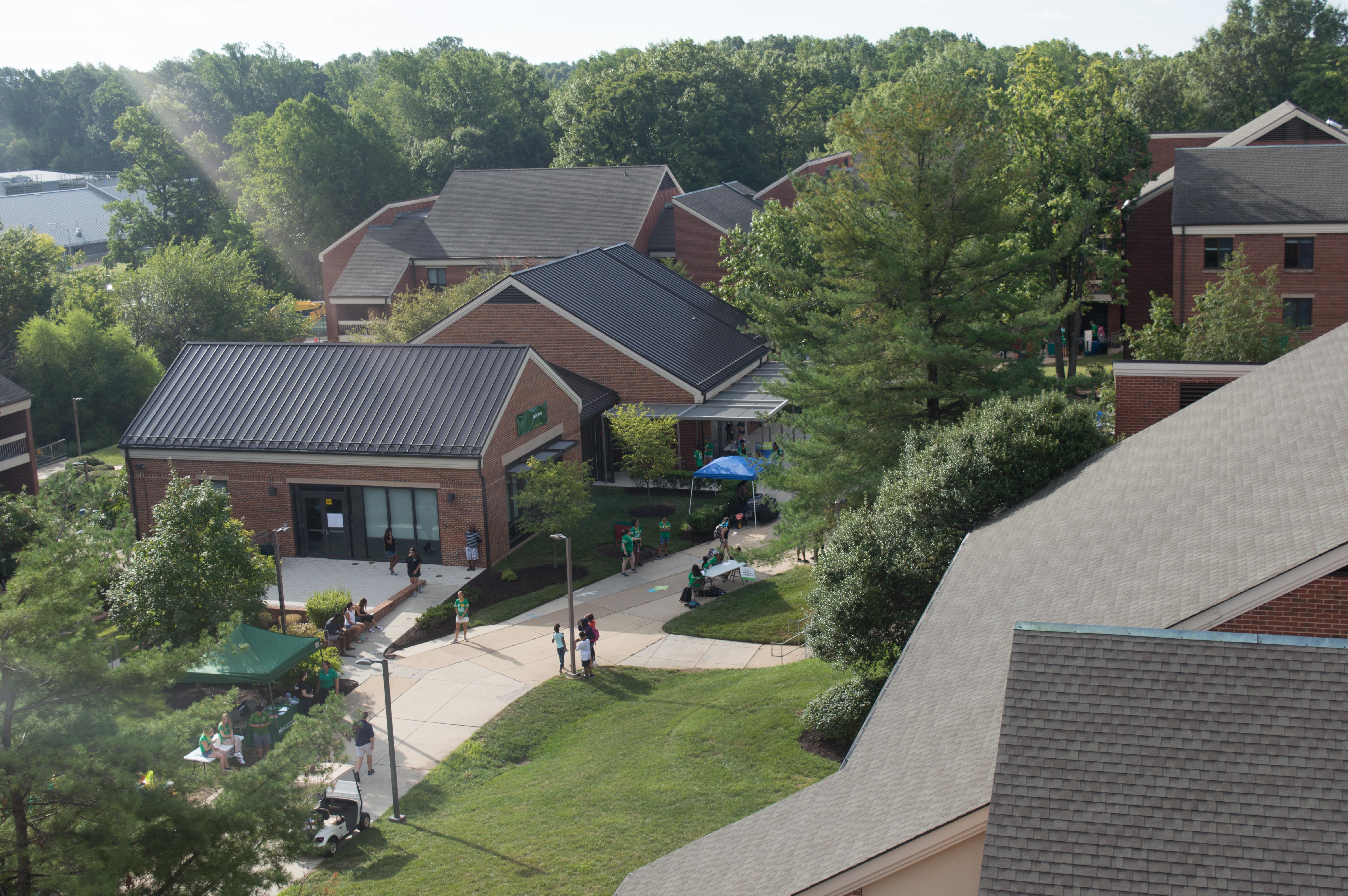 On-campus students and staff react to the new structure

One of the biggest changes was to positions held by student members of Housing and Residence Life. According to Associate Director of Residential Communities Christian Barber, in the previous RA role students would do everything from responding to emergencies to decorating doors and bulletin boards. Students can now apply to be a Resident Assistant (RA) or Community Assistant (CA). With the new, more-defined RA and CA positions, responsibilities are split up, allowing students to apply for the job that is a better fit for them.

“The work always happened,” Barber said. “We kind of changed and merged position titles to be more efficient in how we provide those services for students.”

According to the position description, an RA works with students on problems they may have with roommates, provides aid for student concerns or issues — contacting the proper HRL staff or other campus resources if necessary — and creates flyers and bulletin boards for assigned areas.

In contrast, a CA works to assist students, staff and guests at the housing desks, performs health and safety inspections and completes walkthroughs during the evenings in assigned buildings.

This year, in order to better comply with the hours that CAs typically work — nights and weekends — housing inspections are done on Saturday afternoons.

“Those are times when it shouldn’t conflict from students coming and going from class,” Barber said. “We continue to post notices at least 48 hours in advance … because we do want to provide notice so no one’s surprised by it. But doing it over the weekend, again, gives students more flexibility in terms of academic conflicts — they can choose if they want to be there, or if they’d rather not be there because they don’t have to be present.”

Senior Taylor Moore, a former CA, reiterated the significant differences between this year and the ones previous.

“HRL is big on pushing resources available on campus for both students and staff,” Moore said. “There [were] a lot of policy changes this year that have [been] difficult for residents, but change is hard.”

Moore had to quit her position as a CA as she is an accelerated master’s student who is active on campus. According to Moore, something had to go — and it ended up being her role on the housing staff.

Per the position requirements, both RAs and CAs must maintain a 2.5 GPA while enrolled full-time and attend weekly meetings.

Changes in staff structure have been noticed by Mason residents.

“I’m a sophomore and it’s my second year in the Honors College LLC,” Anna Bertino said. “I’ve noticed that there hasn’t been as much floor programming as last year, which might be because I was in freshman housing last year and they did more for us or because there’s just less now. Either way, I miss getting to know people on my floor.”

Aside from staff structure, changes were made to housing desks and certain resources available to students.

One example of such changes that have been hard for students is the removal of the ability to check out vacuums from housing desks. One student explained the inconvenience which the change caused her.

“Housing stopped checking out vacuums this year (at least [at the] Piedmont desk) without a heads up and now I’m vacuumless, and I had glass smash on my floor the first week of school and had to phone a friend,” sophomore Sophie Chapin said.

There was intent behind the decision, explained Barber. “Any decisions we make, we try to look at data. What’s used by students, what’s not used, what’s being requested,” he said. “So the desks still do have a fair amount of sporting equipment, games, things like HDMI cords — things that we know students were using.

Barber continued, “When we would rent out equipment in the past, we could actually track what was used and how often to see what’s being used and what’s not. Those things that were used and were requested by students in terms of games and entertainment equipment we definitely kept.”

Items like games and entertainment remain available for student use throughout the semester. The vacuums will be available prior to breaks and move out, as the data showed that that was when they were being utilized, according to Barber.

In previous years there was also a housing desk at Whitetop, where students from the Aquia neighborhood could go if they had issues with their dorms. Now, students in Whitetop and Rogers have to travel to the housing desk in Piedmont, which also covers the entirety of the Rappahannock neighborhood.

“I think it’s just that students have to adjust to the new changes,” Moore said of this move.

According to Barber, this change occurred because of the tearing down of student apartments that used to be across from SUB 1.

“That dramatically cut the population of what most folks know as the Aquia area to between 600-700,” Barber said. “In comparison to over here [Rappahannock], you have almost 3,000 students; in the Shenandoah area you have between 2,400-2,500 students. So just based on those numbers right there, we knew — and the data supported it — the Whitetop desk would have a lot less activity.”

Barber added that, while HRL does encourage residents to visit the desk, students are always able to call the housing desk for help in case of safety concerns.

Without as much traffic, the 24-hour desk at Whitetop was removed.