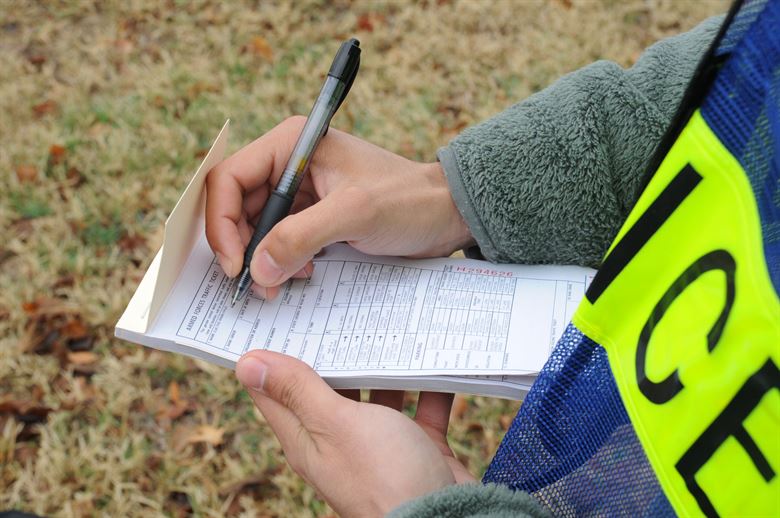 Imagine you’re driving to school, running late for your 8 a.m. You notice that you’re going 65 mph in a 50 mph zone, and soon after you notice police lights behind you. The officer cites you for speeding, and you receive a $290 ticket. With your $10 an hour, 10 hours-a-week job at Blaze Pizza, three weeks of work — a quarter of a semester — are gone. Thankfully you weren’t on a highway, or it would’ve been upwards of $500.

Mere hours later, a millionaire is pulled over and ticketed for the same offense. They pull a few hundred dollar bills out of their pocket – maybe a few hours work for them, and are able to pay the fine without worrying about how they are going to pay for their rent.

The U.S. was founded on the fundamental belief that all its citizens are equal. In fact, if I’m not mistaken, it was Thomas Jefferson who claimed it self-evident that “all men are created equal.” Why then do traffic fines, which are intended to enforce the basics of civil law, carry such heavy implications of inequality? Fines are meant to offer a punishment and a message to offenders, but the message a speeding fine sends to someone well-off is nothing compared to someone working a minimum wage, 9 to 5 job. So why are fines not proportional to income? Is it not obvious that the same amount of money is not equally impactful to individuals of different economic standing?

The answer is actually quite obvious. It is in the interest of American lawmakers to protect the wealthy and drag down the poor. Wealthy individuals are likely to not be as deterred from committing simple public order crimes, due to the fact that they are only minorly affected by the deterrents that exist. This only leads to the corruption that the American elite are known best for.

You may wonder why speeding tickets would even be considered objects of such concern. They are, after all, some of the smallest fines you can get in the grand scheme of things. But that mindset is exactly what allows traffic fines to be an issue. Unpaid fines (maybe unpaid because the offender has to feed their three children) can increase time without a license or even lead to jail time. And the more time that passes, the harder it becomes to pay that fine. Even outside of the disproportionate effects that traffic fines have on the poor, there are factors such as the increasing entitlement of the rich to consider.

So, what then is the solution? The simple answer — or so you’d think — is income-based fines, dollar amounts decided as a percentage of annual income. Under this system, fines would be equally impactful to everyone, not just another burden placed by the wealthy on those who can hardly manage.