Harris Theater was filled with film majors, movie lovers and student directors on Friday, Sept. 6. Held by Film at Mason, Best of Film displayed the hard work of Mason creatives.

Events like Best of Film help showcase student screenwriters, directors, producers and other creatives. Nine films in all — ranging from 5 to 18 minutes — covered topics from police brutality and refugees to a competition between Maury the Muffin Salesman and a cupcake-selling church lady. 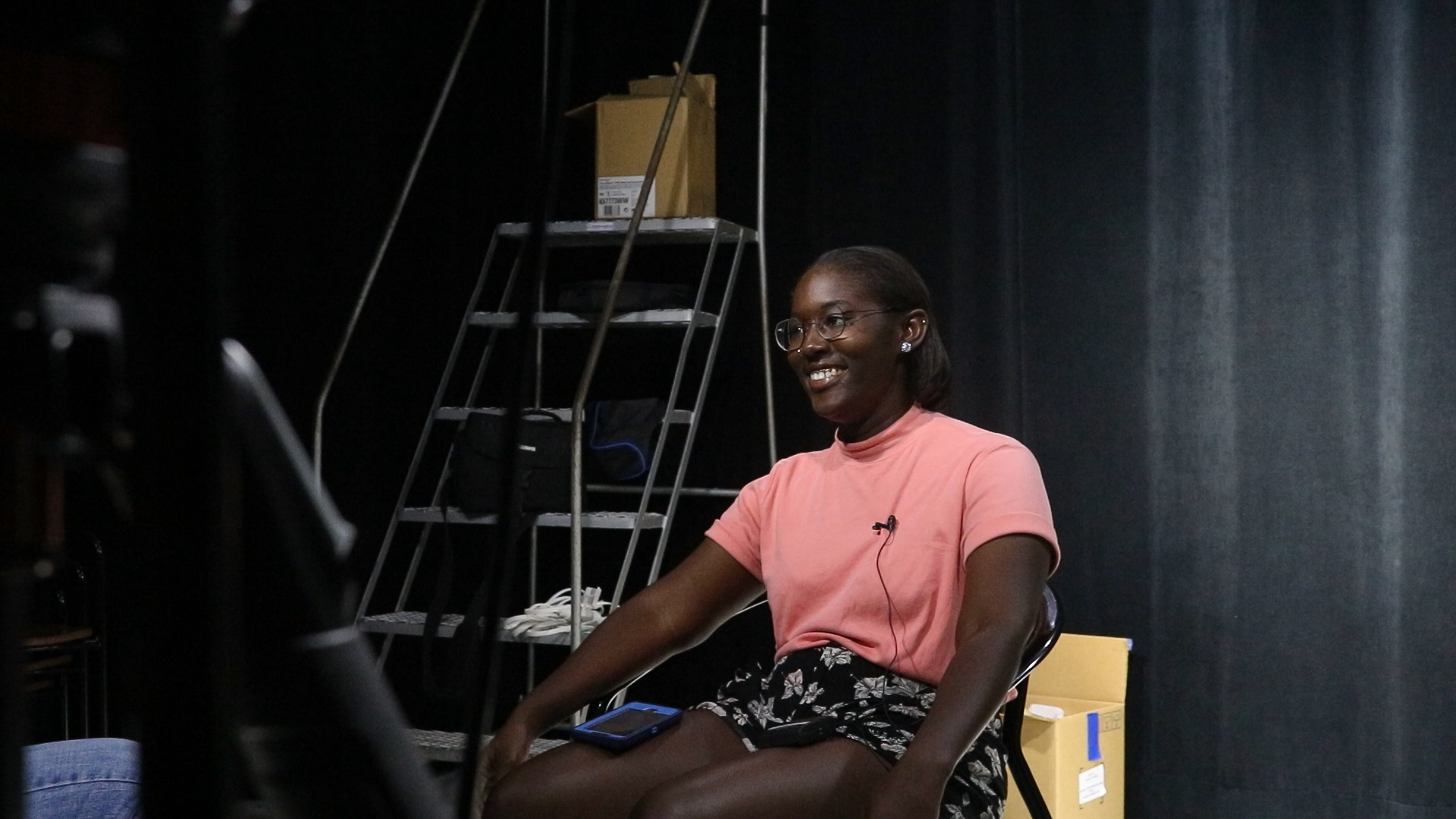 The first film showed, “Always Carry a Bible,” directed by Rhyan Elliott, was an experimental 5.5 minute short about the portrayal of police brutality from the perspective of the bystander. The camera is always in motion around the never-named man, following him as he walks around his apartment. In the background, you hear two policemen  screaming at people in the apartment next door.

“I wanted the audience to feel mesmerized by what is happening physically in the space of the man,” Elliott said. “I wanted it to be obvious that he was sort of distracting himself from what’s happening in the world around him.”

In the film, the color red drenches everything in the room, and is only lessened when you hear a gunshot. In silence, the two officers officers walk into the room from a blue light in the doorway only to stand at attention and be found not guilty in the afternoon. The film ends there.

“Sir,” written and directed by Kaidan Blackmer, follows Ty, a transgender man, and his “average” day. At 9.5 minutes, it shows his struggle with his body in numerous situations. These include times of intimacy with his loving girlfriend, simply trying to use the men’s restroom at the gym or being questioned about his sexual orientation.

After being bullied in the men’s locker room and told to leave because he wasn’t born in the right body — and then being called a pervert and kicked out when trying to use the women’s locker room — Ty has had enough. He drops his pants in front of the gym’s sign and relieves himself on it. He’s then yelled at by a police officer and called “sir.” The film ends on his smiling face.

During the Q&A portion of the event, Blackmer took the mic and spoke to the transgender people in the audience. In reference to the current political climate, the director said, “We are still here, and we will continue to be here … We will continue to thrive and shine.”

The showstopper of the event was the 18-minute-long film “Bini,” directed by Erblin Nushi. The story follows the protagonist and the piece of candy he desperately wants during a time where Serbian soldiers are forcing people from their homes.

Are You a Robot?