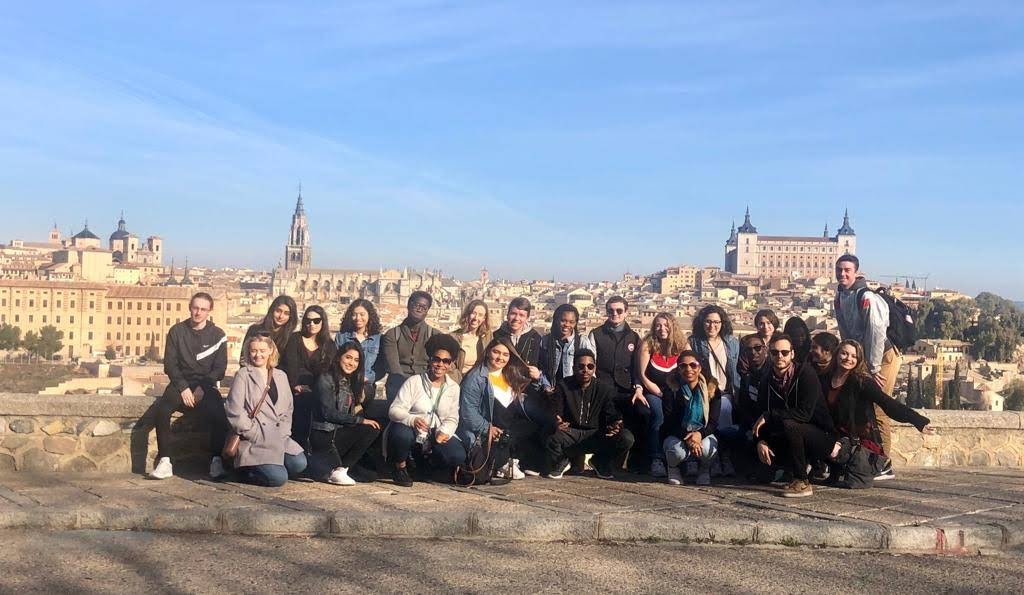 On my first day in Madrid, Spain, I got off the plane and got into a taxi to go to my host family’s house. I had no idea where I was going and had been awake for over 24 hours. The address did not look anything like an address would in the United States, and the taxi driver did not speak any English. Then the taxi driver got lost. I could not figure out where I was going and neither could my driver. We drove around for nearly an hour all while I was calling my host mom, in Spanish, trying to figure out where to go.

This was only the first day, and I was only 18. Moreover, this was my first study-abroad experience with the first year of Mason’s Global Education Office’s (GEO) Global Gateway program.

The feeling of being lost and alone, unfortunately, carried on throughout the rest of the semester. This is especially true after the GEO advisor left. Her role was to assist the members of the program with adjusting to our new environment. This included things such as assisting us in getting to the school as well as class registration. She was only in Spain for less than two weeks and it seemed as if I had to figure out how to do everything by myself. The advisor left even before class registration was finished.

I was constantly emailing Mason to see if the classes I wanted to take were approved. There was no online database and it was difficult to understand which classes were okay to take, especially since we had no in-person help from Mason. The lack of support was certainly the most overwhelming part.

There was only one person at the University of Carlos III that could help us. One person for over twenty freshmen, all of them novice travellers. It seemed as if it was me and the other students dealing with the lack of support more so than the program directors. This was just one of many issues.

I had a nearly 40 minute train commute to school with multiple transfers in a major city, all of which I had to figure out by myself. While I did request to live downtown, I was not aware of how long it would take me to get to the campus nor was I taught how to use the bus or train system. But that was not the worst of it!

On top of it all, nearly all basic activities had to be done in Spanish. There was no language requirement for the program, and all students were under the impression that most people in Madrid would speak English. This was not the case. The combination of the language barrier and lack of  a Mason advisor led to feeling alone.

I was not the only person who felt this way. When reflecting on the experience with my peers, it was clear we felt similarly throughout the program.

Nearly every morning I took the train with my friend to school. We got lost regularly, but we figured it out together. We figured everything out together. It was the students figuring out how to get across the city by train to get to each other.

This did not just occur in the Spain Global Gateway. Grace Karol, a student in Australia’s Global Gateway, shared the feeling of being lost as well. She felt that “there wasn’t a lot of guidance.”

The two women in charge of the cohort that were “supposed to be visiting for weeks at a time” turned into only one of the original program leaders and a replacement that did not actually know anyone in the program. For Karol it felt “awkward” since no one actually knew the replacement and did not feel as if they could talk to her about their problems.

The lack of guidance seemed to be the most overwhelming part of the experience across the board.

My parents were also frustrated with the program. My father had been in the military for his entire career, and my mother works at a college. My father was mainly concerned about the safety aspects of the program or lack thereof. The program advisor never discussed the location of the United States Embassy with us. This should have been stressed to a group of United States citizens living abroad. Instead, it was something my family talked about with me and information that I was proactive about sharing with my peers.

My mother used the information she received from her college’s study abroad program to assist me in fixing the credit issues at my college. Instead of Mason fixing the issue, I had to go to another institution to find the answers. My parents had all the reason to be concerned too.

After returning from Spain I realized how frustrating the program had actually been. What is worse is that the issues did not end after returning to the United States. My freshman cohort and I had issues with transferring credits back from Spain.

This led to me, along with others, taking credits that were not necessary towards our degrees. Due to not having many courses offered at Carlos III, many students opted to pay the extra money to take courses online back at Mason or settle for a course that counted as only an elective credit. This was frustrating for many since students were initially told that many core classes were offered. Being freshmen, many of us needed those core classes.

It was clear that the problems from being abroad were following us back to the US. Some students had issues rising to sophomore year after returning even though they had passed all of their classes. Their credits had simply not been transferred. These issues needed to be addressed.

After not receiving a response from my program leader regarding the credit issues, I decided to contact the GEO office again. This was when I finally found out that my program leader did not work in the office anymore. Eventually I got some answers.

I was able to speak with the new program leader for Madrid Global Gateway as well as the manager of freshman programs at the GEO office. We were able to have an open dialogue about what went wrong in Spain and what should be changed in the following years.

After the conversation it was clear that the GEO office is committed to fixing their past mistakes, which was refreshing to hear. At the Global Gateway Gala a few nights ago, they allowed students from the program to discuss the issues they experienced as well.

While talking about the problems is a great start, actual change is required to fix the issues that I and other Global Gateway students experienced while studying abroad. If the Global Gateway program follows through on things such as better preparing students before they leave and providing better guidance while abroad, I am sure the program will be as amazing as I had hoped it would be.