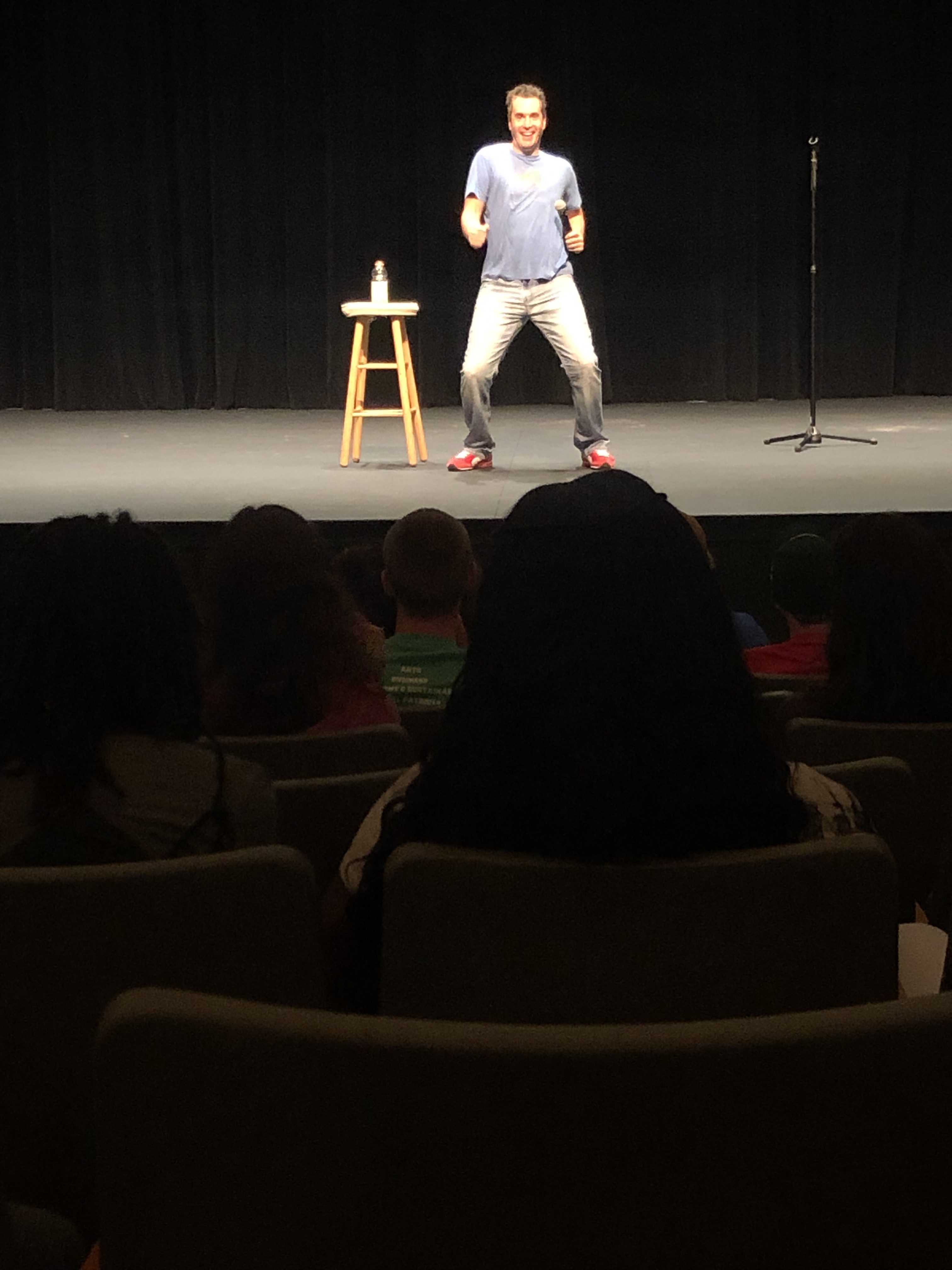 As one of the highlights of the 2019 Welcome2Mason programming, Eric O’Shea, a professional campus comedian, welcomed the newest batch of freshmen to Mason with an entertaining one-man comedy act.

O’Shea is a comedian born in New Haven, Connecticut, who has spent a significant amount of time touring across the country, performing at a variety of venues across the United States, including numerous campuses just like Mason.

The comedian is currently on a tour that includes the Culinary Institute of America, University of Pittsburgh Johnstown, St Joseph’s College of Maine and, of course, Mason.

He is also a six-time National Comedy Performer of the Year nominee by Campus Activity Magazine, has appeared on NBC’s “America’s Got Talent” and, according to his website, has hugged both Carol Burnett and Betty White. O’Shea has additionally banked over four million hits on YouTube.

During his performance, O’Shea touched on just about every major college issue that plagues most campus communities in the United States. “You guys wealthy?” he asked the crowd at one point.

He also made sure to note the difficult parking situation on campus, and took a few shots, in good fun, at Mason’s sports teams.

While clearly a campus comedian, O’Shea also concentrated a big portion of his routine on crazy moms, being a kid and getting old. His act was intentionally relatable. Many students in the audience let out resounding laughter as O’Shea pointed out his underarm flab, the faces you make when overtaking a bad driver in the left lane and his cheery description of his mom as “half-Italian and half-antichrist.”

In addition to his content, he interspersed voices, faces and audience interaction throughout the set. O’Shea impersonated one of his nieces, Elmo and just about every person with an abnormal laugh in the theater.

As his performance wrapped up, the entire paradigm shifted. The comedian briefly laid out some keys to success in the university environment, jokes aside. He laid out his moral message for students that included typical advice like trusting yourself and following your heart.

After the wisdom chat, O’Shea launched into his signature “Songs for Commercials” bit — his ideas for music updates for popular product commercials — gave away a Nintendo Switch and headed off the stage to take pictures with some of his new fans.

According to campus newcomer freshman Isabella Deen, these kind of activities and O’Shea specifically are helping to welcome students to campus in a different and positive way.

“I thought it was hilarious,” Deen said. “All the events going on, it’s not what people would expect for a college welcome.”

O’Shea was definitely not what you would expect from your first week of college.