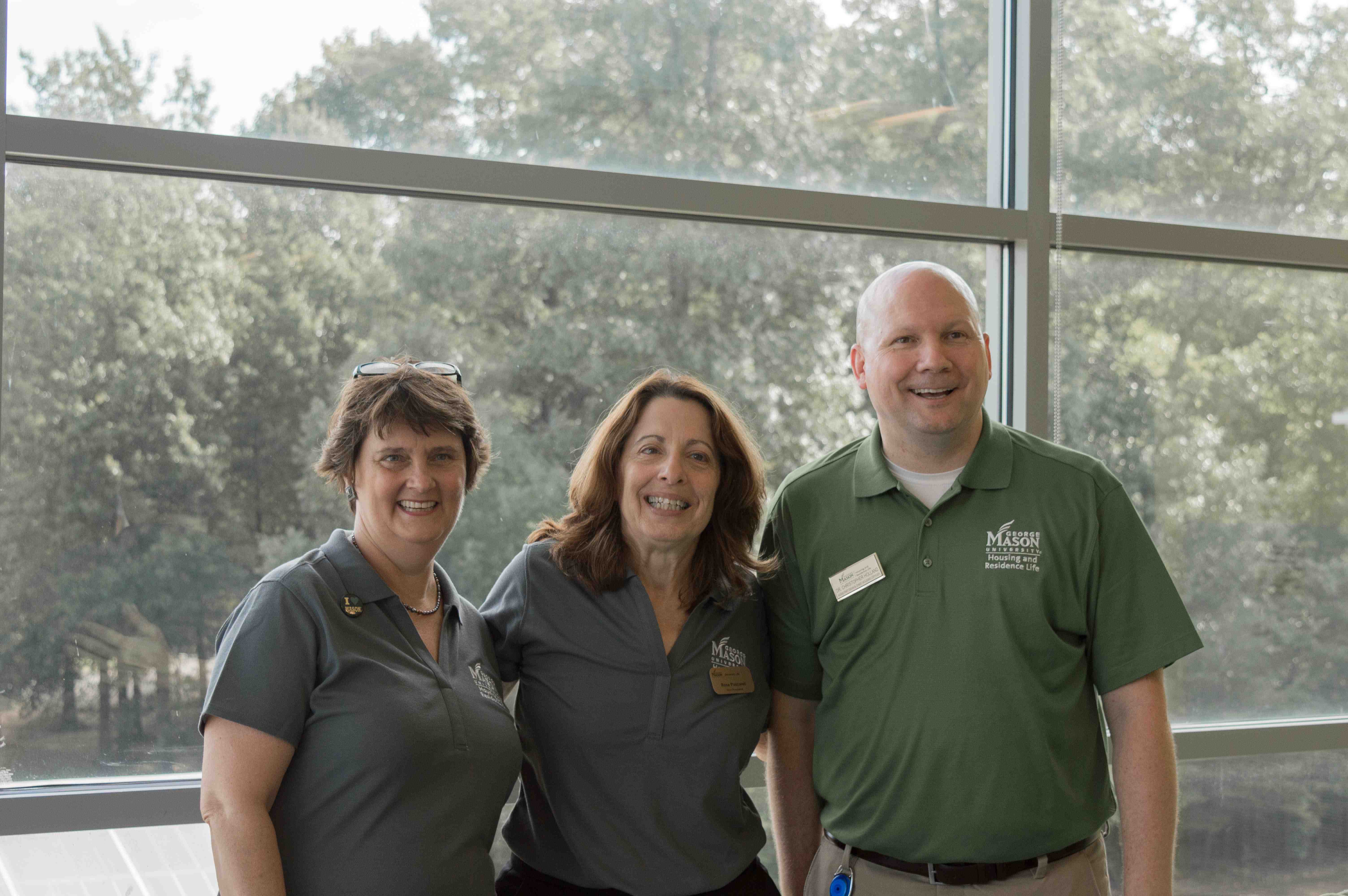 On Wednesday Aug. 21, over 3,800 freshmen, “the largest and most diverse class,” and approx. 3,000 transfer students moved into their new homes at Mason. Members of the MoveCrew played their part by volunteering to move in freshman belongings in exchange for free early arrival.

“It was good; it was a lot of fun helping people move in,” said Abby Clark, who was a member of the MoveCrew. “It was definitely hectic and tiring but I enjoyed helping people get into their dorm and settled.”

“Some of them were excited, some kind of seemed like they just didn’t want to be there.”

One freshman explained some of the emotions running through her head on move-in day.

“In general [I was] excited but a little nervous,” said Carlisle Hickey. “I was really impressed by the move-in itself though, everything was super efficient.”

She also complimented the welcome events tailored to freshmen, two of her favorites being Mason Mayhem, where people had the opportunity to do karaoke, and listening to Green Machine play at convocation.

Anne Holton, Mason’s interim president, was also seen in President’s Park greeting families. At convocation on Aug. 23, Holton spoke to freshmen and transfers, stating, “One of the most exciting parts of the academic work we do here is the diversity of opinion that we hear in our classroom and that we value from each other.”

On June 20, Anne Holton was unanimously voted by the Board of Visitors (BOV) to be the acting president after Ángel Cabrera announced he was leaving Mason to accept a position at Georgia Tech, his alma mater.

Holton will be the first female president to lead George Mason. She previously served as the Virginia education secretary from 2014-2016 and is currently on the state Board of Education. Since May 2017, Holton has been a visiting professor for the Schar School and College of Education and Human Development.

Holton has indicated to the BOV that she would not like to be in the running for the full-time replacement, so the search for a replacement is ongoing.