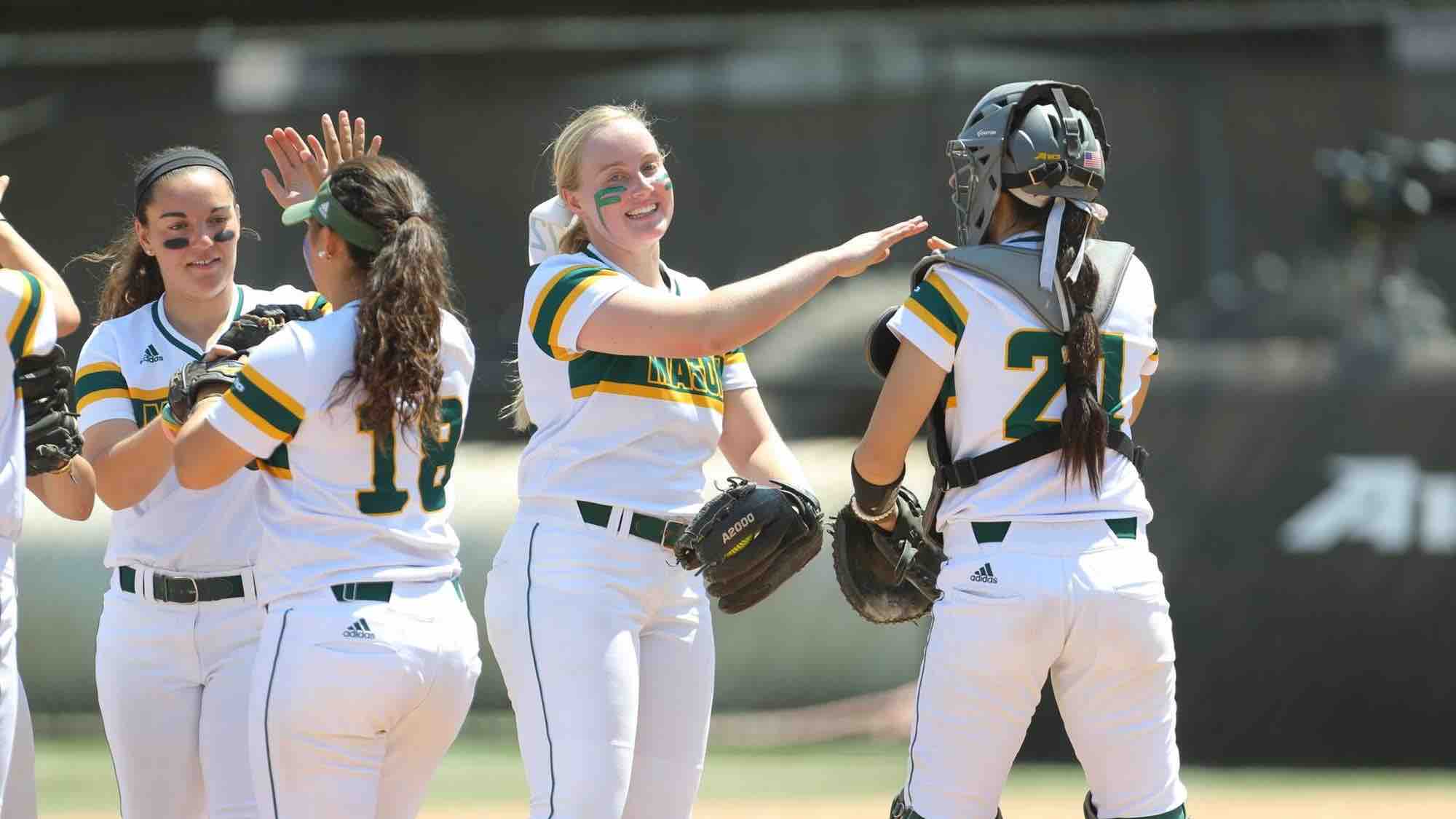 Bekah Ansbro, a junior on Mason’s softball team, chose her number for a very specific reason. “In high school, I wore 17, because our jerseys only went up to 22, and that’s just what I had,” Ansbro said. “But in travel ball, I picked 72, because Title IX was enacted in 1972, and without that, women wouldn’t be afforded the opportunities we have today. And there’s still a lot of progress to go, but we’re in a better spot now than we were before 1972 in terms of athletics.”

Ansbro started playing Little League Softball in fourth grade after participating in a variety of sports before that. She tried ballet, horseback riding, soccer and swimming, but one thing was missing: the feeling of being on a team.

“I was the kid that was the worst on the team, so I just got stuck in right field, because I had to play at some point,” Ansbro said with a laugh.

“I just really liked the team aspect of it. … I liked being outside, being with the team, being loud and cheering, so [softball] just kind of stuck.”

She added, “My parents were really surprised that’s what I wanted, because I was not good.”

However, over time, Ansbro did begin to improve. “Eventually I got bumped up from right field to left field,” she said with a smile. 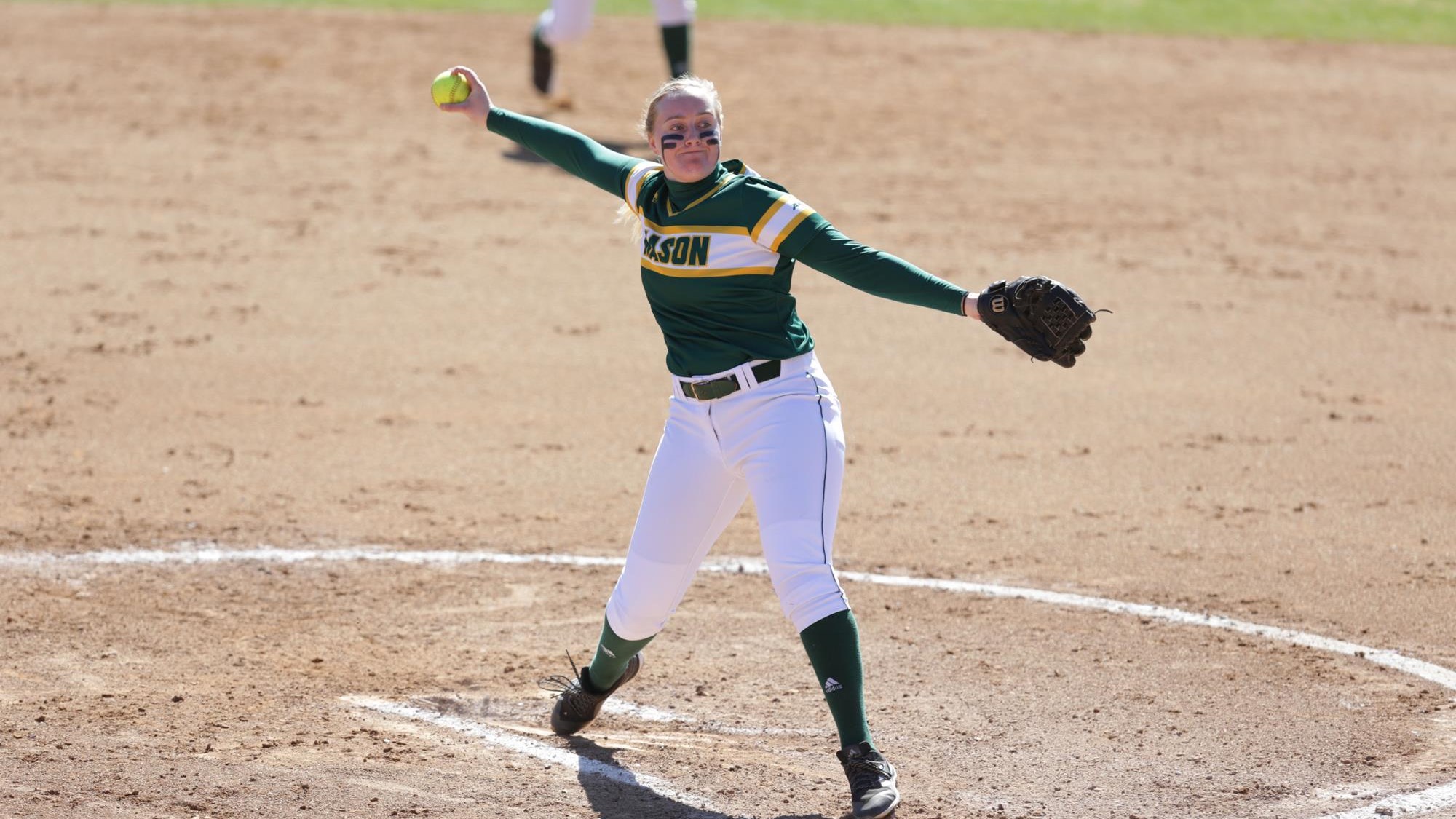 “But when you’re in Little League, no one really hits the ball to the outfield, so it was always really boring. So I decided that I wanted to play; I wanted to touch the ball. ‘[Should] I be a pitcher or a catcher?’ And I remember the thought process being, ‘That catching gear looks like it really sucks on a hot day, so let’s try pitching.’”

After telling her parents she wanted to try pitching, she and her dad started watching college softball to try to figure it out themselves. Her father worked at James Madison University and, over time, came to know Kama Tucker and other members of the softball and baseball coaching staffs. Tucker later became Ansbro’s first pitching coach.

“That’s when I think I started getting a little bit better than the worst one on the team,” Ansbro said with another laugh.

Though she grew up attending JMU softball games because the campus was just half an hour from where she grew up, she looked up to Olivia Galati of Hofstra University.

“I was never a pitcher who threw the ball very hard, but I always put really good spins on the balls and hit my spots,” Ansbro said “She was kind of the same. She wasn’t throwing gas past anyone, but she spun the ball really well, and she was able to be effective against hitters that way.”

Ansbro, a native of Woodstock, Virginia, succeeded both academically and athletically during her four years at Central High School.

The team enjoyed sustained success during those years, including going to the state tournament her senior year.

She also reached a high level of individual success and was named to the All-Area, All-District, All-Conference and All-Region teams her last three seasons. She was named the Bull Run District Player of the Year and named to the All-State team in both her junior and senior seasons.

At the end of Ansbro’s senior season, her jersey was retired. “It was a big honor and not something a lot of people can say happened to them.”

She continued, “Everyone told me they saw it coming and of course I wanted to see it coming too but I didn’t want to expect it and then it not happen.”

Ansbro later added, “I remember standing up on the stage and just seeing all of my friends at our athletic banquet and all of the coaches there, and they looked so genuinely happy. It felt good. There were a lot of people rooting against me, so to see all of the support that I had at the end of my career was really nice.”

When it came time for Ansbro to make the decision of where she wanted to attend college, it came down to the campus, Mason’s Sport Management program and the fact that her parents would still be able to drive up to see her play.

“It didn’t really hit me that [Mason] was the right choice for me until my first college softball game when I looked into the stands, and my parents were there,” she said. 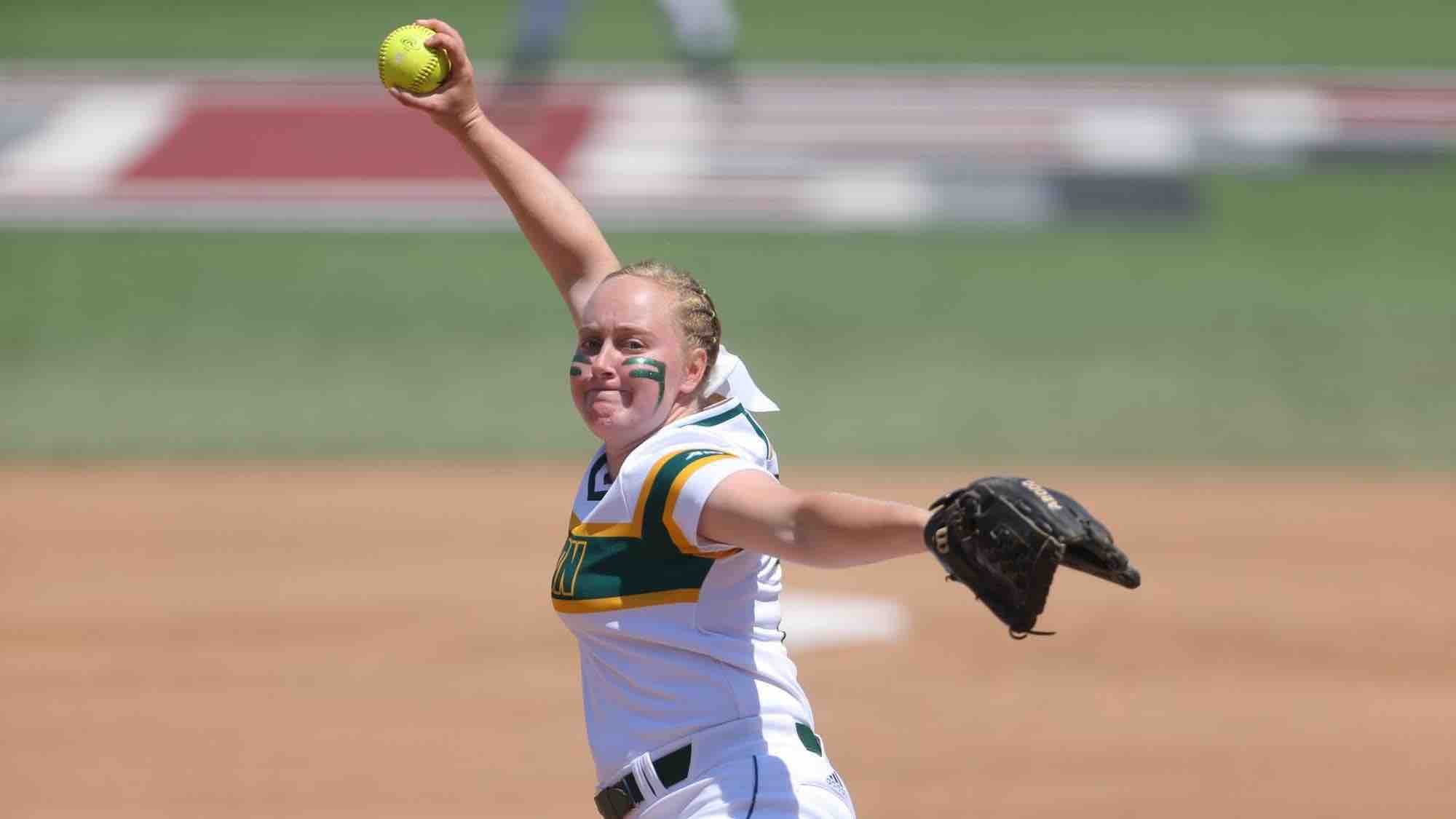 As a sophomore, she finished the season with 127 strikeouts and was named to the Atlantic 10 All-Academic team.

This season, Ansbro leads the team and is second in the conference with an ERA of 2.33.

However, it’s not the on-the-field moments that have stuck with her the most; it’s the team moments off the field.

“As much as the on-the-field stuff is nice, and it’s fun, some of the off-field memories we have together are sitting in the back of the bus singing ‘99 Bottles of Soda on the Wall.’ Giggling in the dugout … Last year we did this Navy Seal training, and it helped with our team-building, but being up at 4 a.m. and going to the field was not too fun, especially because it was that point in the year when everyone’s getting a cold,” Ansbro said It was wet and raining and freezing, but we laugh about it now and bond over it, like, ‘Ugh, that sucked. That was the worst,’ but it’s fun to look back on now.”

Ansbro believed that, while the Navy Seal training was difficult in the moment present, it helped the team improve during the season.

“It definitely challenged us mentally. It helped us on the field, eventually, to think back to―if I can do that, that was probably one of the harder things you’ve had to do; you can go up to an at-bat and feel confident in yourself. You can field the routine, the ground balls you’ve always fielded.”

Though Ansbro is a junior, she is graduating in May with a degree in sport management and will spend her fourth year of eligibility finishing up her accelerated master’s. After she graduates, she hopes to work in college athletics―more specifically, in internal operations.

Ansbro will spend this summer and fall interning with American University in their compliance department.

Ansbro’s Twitter bio begins with the phrase, “Just trying to keep my GPA above my ERA.”

Ansbro said, “I made the joke to our coaches once, and they were like, ‘Yeah, I guess that’s a pretty good goal.’

“I would say there’s a little more space between them now that I’ve gotten a little bit better at softball.”