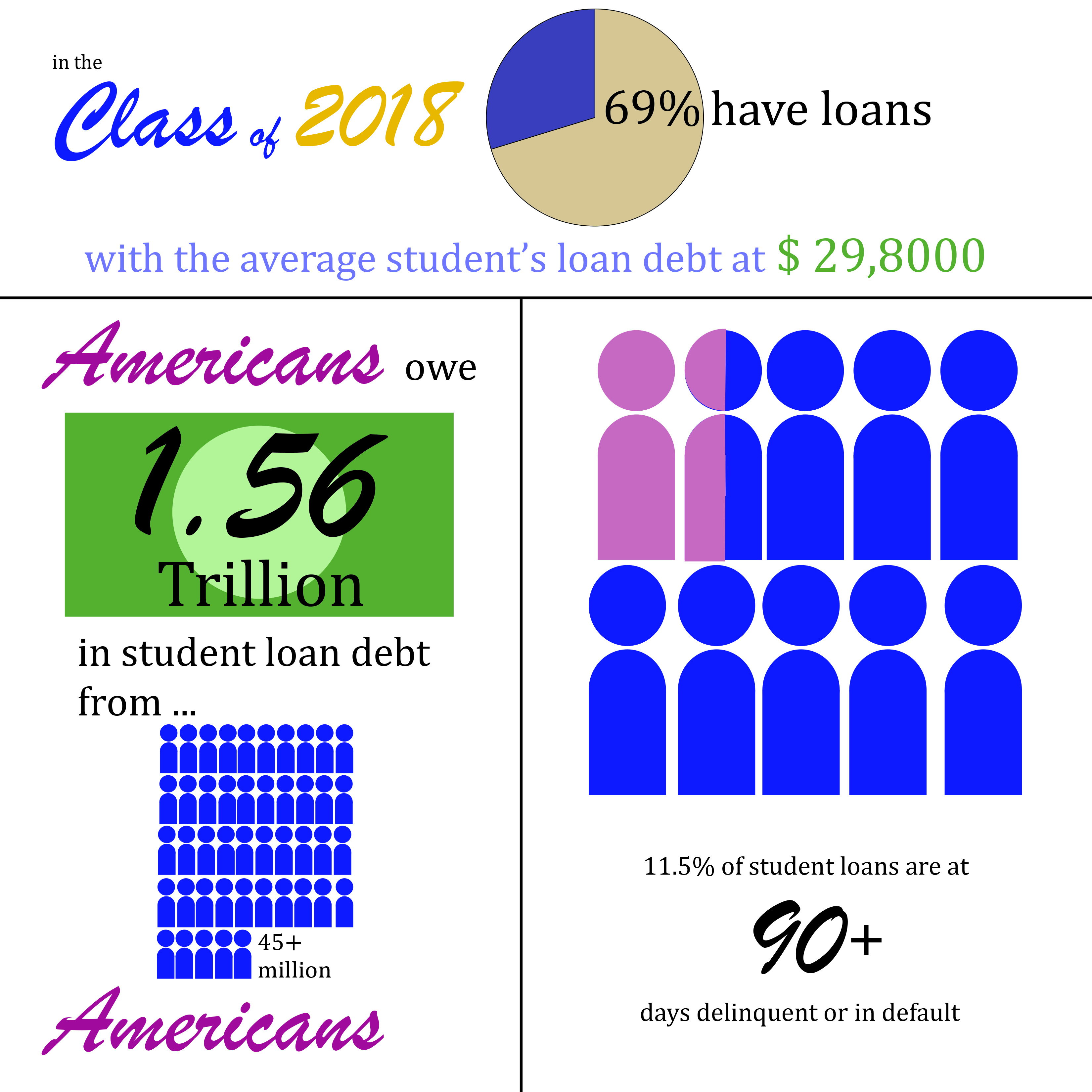 All of the 2020 democratic candidates want big change

Since 2006, we’ve seen college debt triple across the nation. With the total U.S. college debt now at upwards of 1.5 trillion dollars, it’s obvious that the system needs to change. For years now, the Democratic party has been focusing on making higher education available to more people. Now, with the slew of Democrats running in the 2020 election, coupled with rising liberal mindsets and voting patterns in congressional elections, reform is possible.

It is obvious that the popular opinion in the U.S. is that college has become too expensive, and that the debt students incur is a real problem. In a study done by Harvard’s Kennedy School Institute of Politics, it is shown that the issue of college debt is an important one on both sides, with 62 percent of Democrats and 57 percent of Republicans claiming that it is a major problem. Even with overwhelming public support for college cost reform, the big question still remains: when will we actually see change?

The good news is that it could be coming soon. Almost all of the major Democratic candidates running for president support either free college tuition or big changes in controlling costs. Sens. Elizabeth Warren, Cory Booker, Kamala Harris, Kirsten Gillibrand and Rep. Tulsi Gabbard all support Sen. Bernie Sander’s bill that would eliminate undergraduate tuition and fees at public colleges and universities, as well as lower interest rates on student loans. This major stance is one that is deemed necessary by candidates and voters alike. Along with support of already existing legislation, the major candidates have some ideas of their own.

To start, Sen. Kamala Harris strongly supports making college more accessible, as she is co-sponsoring Sen. Bill Schatz’s bill that calls for more federal aid to students at public state universities, makes federal aid available for DREAMers and provides help to students that are convicted of possession of illegal drugs.

Sen. Harris also supports Sen. Bernie Sanders’ College For All Act, which eliminates tuition costs at public colleges and universities. The former prosecutor also states that she will take an aggressive approach to private for-profit colleges and universities, which she has been successful with in the past. For example, when Harris was California’s attorney general, her office won a $1 billion judgement against the fraudulent Corinthian Colleges Inc., which was a private for-profit postsecondary education system.

Another front runner, Beto O’Rourke, hasn’t gone into great detail on what he would do if elected to office. In the past, he has supported legislation that would make two years of community college free for students. In a 2017 interview with University of Houston’s student run newspaper, The Cougar, O’Rourke said he’d love to continue the proposal President Obama made regarding free community college.

In the same article, when asked what else he would do to make college affordable, he stated, “If you agree to come back and serve your community in an in-demand, underserved area, we should wipe your debt clean or not allow you to accrue it to begin with.” As time goes on, we should expect O’Rourke to take a more official stance on the issue.

The last candidate I’m going to highlight is Sen. Elizabeth Warren. Warren has been very vocal in her opposition to student loan debt and for-profit industries during her time in the Senate. Sen. Warren has also been a critic the Department of Education’s oversight in those areas.

Most recently, she joined Sen. Hassan (D-N.H.), in a letter to the Deptartment of Education, calling for the department to re-establish a mechanism that allows citizens to autonomously report fraud and abuse in federal financial aid programs. In regards to ways in which the senator would try and eliminate student debt, she has said that proceeds from her proposed tax on the richest Americans could possibly be put towards student loan relief. Although Warren has not officially stated what she plans to do to fix the system, we can expect for her to be hard on student loan industries at the very least if elected to office.

No one really knows what will happen in the 2020 election, or if any college-cost reform legislation will get through Congress anytime soon, but there’s still hope. This is the best time for everyone, especially college students, to get involved with campaigns on the grassroots level, or even show their support online at sites like freecollegenow.org.

Bracing for the Google Stadia