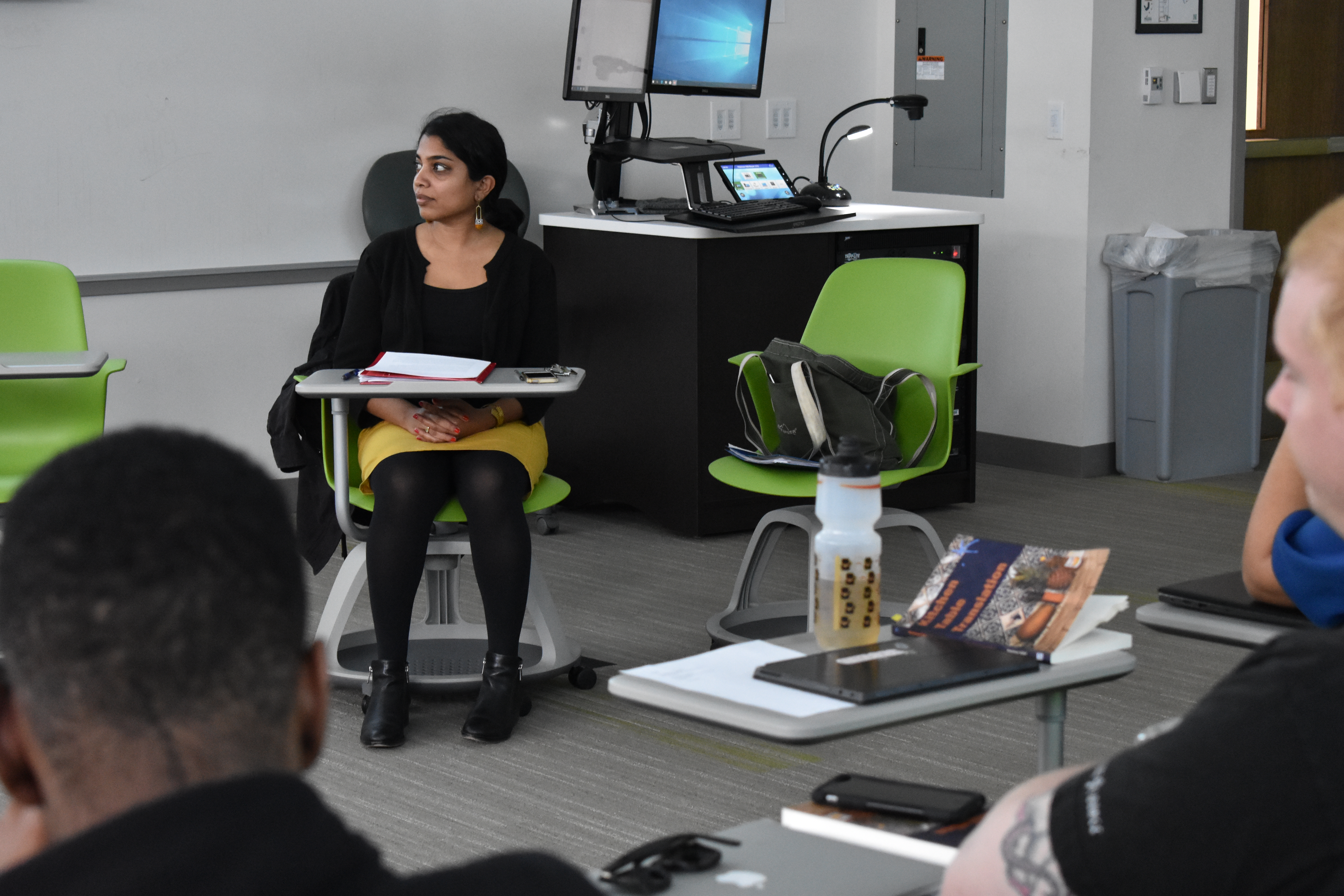 On April 4, educator, translator and author Madhu Kaza led a talk in the Worlds in Words Translation Series about her work with the first language she ever spoke, Telugu.

At an event at the Center for Fiction in New York City, she took offense to a round of answers to questions about diversity in translation from a group of translation editors.

At the time, she had just returned from a trip to Ghana, where she had the opportunity to engage in some local translation that was exciting, stimulating and necessary.

The editors on the Center for Fiction panel insinuated the inferiority of some ethnically diverse works. One editor said that they have a map of Africa as a reminder to be more diverse in their selection.

Kaza equated their behavior to that of several European countries at the 1884 Berlin Conference, where the entire continent of Africa was carved into several different colonial territories.

Throughout her life, Kaza has dabbled in many languages, including French, Spanish, Italian, Danish, Hindi and the focus of her translating work, Telugu.

“I translate because I’m an immigrant,” Kaza said. She was born in India and immigrated to the U.S. when she was 5 years old. English is her language of highest fluency, but Telegu is the first tongue that she encountered and spoke.

Often, Kaza hears of monolingual English speakers who read a book and become inspired to become language translators. Much less often does she hear of immigrant or diasporic translators, who she believes have a very important role to play in the academic work of translation.

“I felt like I lost a life when I left,” Kaza said of her move from India to the U.S. So, when she was around 17 years old, Kaza decided to reclaim some of that life and started the journey of becoming literate in her first language.

Telugu is a regional Indian language that is spoken by over 80 million people. However, the number of translated texts published in the U.S. is very small.

It took Kaza 13 challenging years from the time she began studying to achieve her first translation.

Kaza said that Telugu and English never overlapped in her life. She also struggled to gain the access that she needed to quickly learn the language. While there are systems set in place to learn languages like French and Spanish, the Telugu equivalents of these systems were much harder to come by.

Kaza also found the cultural differences between English and Telugu as a barrier preventing more buy-in from publishers. The values and “aesthetics” of the two languages were noticeably different, which helped account for the lack of “publishable” works.

“I didn’t like the work that I was reading,” Kaza said. While she believes American writers exist in a very apolitical space, she found the Telugu writings she was translating to be incredibly political, characterized by the writers’ pointed beliefs systems.

Rather than dismiss these writings as “other,” which she was tempted to do, Kaza decided to embrace the differences between the languages to see how and why they could be contrasted.

At the end of the day, her labor paid off. She began to engage with contemporary literature and help fill a void in Telugu-to-English translations.

To Kaza, translating helps people understand the weight of their words along with opening up space to explore the culture of the person doing the translating.

3030: Shave the Workout! Order From a Delivery Bot