What comes to your mind when you think about entrepreneurs? You probably recall the people who have made millions with their companies, and even have Hollywood productions about their lives. Names like Zuckerberg, Jobs, Musk and Bezos might be some of the first names that pop-up in your head when the word “entrepreneurship” is mentioned. But what about the people that are starting their business now?

Refati Abulazi, a pre-med student who is pursuing a degree in physics, Aizier Aizimati, who is studying business administration, and Jesse Elliot, a pre-law student, are three Mason students who are examples of new entrepreneurs who are creating their businesses now. After facing the struggle that many students go through to purchase all the required textbooks for their courses every semester, they decided to create a solution for these students. That was the beginning of MyBook Inc.

Abulazi came to Aizimati with the idea of creating a platform made by students, for students, where they could easily re-sell and buy their textbooks by directly communicating with each other instead of using third-party stores or retailers, who often keep most of the money for these transactions of used textbooks by buying them for low prices and charging premium on the buyers.

Aizimati loved the idea, and they started meeting at a Starbucks location in Fairfax to further develop it. Elliot, who kept in contact with them since they met at a Mason transfer orientation, soon came on board as well after Abulazi and Aizimati shared the idea with him.

Now, after months of research, development, adaptation, people coming and going and a lot of hard work, they are the directive team of their soon-to-be-launched company. Aizimati serves as the Chief Executive Officer (CEO) of MyBook, Abulazi is the president of the company and the day-to-day operations are in the reliable hands of Elliot, Chief Operative Officer (COO). The team is now comprised of 12 members, who are mainly students at Mason and NOVA Community College(NOVA).

This team, as well as Mason and NOVA, is very diverse, including members who come from Latin America, Turkey, India, China and other places around the world and share this vision of a company “by students, for students” with the creators.

This diversity is, according to the directives, one of the key features of the company. “We value the talent and ideas more than anything,” Abulazi continued, “Having so many people with different types of backgrounds allows us to get the best ideas and perspectives.” 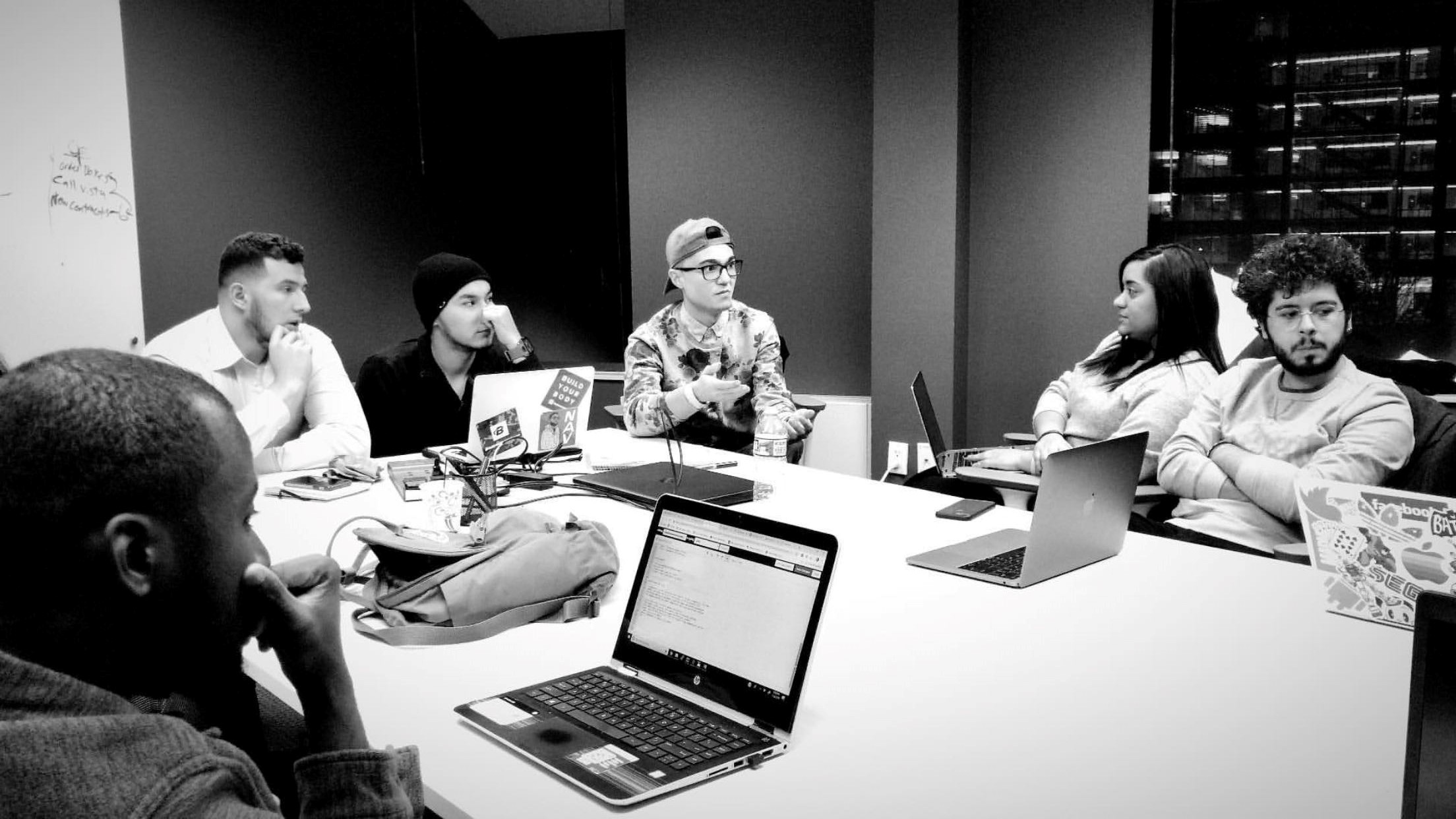 One of these perspectives is given by Berke Sutcu, an experienced web-developer from Turkey who currently studies cyber-security at NOVA. Many students struggle to both gain experience and try to find companies with big names for their internships and first jobs so their resumes are more attractive for future employers. Berke aimed for a different goal instead, joining MyBook five months ago, and is now thriving to make the company’s vision come to life.

Being a college student and starting a company is not an easy job, and most of them have other responsibilities to take care of. Nevertheless, they perceive this as part of the process. “We never come up with an excuse about time,” Aizimati said. “If we have an assignment to do, we will get it done.” Abulazi complements this affirmation about the spirit of the company, adding that, “Time is never an excuse, because we know this is what we want. This is our passion.”

When asked about the biggest obstacle that they have faced during this process, all of them agreed that recruiting the people they needed was the hardest part. A company is certainly not a job for five people, and Aizimati recalls speaking to at least fifty people while sitting at Starbucks, just to get three or four of those prospects to join them when they were starting.

“We couldn’t offer a $100k a year like big companies,” Elliot said. “We can’t give you anything but a vision and a promise. That was the biggest obstacle at the beginning,”

They eventually became better at recruiting, and now the recruiting and meetings are done at their office in the Mason Enterprise Center, where their operations are based—and the coffee is free.

What has not changed about MyBook is their mission. The company’s slogan, “Learn more. Spend Less,” reflects this attitude.

The team wants their platform to be a tool that students can use not only to trade their books, but also to create bonds between peers getting to learn more from each other as well.

The company is expected to launch their website exclusively for Mason in mid-April, and their plan is to positively impact the life of the students as well as help them relieve some of the financial stress that comes with being a college student. In the future, MyBook plans to add more than textbooks to the products that can be posted for sale on their platform, including all types of college materials.

The dream of these young students of Mason is coming to life, and they expect to expand this model to different colleges and universities in the area after this.

“You’ve got to try to get to know if your idea may work,” said Elliot. If it doesn’t work, at least you tried. You got smarter and then you can move to the next challenge.”

Students can find more information about this innovative platform on their social media accounts, such as Facebook and Instagram, @mybookofficial.