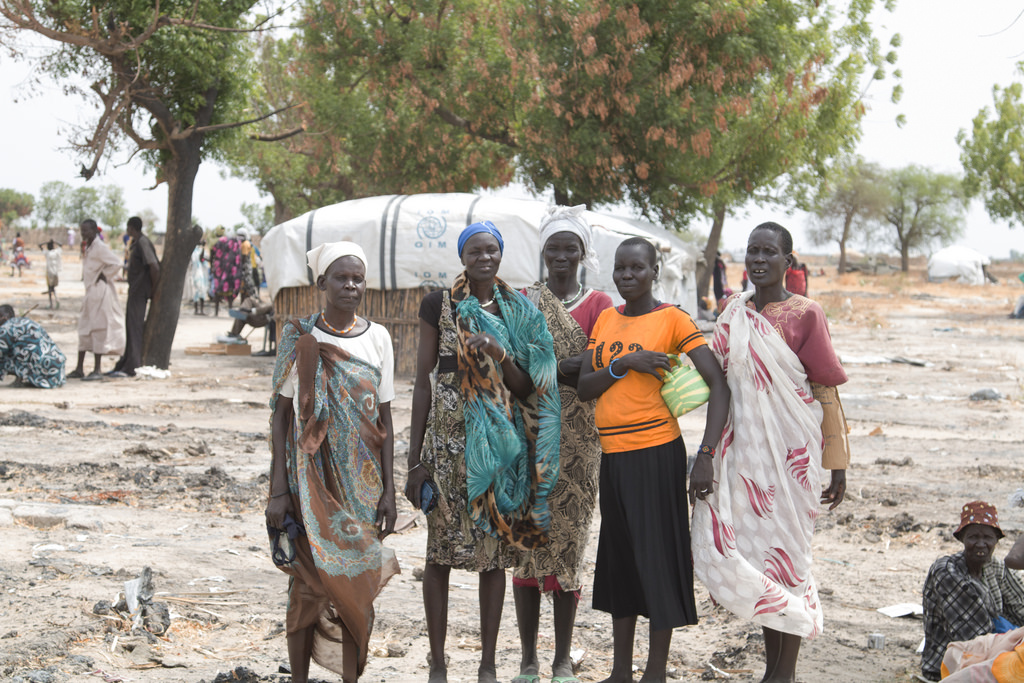 The world’s youngest nation, South Sudan, was first recognized in 2011 and has been engulfed in civil war since 2013. The country is often known in the media for its refugee crisis, high amounts of violence and a general lack of transparency by the country’s government when it comes to these problems.

Elizabeth Munn, a sophomore at Mason studying global affairs, has conducted research into the country’s major problems and possible improvements and solutions.

“While I’ve been interested in Africa specifically for a while now, I had never had a particular interest in South Sudan specifically,” Munn wrote to Fourth Estate. “Instead, it was the human rights aspect that drew me into the topic. I am also really passionate about research, which is how I came to intern at the Council on Foreign Relations for the Africa Studies department.”

In a blog post published March 14 on the Council’s website, Munn highlighted the human rights abuses that South Sudan has been participating in, as well as how these abuses are tied to the massive amount of oil found in the area.

According to an Associated Press report from last August, South Sudan’s oil reserves are the third-largest in Africa., Its economy is dependent on the 3.5 billion barrels the country holds in reserves.

“The story of South Sudan easily could be … the story of oil in other parts of the world,” said Benedict Carton, a professor of history affiliated with the African and African American Studies department.

He continued, “The pursuit of resources always … brings [a] territory to people’s attention. And when it’s outsiders seeking those resources, ’because they need it for their own industrialization or their own modern economies, it can create havoc on the ground.”

However, he also stressed that locals can be complicit in violence as well, acting for their own profit and “becoming the equivalent of warlords.”

In both the blog post and a report by the Human Rights Council released last month, the state-owned oil company Nile Petroleum Corporation (Nilepet) has been complicit in funding the civil war as well as lacking proper ethical standards, including “transparency and independent oversight.”

Additionally, several government ministers have been appointed to the board of Nilepet by President Salva Kiir Mayardit, who has held the position since the country first became an independent nation. Currently, three members of the government hold positions on the board, including the first undersecretary for the ministry of petroleum and mining as well as the first undersecretary in the ministry of finance and economic planning.

Members of South Sudan’s National Security Services (NSS) are extremely loyal to Kiir. Akol Koor, head of the Internal Security Bureau, which comprises part of NSS, was reported to be a member of the board by several sources. On Nilepet’s website, however, there is no mention of his name. He is not listed to be a current board member.

“In the case of Nilepet, it is a state-owned oil company, and it is completely under the thumb of the government and National Security Services (NSS),” Munn wrote.

She continued, “The government can appoint individuals to positions in Nilepet, which allows it to control the decision-making process. Until there is a level of accountability and transparency in the practices of Nilepet and NSS … it is going to be complicit.”

Accountability and transparency within the South Sudanese government is poor, as well. This means that the safety of those fighting to expose any injustice is never guaranteed.

In 2018, more than 10 humanitarian workers were killed, while journalism critical of the government has been threatened by Kiir publically. His government has barred newspapers from covering topics such as protests in Sudan as recently as January, the Committee to Protect Journalists found.

“So this is a problem,” Carton said.  “When a leader is … both defended (sic) and won freedom, it’s very hard for those leaders who, every day, live with the possibility of being killed in defense of the people, to share power or give up power,” Carton said. Elections for the Sudanese presidency are currently scheduled for 2021. They will be first since the nation formed, having been postponed in both 2015 and 2018 because of the civil war.

The most recent agreement for peace, the Revitalized Agreement on the Resolution of the Conflict in the Republic of South Sudan, has missed several deadlines and has moved very slowly in making progress toward its goals. The Human Rights Council’s report states that, even though the agreement has brought hope to the area, “it has not delivered immediate relief of their humanitarian situation,” with many still displaced and/or experiencing intense food insecurity.

“A primary issue with the peace deals in South Sudan is that they aren’t covering all of the actors involved,” Munn said. “The 2018 peace agreement focuses on power sharing between the original two conflict parties—Kiir and [Riek] Machar [the country’s former vice president]. Today, there are several different rebel groups that have emerged since the start of the conflict in 2013, and these groups aren’t even included in the peace deal.”

Carton said, “The formation of new nations is fundamentally about trying to get over distrust, so that’s actually the default position.”

He continued, “Trust … is the aspiration, and it’s often unreachable, right? So this thing of trust is fascinating, and what unifies people when you’re fighting against [a] common enemy is the common enemy, and then when the common enemy recedes or actually evaporates, then you’re left with … each other.”

In the future, Munn wishes to further her research on the continent: “I want to continue working with Africa, but I would also like to work with women’s rights and environmental issues. Africa, women and the environment are my three loves, so I’d really like to find a way to combine them all in my future work.”