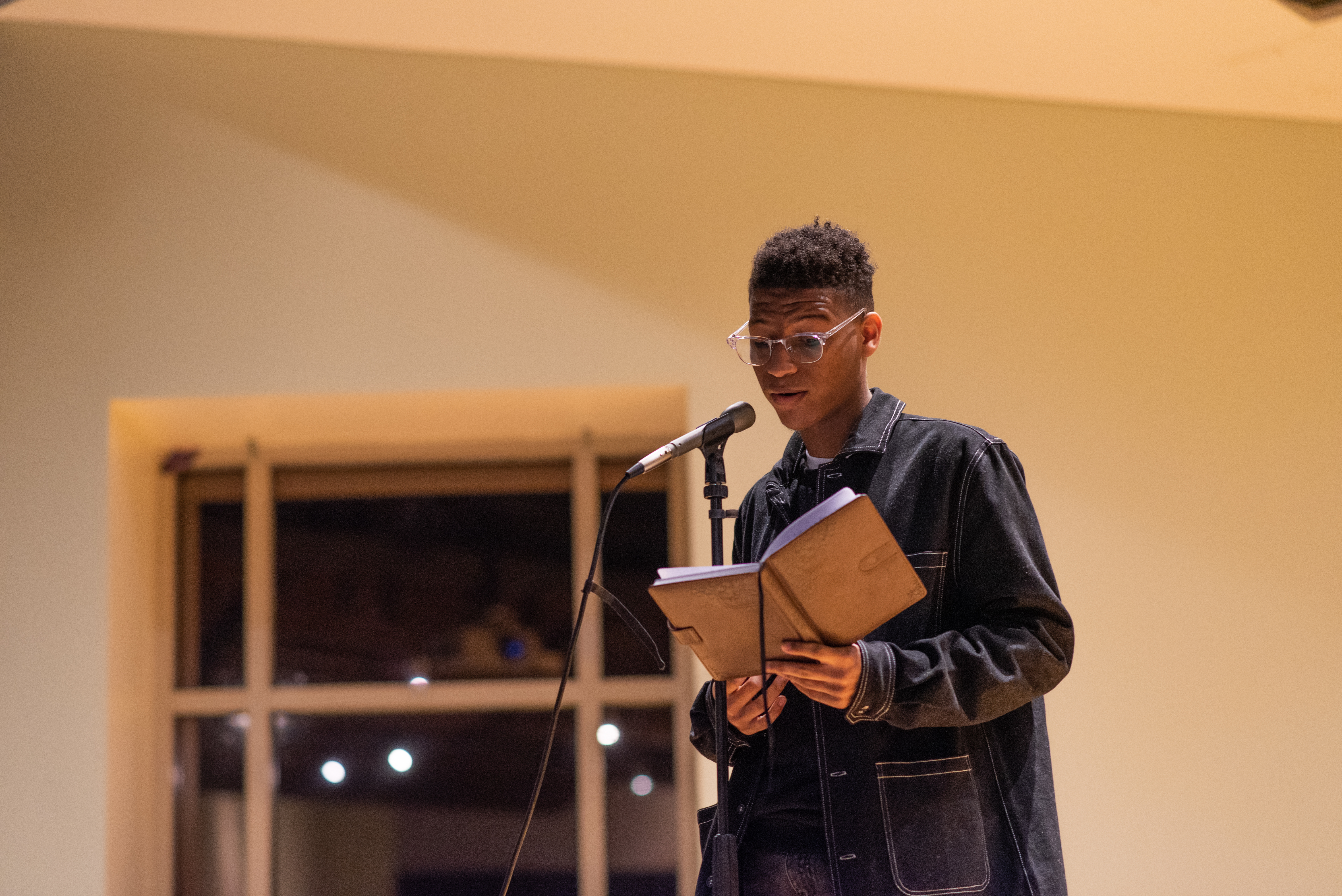 Those who performed signed in as viewers grabbed both their pizza and their seats. Students filed toward tables topped with recent editions of Volition, accompanied by flyers of future events and promotional pens.

Any student with something to share was able to participate in open mic night. A majority of the people there Thursday evening were not published artists in Volition, but rather ones who had never even shared their work out loud before. Those who had poetry or spoken word to share with the crowd were particularly abundant, like sophomore transfer student Rita Mulugeta, who performed for the first time here at Mason to get used to a performance atmosphere.

Love inspired many artists performing at the open mic night, with themes ranging from self-love to true love to heartbreak. Many of these lovestruck artists used prose to best exercise their creative outlets. 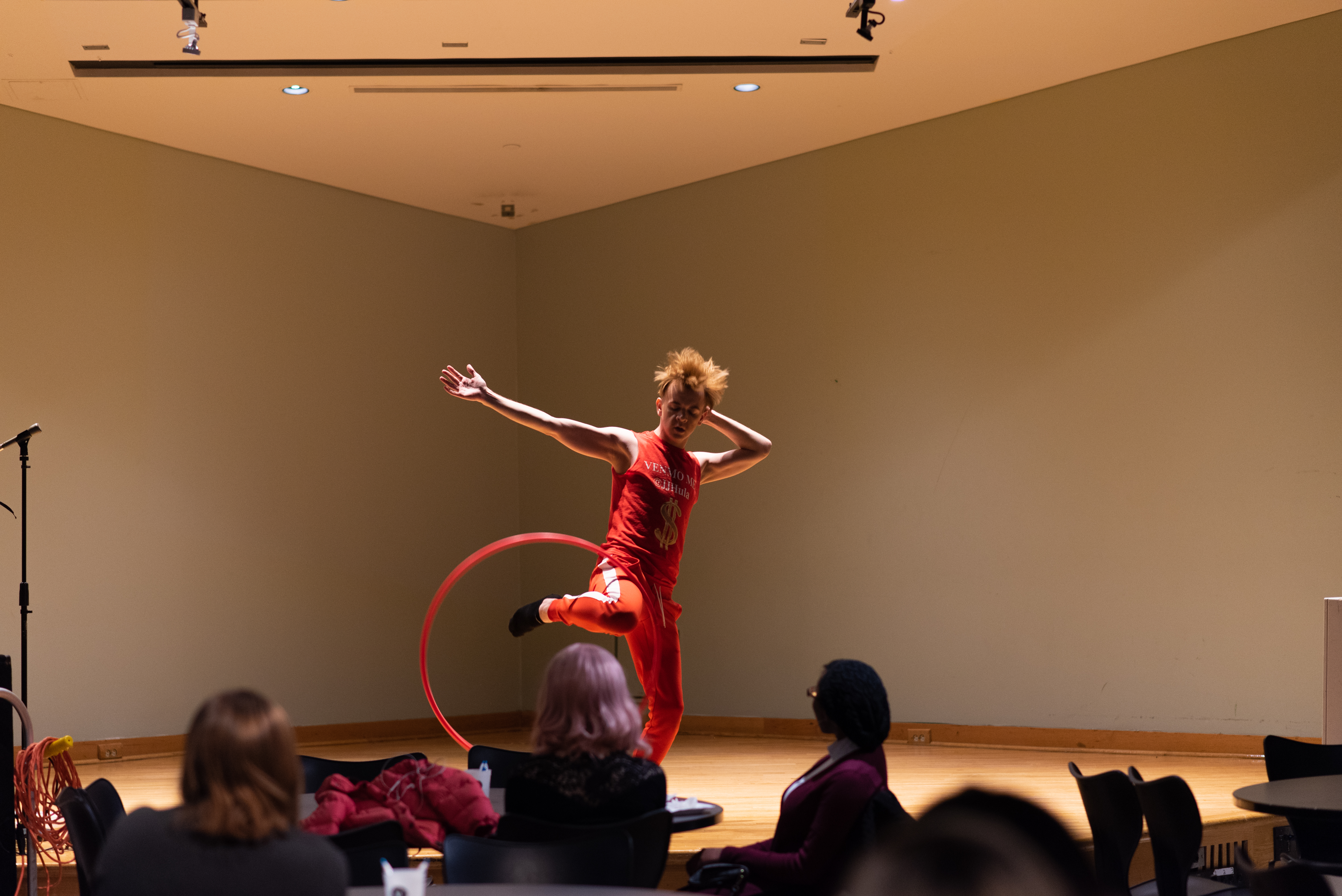 Those who did not perform spoken word expressed themselves through other, unique forms of art.

A hula-hooper named James Fredrickson caught the attention of the crowd, walking up to the stage in red pants, red sunglasses, a black, reflective jacket, a red shirt that read “Venmo Me @JJHula” and, of course, a red hula-hoop. Aside from his appearance, Fredrickson’s performance is what stood out to many attendees. Shrieks, snaps and claps came from the audience as he hula-hooped to an Ariana Grande song. Fredrickson ended his performance by notably gliding the red hoop around his nose.

Stand-up comic Christian Escoto came next, poking at himself and his mother’s defamation of his character  while receiving laughs from the crowd. Two musicians followed this comedy, with Abrar Rahman performing on an electric guitar and Ricky playing a song on an acoustic guitar. The latter included the audience in his performance by establishing a sing-along portion of his act, which prompted a wave of cell phone lights from the crowd.

The performers appreciated such a crowd while up on stage. It was a good, no-judgement zone for those who wanted to share their work. “It’s really nice being on stage and hearing, ‘you go girl,’” said Bobbie Foster, a senior here at Mason.

Ayleah Hanton and Karolina Blaziak are the executive editors of Volition and were in charge of organizing the open mic night.

The next open mic night is March 28, and the deadline to submit to Volition for the spring semester is March 31. All interested can go to volition.gmu.edu for more information.