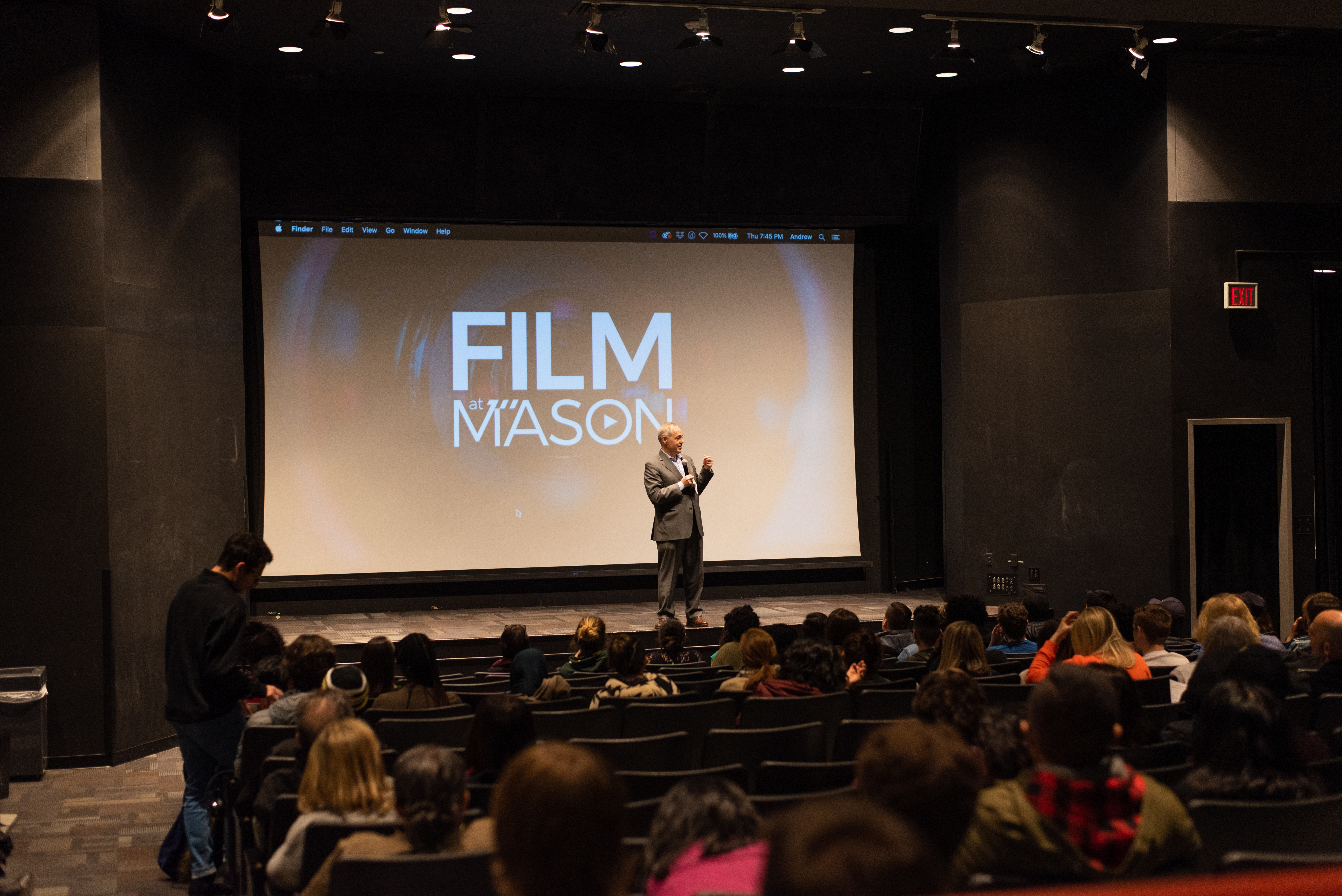 On Thursday, Feb. 28, Emmy award-winning filmmaker Heather Courtney visited Mason for a film screening of “The Unafraid,” followed by a Q&A portion with the audience.

“The Unafraid” stretches over a period of four years from 2014 to 2018 and observes the lives of three high school seniors, Alejandro, Silvia and Aldo, in their fight to change Georgia state law that bans DACA recipients from the top five public universities and makes them ineligible for in-state tuition at public colleges.

Courtney explained that she and her co-producer Anayansi Prado had an interest in the stories of  undocumented immigrants and wanted to highlight the obstacles they had to overcome. Once Courtney happened upon “Freedom University,” an underground DREAMers group in Georgia, she knew she’d found her story. “We wanted to tell a different story than what is kinda seen in the media—the 4.0 Harvard graduate kind of DREAMers’ story. We wanted to tell a more universal story of DREAMers and not just a poster child story,” Courtney said.

When Courtney was asked about the nature of her collaboration with Prado, she replied, “We each had different perspectives because she was a Latina and an immigrant … We both were very much on the same page about the kind of film we wanted to make and we both were very passionate about the issues. We were a good team.”

Courtney and Prado were strategic in their editing, as they wanted the audience watching the film to form their own ideas on DACA legislation and recipients.

The style of Courtney’s films tends to be observational. She specified that she likes the story to “speak for itself” which is why she utilized the personal stories of the three student activists in Georgia. “We tell it through personal stories because we feel like that is gonna have a much bigger effect on people than something that’s just about the issues,” she said.

Courtney also described her approach to organizing the film. “What I try to do with all my films is have the people watching the films see themselves in the people on the screen, even if those people are very different from them,” she said.

Attendee Karla Mondochi personally related to the film’s message. “I wish at the time that I went to college that I would’ve seen movements like this and videos like this, because … I got into Mason, but at the time they were considering us [DACA students] as out-of-state. So my world was crushed because there was no way I could pay that tuition,” Mondochi said.

The film captured a truth about DACA recipients that brought eye-opening realizations to the students of Mason, whether it related to strength and dedication or the imperfections of the higher education system. Even students who did not have the same background as those in the film were presented with revelations that changed their initial perspectives.

A subject in the film, Aldo, had one message he desired for students to keep in mind. He said, “[The message] I want students to think about is not to take their education for granted. Also try to realize that [undocumented immigrants] are humans. We’re just like [U.S. citizens]…We’re here. We’re not invisible.”